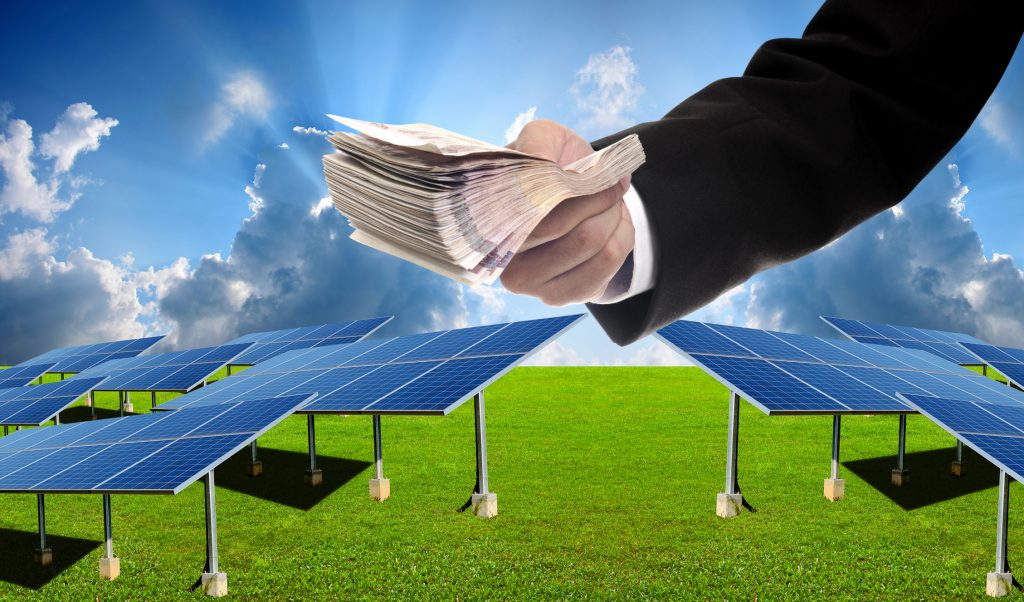 By Alan Pryor and Richard McCann

On Tuesday night, 22 people called to comment to the City Council in opposition to the City of Davis entering a lease option agreement with BrightNight to develop a solar project on a parcel next to the City’s waste water treatment plan. After the controversy had risen to a high profile, the City Staff issued a “Q & A City of Davis Solar Lease 4/15/20” to defend its decision. Unfortunately, their response is misleading and filled with errors.

We go through the Staff’s individual responses, question by question in their order. Our responses address the gist of the question. You can follow the link to the Staff’s answers by themselves if you are interested, but you should have a good understanding of the issues after reading this article. Because answering these questions completely is a lengthy endeavor, we have divided this into three parts. This is part 1.

The Staff’s answer is simply disingenuous. The lease option agreement gives BrightNight the option to lease the land — the City does NOT have the option to NOT lease the land to BrightNight if BrightNight affirmatively exercises its option. Further, the option agreement expressly says, “…within thirty (30) days following the delivery by Optionee to City of the Exercise Notice, City and Optionee shall execute the following: (a) a Lease with respect to the Property, to be negotiated between the Parties during the Term, and approved by the City Council after compliance with all requirements set forth herein, based on the Term Sheet attached hereto as Exhibit “C” (the “Lease”)”  (Emphasis added). This functionally means the ‘terms” of the lease have already been negotiated. Staff and Council have otherwise implied the lease still needs to be negotiated, and they can get a better deal during that future negotiation. It is true that the Option Agreement does state “Both Parties acknowledge that the Term Sheet represents a preliminary agreement and that the Solar Development details will be determined based on the findings of the Parties during the Term.” However, only the “Solar Development details” will be finalized later. This has to do with the size and/or the type of the solar system.  This phrase does not at all indicate that term, pricing, and/or other contractual terms in the lease can be renegotiated.

Further, the Option Agreement expressly states that only 30 days are allowed for negotiation of the lease after the option is affirmatively exercised. That is hardly a sufficient period of time for a complex document to be finalized. Additionally,  the Option Agreement stipulates that “Notwithstanding the above, in the event that the Lease is not able to be placed on the agenda of a regularly scheduled City Council meeting within thirty (30) days following the delivery by Optionee to City of the Exercise Notice, the Lease will be placed on the agenda of the next available City Council meeting.”  This puts further pressure on the Council to accept the deal “as is” rather than have more time available to negotiate terms more favorable to the City.

If the lease option doesn’t include the important elements of the future lease, what if BrightNight decides to walk when more stringent terms are requested by the City? In that case the City will have given up five years of value on that land by waiting around when another developer might have stepped in and made a more substantial offer.

Q2.  Is the lease rate at market value? Were all uses considered?

Staff has not provided any information to substantiate their claim that other uses with higher value were considered. Staff simply looked at the alternative use as agricultural land. The failure to look at alternatives, shows that the Staff did not consider how to maximize the value of that land. The next question is whether the Council was presented with this analysis before last week? And if so, it should have been presented publicly, not in closed session, because it was not part of negotiating limited price and terms for the specific agreement. All of this information is publicly available by State law and should be provided to the public and the Utilities Commission to prove that solar lease rates and the other mentioned factors were, in fact, actually considered.

Q3.  How was the lease rate determined?

The City’s Answer: Research recommended valuing the solar lease similar to a long-term orchard lease, which can also tie up the land for 50 years. According to the most recent Yolo County crop report, the average annual revenue per acre for orchard products is about $2,050. Using 22.5% as the property owner’s share of that revenue, the rental rate comes out to about $460 per acre per year. In the Lease Option Agreement with BrightNight, the City receives a rate of $454 per acre on the farmable portion of the premises.

The Staff’s method of calculating comparable income by relying solely on average orchard income in Yolo County grossly underestimates productive almond ranch income because the majority of almond orchards in the County are either older (20-25+ years) with declining yield or newly planted orchards(<5 years) that are just starting to dramatically increase yields. Modern productive almond orchards on close spacing with micro-sprinklers can easily produce average yields of 3,000 lbs of good almond meats per acre. Last year’s average price from the Blue Diamond growers’ co-op was about $2.25 to $2.50/lb for good meats, depending on the quality and variety. Thus, a modern productive almond orchard should generate between $6,750 and $7,500/year. Alan Pryor has personally leased an almond orchard for over a decade for 25% of revenue, and knows of others who have paid and/or received 30% of revenue for leasing high quality orchards in their peak. At 25% of $6,750 per acre/year to 30% of $7,500 per acre/year, this would produce an average per acre return of $1,687.50 to $2,250 or just about 4-5 times what the City is receiving for their leased acreage. That the Staff did not have sufficient information to

develop this analysis reflects how this was hidden from the City process that would have better informed this negotiation.

Q4.  The City did not utilize the RFP process for this solar deal. Why?

The City’s Answer:  The City Council can seek a competitive process for leasing City land and/or buildings, or it can seek a negotiated process with one tenant. The process chosen depends on circumstances and the City Council’s priorities and goals. Some City assets have been leased through a competitive process and others have been leased through a negotiated process.

The short answer here is that the City did not decide to issue an RFP because it did not think it had to do so (or thought it could get away with not doing so).  For reasons that they haven’t explained, the City decided not to issue an RFP simply because they didn’t want to do the work that issuing an RFP requires.

The Staff’s lack of effort and diligence in maximizing City values and meeting its objectives is stunning. A quick Internet search yielded more than a dozen other large scale solar development companies with “infinitely” more solar development experience than BrightNight.  A quick phone call could have easily yielded a measure of interest from them. Why did Staff not call any of them? The same internet search turned up four different solar consulting firms that would have provided a free initial consultation to get an idea of prevailing rates.  Why did Staff not call any of them?  That is a question that Staff has not yet answered.

The City’s Answer:  The City’s procurement policy, with its sole-source provisions, applies to the purchase of goods and services. In the case of the land lease, the City is not purchasing anything. It is selling an option to a possible future leasehold interest in a piece of City-owned property. The City is the landlord, not the buyer.

There is nothing to preclude the City from using an RFP process to lease this site, which likely would have provided a greater economic return. Has not the City ever solicited an RFP for leasing a property?  Although State law does clearly say that municipalities may lease property up to 55 years, it is silent on whether it has to use an RFP process or not.  But since Staff did such an inadequate market research, and their efforts to otherwise determine fair market value were so minimal, it only stands to reason that they should have used an RFP process to validate their very sketchy estimates of fair market value.

Further, with much more dire implications, the City claims that a lease of City land is exempt from the sole source contracting requirement, therefore not needed, or even necessarily prudent. Given that it also is claiming these can be negotiated in closed session, that means that the City can give away City property to friends and associates with no outside review or oversight.

Richard McCann:  Richard is a Davis resident and much of his work has focused on identifying market trends, and developing and assessing incentive structures in both energy markets and environmental regulations. He has analyzed and designed both wholesale and retail electricity pricing and identified key technological and institutional factors driving pricing factors. In particular, he has addressed both the market and environmental barriers to increased renewables energy development.  That work has included utility-scale, community or neighborhood, and customer-side resources. He also successfully persuaded electric utilities to institute asset acquisition programs that produced benefits for both specific customer classes and larger communities.  On water policy, he analyzed water transfer markets, water efficiency measures, and agricultural water management. And he has participated in a broad range of regulatory forums beyond energy and water, including air quality and greenhouse gases, and land-use planning.  He is a member of the City of Davis Natural Resources Commission,  a past member of the Utilities Commission, and a former member of the Technical Advisory Subcommittee of the city’s Community Choice Energy Advisory Committee which recommended a community energy agency.  That recommendation eventually bore fruit in the form of Valley Clean Energy (VCE), which saves Davis and Yolo County residents money on their monthly electric bill, with cleaner renewable energy to boot. Richard was just selected as a group member for city’s 2020 Environmental Recognition Award for his work on behalf of that Technical Advisory Subcommittee

Alan Pryor:  Davis resident Alan Pryor has a long career in commercializing large-scale alternative energy projects and other environmentally benign technologies. He is the founder and a director of Yolo Clean Air, a nonprofit organization that focuses on improving air quality for the benefit of environmentally sensitive individuals suffering from respiratory health problems – particularly children and senior citizens. He is also the current chair of the local Sierra Club Yolano Group (which has taken no position in this matter),  a member of the city’s Natural Resources Commission, and former Chair of the city’s Community Choice Energy Advisory Committee.

7 thoughts on “Guest Commentary: City’s FAQ on the BrightNight Lease Option Is Misleading and Factually Incorrect – Part 1 of 4”