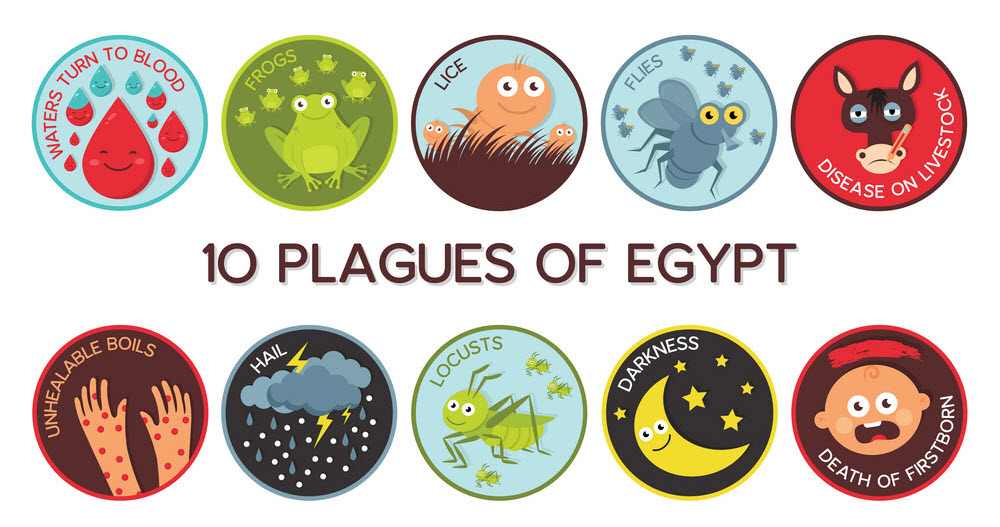 Many people have mined the lessons from the 1918 Flu pandemic to understand the history now unfolding in our current world-wide calamity.  These lessons are mostly medical and social.

But there is an even older story we can mine for political lessons. What I am referring to is the story of the Exodus and the plagues in Egypt.  This seems particularly relevant as the COVID-19 death rate continues to peak this week just as the Jewish Holiday of Passover is happening.  Jews in Davis and around the world will engage in home ritual retelling this story on both Wednesday and Thursday nights, the first nights of the Jewish Holiday.

The 3000-year-old Passover home ritual acts will seem strangely relevant this year. The ritual name “Passover” is to literally ask the plague to pass over our homes as we shelter in place. We are asked to wash our hands twice. To dip our food in saltwater. And to get over the plagues we’re asked to take two tablets — of the ten commandments. And go to Mt. Sinai — the real mountain not the hospital.

We will retell the Passover story, one of the amazing loyalty and self-righteousness of leaders.  It’s about a Pharaoh who leads the Egyptian people through 9 plagues: multiple diseases, agricultural failures and environmental catastrophes.  For the first nine plagues, Pharaoh watched the suffering of his people but remaining unswerving in order to save face and retain power.  He was buttressed by a government filled with family members, government ministers, and priests, people chosen as they owed their loyalty to Pharaoh the man. A breathtaking show of personal loyalty to

a leader chosen by divine right.

In fact, Pharaoh’s policy toward the Jews did not change until Pharaoh’s own eldest son died at the final 10th plague.

It’s an interesting contrast that the Jewish leader, Moses, was full of doubts as the story is told in the book of Exodus. Jews were far from unified behind his leadership.  We do not even mention Moses’ name once in the lengthy traditional Passover ritual recitations.

There is a sort of a pattern of Jewish treatment of its archetype human leaders: The Five Books of Maccabees which tell the heroic Hanukah story of a later armed Jewish liberation are in the Christian canon but are omitted from the Jewish Bible.

Effective leadership and “ratings” measured by popular celebration and attention seem to diverge.

Passover also asks us to remember the catalyst for the conflict. Hebrews had come to Egypt in order to escape an ecological crisis: a drought years earlier in the so-called “land of milk and honey.”  Jews are reminded of the lesson of these 400 years of being “the other” multiple times in the book of Exodus by the repetition of the phrase: “you know the feelings of a stranger, for you were strangers in the land of Egypt.”  As a consequence, we are told to have just one law for everyone, even refugees.

And finally, the Passover ritual reminds us that our liberation from Egypt was a collective affair. Our freedom, our redemption from slavery was not granted to act out libertarian ethics, but one calling us to a higher obligation of communal service. The Jewish concept of redemption is not an affair of the individual soul, but as a collective.  Pharaoh was told by Moses not just to “Let my people go” but rather “Let me my people go so they may serve…”

2 thoughts on “Guest Commentary: Remembering History of Past Plagues”