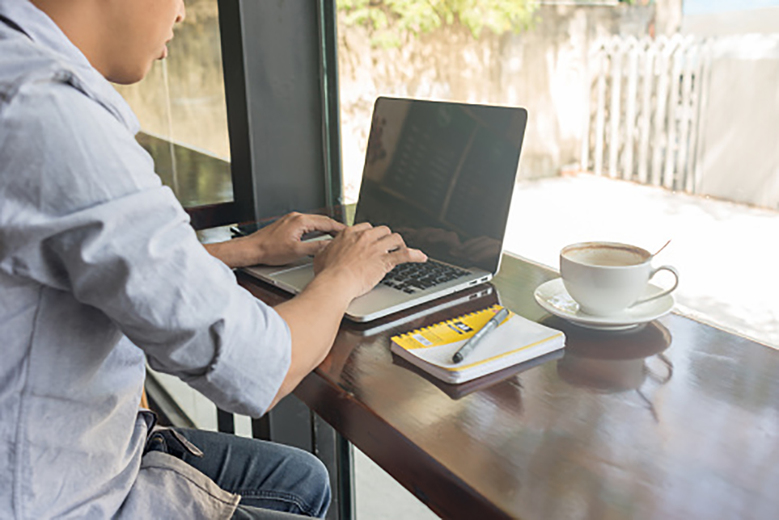 It was an emergency.  We had a virus bearing down on us that was much more deadly than the seasonal flu, at least twice as contagious and no vaccine or way to stop it other than to separate people—which unfortunately meant shutting down large swaths of the economy.

That we were caught with our pants down on this one is the subject for another time.  There are those who have started to protest the closures, which underscores the local and regionalized nature of this crisis.  One problem is that the rate has been uneven—NY for instance was hammered but they believe their infections have plateaued.  Los Angeles, on the other hand, has seen a huge rise in daily death toll.

Cities were hit first and suburbs and rural areas have lagged, which has led to not only uneven concerns but a politicized component.  The danger is if we open the economy now or relax stay-at-home orders, we will face a second wave that could be worse than the first, prolonging this situation another six months and greatly increasing the death toll.

I think there is another way.  Unlike a lot of people, I felt putting Tom Steyer on the governor’s economic recovery task force was a smart move, a successful business person who has an eye toward one of the next crises that we have to plan for—climate change, which will likely at this point create a need for a similar response.

The first point I want to make here is that I think if we do it smart, we can restart the economy, remain safe and plan for the next crisis.  But we have to understand that restarting the economy does not mean going back to February 1, 2020.  It means understanding that we have already disrupted the economy.  We have a shock to the system.  Why go back?  Fall forward, as they say in business.

That means fundamentally shifting how the economy works from top to bottom.  The good news is we now know we have the technology and wherewithal to do it, we now just need the will.

We can start with three major observations.  First, I started to see photos of streets that were largely empty in major metropolitan areas.  We started to see photos of places like Los Angeles and China, for example, where pollution has lifted because of the reduction of automobile travel and other emissions.  And from there I and many others realized that we can make a real dent in climate change if we figure out a way to pivot.

A disease is threatening to kill millions worldwide, and we don’t know how many millions climate change could kill.  What if this is the key to reversing it before it gets too late and building a new economy that can help us maintain our quality of life?

Second, we made a mistake, I think, in our handling of the economy.  Stimulus checks are nice to have but are one-time payments and will be short-lived.  The notion of essential versus is unessential

workers is flawed, arbitrary, and self-defeating.  Everyone’s job is essential.  Granted, our failure to plan meant we did not have a lot of time do things, but we have time now.  We basically stopped the economy and told people to go home, and either work from home or watch Netflix.

Third, we should be investing in pivoting how we fundamentally do business.  The stimulus plan is hard to access if you are a small business.  The system was complicated, overwhelmed and inadequate from the start.  But imagine a program that in the short-term is focused on keeping people employed and getting a paycheck so they can continue to perpetuate the economy—in the long-term changing the way we do business?

In the short term then, the goal is to keep us safe, allow for fewer person-to-person contact points, but also keep business open or re-open business.

In the long term, the focus should be to figure out how to change the economy fundamentally.

Think about this.  What we do is essentially is not very different from 1990, pre-internet.  Oh sure, we have the internet.  We have new high tech businesses.  We have technology.  We have disruptive industries like Lyft and Uber.

But at the core, most of us or too many of us get up in the morning, drive our children to school, and drive to work.  We work for a set amount of time.  We leave work, we pick up our kids, maybe schlepping them to soccer and gymnastics, take them home, eat, watch TV, go to bed and do it again.

Here’s the thing though.  What we do is very costly, not very healthy, doesn’t give us great balance and to some extent is highly unnecessary.  In 2018, the average commute time one-way was 27 minutes.  That means that the average person adds one hour of work to their day for which they are largely non-productive and for which they do not get paid.

We pay a tremendous amount personally and as a society for this inefficient means of getting people to work.  That’s not even talking about the GHG and other pollutants released during that hour of transportation.

Think about locally.  We are worried about roads like Mace Blvd.  That is congested in part because the I-80 corridor is packed to the brim with traveling vehicles.  We are going to redesign our roads to accommodate that.  Caltrans is going to expand I-80’s capacity.

And yet driving right now during peak hours, neither is a problem.

I have not even gotten into our education system.  We get to work like it’s 1990—or worse actually, since the commute time has exploded in time since 1980.  We educate like it’s 1890.

Our students have a set schedule—they plop themselves down in a physical school, the teacher gets up there and lectures.  They do some work at school, some work at home and that’s it.  There are computers in the classroom and the use of technology, but the reality is that you could transport these kids back to a 1950 classroom and, other than peripheral things, probably not shock them too much.

So the question that I think we all need to ask is how we change the system, to get it restarted safely right now but also to pivot into the future to meet the next crisis.  This is not theoretical.  COVID is going to be a threat for at least another year, maybe longer.  We will likely face another COVID or worse in the future.  And we have climate change that is lurking and we need to deal.

We have the technology—it is going to cost a lot more than $6 million but we can do it.

One thing is that we are already doing it.  The great thing for journalists is that, during this cycle, we can cover the news without leaving our homes or offices.  That means we can cover a press conference happening across the country because it is on Zoom rather than in person.  Why would we want to change it?

Zoom was actually set up to handle things like business meetings, and for many businesses people can now meet, they can discuss and confer without having to drive into a central office location or fly across the country.  Why would we want to change that?

A friend of mine is a realtor.  The economy is bad and getting worse, but the fundamentals here are important—they can put houses to show on video and people can, instead of having to drive and visit each home, visit many more houses virtually and, if they are coming from out of town, they don’t have to fly in to look to find a home.

Yes, at some point they may want to see a house physically before they purchase, but that is whittled down to one trip rather than several.  Realtors can show more people, more houses, in more places.

Schools—you definitely eventually want students to get into the classroom.  But you don’t necessarily have to do it every single day, all day.  You can have virtual classrooms, discussions, presentations, videos, multimedia presentations—the sky is the limit if we re-orient our thinking.

And if we do it right, we can save on travel, save on facilities, save on maintenance and upkeep.

One thing that people at the district realized they had to grapple with is the digital divide and the fact that lower SES students lack access to technology.  Suddenly it forced the district to solve that problem.

Retail can change.  We have resisted killing brick and mortar.  Certainly we don’t need to kill all brick and mortar.  But a lot is redundant.  But we can work to shift the way stores are done, and go to order and delivery via various platforms.

Movie theaters were a dying industry anyway.  Why do we need to leave our homes and drive to a movie theater to pay $20 for popcorn and soda on top of the $15 dollar ticket when we have a 70-inch TV and surround sound at home?

Stream new movies at home for a cost.  Buy subscriptions if you watch lots of movies.  Kill movie theaters – they are dinosaurs.

Yes, some industries will not survive this.  Many new ones will thrive.

We need to figure out what industries can pivot to more distance and technology based models and make those transitions.  Outside of a pandemic, we don’t need to kill human interaction, but we can reduce the need to travel to work physically for most people every day.

There will be some industries in which we do need to travel to work.  We need to figure out what those industries are, how we can support them, and how we can make those interactions safer and more efficient.

There are people who worry that people will be less productive working from home.  This is a transition.  It is doing something new.  So that part will take adjustment.  People may need to have bigger homes with offices in which they can sequester themselves.  We may have some people go work at smaller office hubs that are close to their house.

But there is a tradeoff.  If you cut down on commute time, you can work more hours to make up for loss of efficiency.  The costs will be less to commute.  I have had one tank of gas for three weeks, whereas previously I would fill up two or three times a week.  That’s money that is being saved and it adds up.

We need to figure out how best to transition, who should transition, and what industries will need support and technology infrastructure to make this happen.

But this is the answer to restarting our economy, keeping us safe now and slowing the transmit of COVID-19, while building a better and more sustainable future.

49 thoughts on “Sunday Commentary: How We Can Restart the Economy, Remain Safe, and Plan for the Next Crisis”