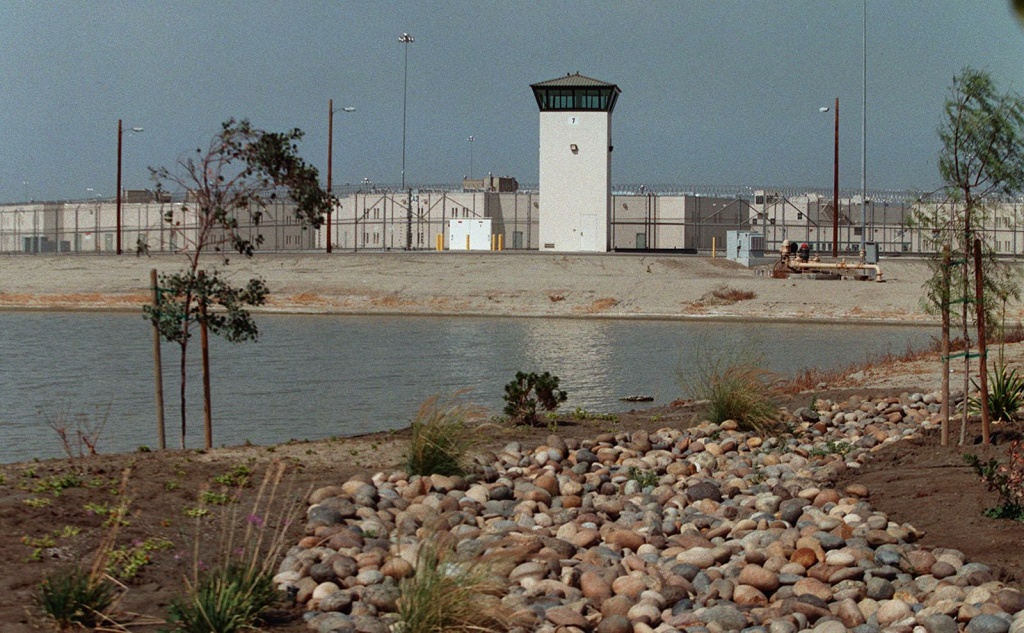 The Vanguard spoke on Wednesday to an incarcerated person located at Corcoran State Prison, a maximum security prison located in Kings County.

Criminal justice reformers and civil liberty groups are concerned that the situation inside prisons and jails is a ticking bomb in the COVID-19 pandemic—the close confines make social distancing impossible, there are few tests available, and health care under the best of circumstances is challenging.

That has led 31 prosecutors from across the country, like San Francisco’s Chesa Boudin, to urge releases from jails, prisons and immigration detention centers.

“Our country’s jail and prison populations have exploded over the last few decades, a result of people being prosecuted more often for less serious behavior; an increase in the severity of sentences imposed; and our cash-based pretrial detention system, which keeps hundreds of thousands of people in jail prior to any determination of guilt and merely because they can’t afford to pay bail,” a letter signed by 31 prosecutors read.

They write: “The result of these practices is overcrowded jail, prison and immigration detention facilities that force people together in close quarters without access to proper hygiene or medical care, sometimes living barracks-style in gyms or other open spaces, breathing the same recycled air for up to 23 hours per day. These conditions are fertile ground for the spread of a virus like COVID-19.”

The person located at Corcoran State Prison told the Vanguard that on Tuesdays, Wednesdays and Thursday, they now have access to free calls because they have had their access to in-person visits canceled as a means to prevent the spread of the virus into the prison.

The man is one that we believe to be wrongly convicted and could also be eligible for SB 1437 relief.

In order to prevent the spread, they have limited contact from the outside world, and even staff are making minimal contact.  He described an overriding sense of fear.

“They are basically keeping small groups together,” he explained.  “They are not mixing us with other parts of the yard.”

The guards come around “once and a while” but “they are not touching us” he explained.

“That’s the problem,” he explained.  “The nurses, the guards, the free staff, those are the ones that will bring it to us because we have no visits right now.  They shut down the visits.”

To eat, however, they go to the eating facility in a group of 50 to 80 people.

“They’re calling it a quarantine,” he said.  “But it’s not really.  A quarantine, we wouldn’t move.  We’re moving around.  We get to go out at yard.”

“That’s what’s messed up to me,” he said.  “They’re letting all the groups in one building go together to yard.  So if one of us has it, it would transfer to the rest of the yard.  They are not keeping us apart—they’re trying to, but not really.”

There are no tests for the virus.

“They wouldn’t test us—we’re dead,” he said.  “That would be for the guards.”

So far, “no confirmations,” but he believes “there is one on another yard.”

In Kings County, he said, “they’re only saying there’s four confirmed cases.”  Nearby Kern County, however, has a lot of cases.

He said “no one is showing symptoms yet” and “they only test when you show symptoms.”  The problem with that is that symptoms appear well after a person can transmit it to others.

Meanwhile, we got word from a person whose ex-husband is in the Sacramento County Jail about the conditions here.

The man has been held for two years now on no bail federal drug charges and is awaiting federal trial in Northern California.

“He has hardly had contact with his lawyers and has no idea when anything will move forward, especially now with the current situation,” she said.

He injured himself with his own contraband.  He now has had a colostomy bag for several months and was told he could expect at some time down the line to need further operations.

He is now severely ill with similar symptoms that led him to receive emergency surgery previously.

Getting medical attention has proved difficult.

After refusing to leave the medical area until someone saw him, he finally “after quite some time agreed to take the laxative medication they were offering him, despite feeling that was not going to help his situation, if they agreed to make sure he saw a doctor the next day.”

A guard found him lying on the floor and yet nothing was done.

That illustrates the general state of medical attention these prisoners are getting.

But what was perhaps more alarming is that the woman told the Vanguard he called earlier in the day on Wednesday and still had not seen a doctor—despite his known medical history.

Moreover, he told her that the people showing signs of COVID-19 are not getting seen by doctors and no one is testing anyone.

“There isn’t anyone here to see anyone,” she told the Vanguard.  “They have a few people in isolation, but they aren’t testing anyone even if they have symptoms.

“He sounds a little scared because he keeps being ignored,” she said.  “I know that medical care for prisoners is a huge issue as is. But I was shocked to hear there is nothing being done regarding possible coronavirus cases in there.”

San Francisco District Attorney Chesa Boudin warned last week in a Forbes interview, that, without reforming the system, we are not going to solve the COVID-19 pandemic.

“It’s an extremely high risk and a serious one, not only to the people who are in the jails and prisons, but also to the people who work and visit there,” Mr. Boudin told Forbes.  “We have a real concern that jails could be a major vector for the spread of disease for a number of reasons. One is what we call ‘churn,’ which is the large number of people going in and out of jails and prisons every day, as well as the staff going in and out every day. That includes food delivery staff, guards, counselors, and more. Even if a prison has been shut down, there’s a minimum staff required to maintain that facility.

“How can we protect people from it?” he asked.  “Well, unless we reduce the prison population, we simply can’t.”