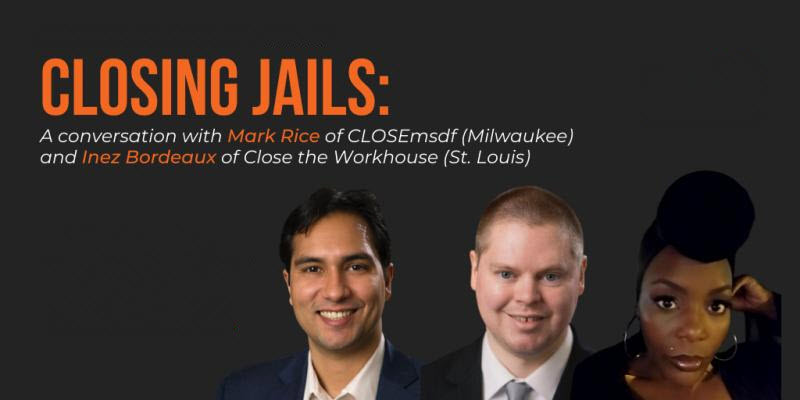 Closing jails and prisons goes beyond simply closing down a building.  If done right, it means changing the laws so that fewer people end up incarcerated—an important issue in a system of mass incarceration, but now with the proliferation of COVID in our jails and prisons, a matter of literal life and death.

Janos Marton, a civil rights attorney who is running for Manhattan DA, hosted a discussion on closing jails and prison—a discussion he said is more important than ever, given the challenges of dealing with COVID-19.

“If we’re serious about shrinking the actual size of the carceral, particularly the number of beds in our jails, that’s how we’re actually going to make the system smaller,” he said.  The size

of the prison system used to much smaller—as late as the 1970s, but since the 1980s, the number of people in jail and prisons has skyrocketed despite recent efforts at reform.

“When we started the close Rikers campaign, we had a pretty audacious goal—we want to close the Rikers Island jail complex, significantly reduce the number of people in jail in New York City and invest in our communities,” Marton said.

As he explained, this wasn’t just about closing a jail and replacing it with a new one—as some are advocating now—but rather replace it with a system with far fewer people incarcerated.  That requires laws, policies and investments to make it possible.

The population at Rikers peaked at more than 20,000 during the height of mass incarceration.  There are less than 5000 people there today.

“It’s about changing policy, but it’s about closing the building so people can’t end up there,” he said.  That’s the goal with the close the jail campaigns, “we want to preclude the use of those cells ever being used again no matter who’s in charge.”

Mark Rice works on the Close MSDF campaign in Wisconsin.

Rice explained, “We’re facing a crisis of overcrowding in our prison system, it’s especially urgent right now with the emergence of COVID-19.  The system is way over capacity.”

In Wisconsin, the prisons were designed to hold around 17,000 but at present there are more than 24,000 people in the system.

Rice explained that the current governor while running for office promised to cut the state prison system’s population in half.

“He also promised to close Milwaukee Secure Detention Facility (MSDF) as soon as possible,” he said.  “Unfortunately he’s moving forward with those goals very slowly, which is not acceptable at this current time.”

MSDF was built with the express purpose of housing people who violated rules of supervisors.  That means 9 out of 10 people at the facility are there for technical rather than criminal violations of the law.

Rice said, “In Wisconsin as a state, we have some of the worst racial injustice in the United States.”

In Milwaukee a certain zip code has the highest incarceration rate in the US.

“We’re seeing a disproportionate impact on black and brown communities,” he said.  “At MSDF black folks make up 60 percent of the population.”

Inez Bordeaux, who is working to close jails in St. Louis, said, “I don’t really believe that the criminal justice system can be reformed.  How do you reform a system that knows that injustices are happening and does nothing to correct them?”

She cited the case of Lamar Johnson—wrongly convicted in Missouri.

Bordeaux is working on closing the St. Louis Workhouse.

When the campaign started two years ago, there were about 600 people housed at the Workhouse.  Today that number is 108.

She said that the ability to shrink the size reflects the point they have been making from the start.  St. Louis is a relatively small city—around 300,000 people.  “We don’t need two jails,” she said.  “It’s also about ending cash bail in the city, because cash bail allows the Workhouse to exist.”

Racial disparity is a huge factor in St. Louis, a city that is about half black, and yet “we make up 90 percent of the people in the Workhouse.

“Of those 90 percent, 90 percent of those people are being held pre-trial,” she said.  “They haven’t been convicted of anything, they’ve simply been accused of a crime.”

On average, people are incarcerated for 10 months prior to going to trial.

Inez Bordeaux described the living conditions at the Workhouse as “unconstitutional.”

She said, “It’s infested with rats and roaches.  It has black mold growing on the walls.  It has no air conditioning and St. Louis has notoriously hot summers.  There’s very little heat in the winter.  The water smells funny.  The toilets are always stopped up.  The showers don’t work very well.

“People are living in those conditions, all because they have been accused of a crime,” she said.

Bordeaux calls for re-envisioning public safety which she says means, “decarcerating from the carceral state.”

How have things changed during COVID—has it made the situation more urgent?  The answer seemed to be no, it hasn’t changed the fundamental problems—but it may have exposed them.

During this time of COVID, though, she noted, “Our level of urgency hasn’t really changed all that much.  Just because the Workhouse can be a death sentence for someone.  People die in the Workhouse every year.  It has always been a matter of life and death.”

Mark Rice said his state is releasing people for low level misdemeanors but he believes that needs to be expanded to those who are being held for technical violations of parole and probation.

“Much more needs to be done,” Rice said.  “Even with those small incremental changes, there are still dangerous overcrowding situations in much of the prisons.  Social distancing is really impossible in a lot of the prisons throughout the state.”

In April, the ACLU filed a lawsuit seeking the release of elderly and vulnerable people from state prisons in order to avoid a dangerous outbreak that would further strain the state’s health care capacity and put public health at risk.

“Right now Wisconsin’s overcrowded prisons are a ticking time bomb that threatens the health of all Wisconsinites, especially people of color who are disproportionately impacted by mass incarceration,” said Chris Ott, ACLU of Wisconsin executive director.

Janos Marton said, “One thing that has not changed (are) the problems in the criminal justice system.  If anything it has exposed it to a broader audience in a dramatic way like never before.”

He said that in March as we learned about COVID-19, “we knew instinctively that it was going to absolutely decimate people in our jails and prisons.”

Unlike other areas of society, with the overcrowding conditions at many facilities, “you can’t do social distancing there.  We struggle with basic health amenities even under normal circumstances.”

Under the best of circumstances, he said, Rikers Island is not a place where you want to get sick or injured.

“Clearly, when we’re in a pandemic, we’re very nervous about how this would affect our facilities and the people in them,” he said.  The key is to get people who are vulnerable out of the prison system.

But both Mark Rice and Janos Marton live in states with a Democratic governor who has tremendous clemency power but has refused to use it.

“There’s a path forward we can take,” he said.

Janos Marton called out Governor Cuomo: “Here it’s unbelievable, Andrew Cuomo gets up on television everyday and says we need to save every life that we can, however we can, and yet he has the power to grant clemencies immediately to lots of people and he has refused to grant a single one.”

Share:
Tags:Andrew CuomoClosing JailsCoronavirusDecarcerationJanos MartonRIkers
Previous : Defendant Hope for Sympathetic Judge Doesn’t Work Out – Case Ongoing
Next : BIG DAY OF GIVING – DOUBLE YOUR IMPACT – TODAY YOUR DONATION WILL BE MATCHED UP TO $2000

4 thoughts on “A Discussion on Closing Jails and Prisons”