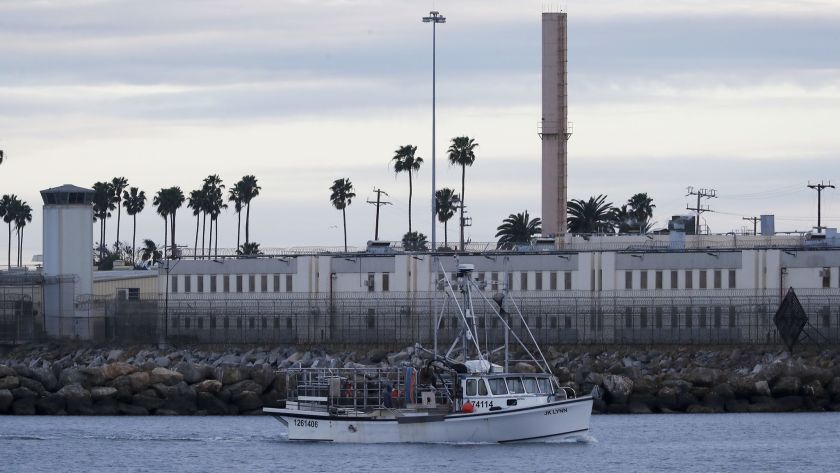 The ACLU of Southern California among others has filed a class action lawsuit on behalf of incarcerated people at two facilities – Terminal Island and Lompoc. COVID-19 has swept through the federal prisons in Lompoc and on Terminal Island like wildfires.

“One week ago today, Scott Cutting became the seventh incarcerated person to die due to complications from coronavirus at FCI Terminal Island. Despite being 70 years old, having preexisting conditions, and showing symptoms for days, he was not tested for coronavirus until his symptoms were so severe that he had to be placed on a ventilator. He was serving a 26-month sentence when he died,” lawyers for the ACLU and others write in one of their suits.

They add, “On Wednesday, May 13, 2020, James Lino, became the eighth incarcerated person to die due to complications from coronavirus at Terminal Island.2 He was at Terminal Island in part due to his long-term preexisting conditions. Lino was 65 years old and serving a 34-month sentence when he died.”

They argue, “It was precisely in anticipation of cases like those of Mr. Cutting and Mr. Lino” that Congress has modified curent laws to allow the Federal Bureau of Brison’s “discretion to allow  home confinement during the COVID-19 emergency period.”

More than 900 people incarcerated in Lompoc have tested positive for the virus — that’s more than 65% of positive tests in all of Santa Barbara County where the prison facilities are located. And more than 700 people, including several staff members, have tested positive on Terminal Island in Los Angeles. At least eight have died.

But this crisis need never to have reached such horrific proportions. Through a series of unconscionable delays, blunders, and failures to follow official guidelines, the situation grew unimaginably worse. And still, Terminal Island and Lompoc prison officials refuse to take adequate remedial actions, including those approved by the U.S. Congress and Attorney General’s office.

It’s not just a medical and humanitarian crisis, but also a violation of the Eighth Amendment of the U.S. Constitution that protects against “cruel and unusual punishments.”

behalf of people incarcerated in the Federal Correctional Institutions in Lompoc and on Terminal Island.

“Prison officials’ deliberate indifference has endangered the lives of the thousands of people imprisoned in Terminal Island and Lompoc, including those who have high risk health conditions,” said Naeun Rim, a principal with Bird Marella. “Congress gave prisons broad authority to release low risk offenders into home confinement so that it could reduce overcrowding and save lives. But officials failed to use that authority. We will hold them accountable in court.”

The only true remedy is to reduce the prison populations to allow for adequate social distancing and sufficient access to medical care during the pandemic. That’s impossible under current conditions in these crowded low- and medium-security facilities where much of daily life — including meals and lining up for medical care — is communal, and bunk beds are only three-to-four feet apart. Taking measures on behalf of people incarcerated on Terminal Island was especially critical because the low-security prison is specifically for those with medical and mental health conditions.

Reducing prison populations is one of the aims of the federal Coronavirus Aid, Relief, and Economic Security Act (CARES) signed into law on March 27. It gives prison officials broad discretion to allow transfers to home confinement and in addition, Attorney General William Barr specifically urged the transfer of people with medical conditions especially vulnerable to serious illness and death from COVID-19 infections.

“While the rest of California took extraordinary measures to stop the spread of coronavirus, the Bureau of Prisons failed to take preventive measures as basic as isolating sick prisoners, allowing social distancing, or providing enough soap,” said Peter Bibring, senior staff attorney at the ACLU of Southern California. “Their deliberate indifference to the risk of disease violates the constitution, and puts both those in prison and the surrounding community at risk.”

The class-action lawsuits were filed on behalf of several named plaintiffs, including:

At Lompoc, Yonnedil Torres, 24, suffers from chronic asthma. During the COVID-19 outbreak in the prison he developed fever, diarrhea, and body aches, but his requests for medical assistance were ignored for five days. Only after he collapsed in his cell with acute respiratory shock was he tested and found to be positive. Torres was put into a medically-induced coma and on a ventilator, but has severe lung damage.

Vincent Reed, 53, has hypertension. After developing symptoms of COVID-19 and testing positive, he was placed in solitary confinement and then transferred to an unsanitary housing unit with others who were infected. He languished there without treatment, then was put back into the general population without being re-tested.

On Terminal Island, Lance Wilson, 35, has hypertension and asthma. On May 6, he tested positive for COVID-19 and suffers from body chills, night sweats, and migraines, but has not been allowed access to a home confinement application.

Maurice Smith, 50, has hypertension and asthma, and is pre-diabetic. When COVID-19 broke out at the prison he was transferred to a space in a vermin-infested warehouse with no heating, potable water, or hot water for showers to keep himself clean.

Other plaintiffs’ circumstances are described in the lawsuits.

“The Constitution requires that prison officials provide a safe environment for people in their custody,” states Donald Specter, executive director of the Prison Law Office. “Not only are these two prisons extremely dangerous, but they confine people who are especially vulnerable to COVID-19.”

Both lawsuits ask the court to direct the Lompoc and Terminal Island prisons to decarcerate, during the pandemic, people who have vulnerable medical conditions that could lead to serious illness or death from COVID-19 infections. Exceptions would be individuals who pose serious flight risks or danger to others.

For those who remain, the lawsuit asks that the prisons provide adequate spacing for six feet or more of social distancing. It also asks that people receive, without charge, individual supplies of hand soap and paper towels, and access to hand sanitizer, daily showers, and daily clean laundry, plus other measures.