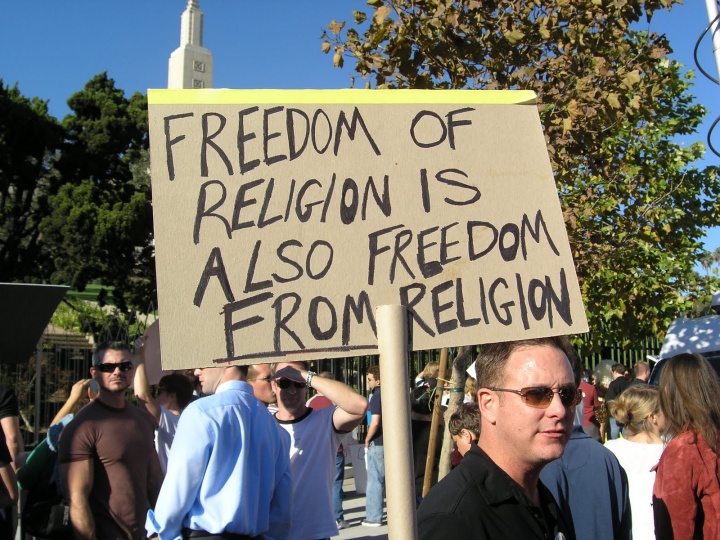 “If it weren’t for lies, there wouldn’t be any politics” – Will Rogers “The smart way to keep people passive and obedient is to strictly limit the spectrum of acceptable opinion, but allow very lively debate within that spectrum—even encourage the more critical and dissident views. That gives people the sense that there’s free thinking going on, while all the time the presuppositions of the system are being reinforced by the limits put on the range of the debate.” ― Noam Chomsky

The civil discourse of the U.S. has been polluted with lies and misdirection since its inception, but never more than now. One of the latest attempts to limit debate is “Braver Angels”–the name is a variation of Abraham Lincoln’s “Better Angels,” to whom he appealed in his first inaugural speech. The civil war began three months after

Conservative christian billionaire Phillip Anschutz provided the initial funding for Braver Angels/Better Angels, and the organization now sponsors seminars and “debates” and supposedly is bipartisan, although I’ve been unable to find any trace of left-of-center organizations providing funding for them.

I’ve written about their seminars before, but not about the “debates” they sponsor. Their latest debate resolution: “Is Socialism a Threat to Freedom?”–a trick questions like “Have you stopped beating your wife?”

Of course any government that regulates the population, never mind one that owns or regulates productive enterprises, is a “Threat to Freedom.” The publicly-owned (socialist) enterprise known as the Sacramento Municipal Utility District (SMUD) provides electricity 30% cheaper than privately-owned PG&E. And PG&E management was bad enough that its executives had to consult with criminal attorneys since their negligence in maintaining their infrastructure caused serious fires in Northern California, burning to the ground the ironically-named town of Paradise.

Not debated by “Braver Angels”: How bad a threat to freedom, never mind the pocketbooks of the customers, is such private ownership? Could Socialism remedy the abuses of monopoly, at least in some cases?

The “freedom” debate is illegitimate enough that one could say having to drive on the right side of the road within the speed limit limits freedom. A New Year’s resolution to go to the gym, is a threat to freedom. How about debating “Resolved: Getting

married is a threat to freedom”?

Even the Libertarians threaten freedom. They do support the freedom to ingest any drugs you want, or the freedom to have legal prostitution, but they also want to enforce draconian property rights that prevent meddling governments from interfering with factories’ freedom to dump their carcinogenic toxic waste into rivers. Are the people downstream “free” to get cancer?

In practice, Libertarian, “free” markets produce a kind of feudalism. The successful Libertarians can persecute the less successful because they have “earned” their success. Those born on third base have even “earned” the right to claim they hit a triple. (see “Dark Leviathan” for one example.)

So the “freedom” debate is just more ideological pollution. How about “Do private monopolies limit freedom”? Nah! That would be outside the spectrum of acceptable debate questions.

Mark Dempsey is a former Realtor and member of a Sacramento County Planning Advisory Council. He runs: It’s Simpler than it Looks