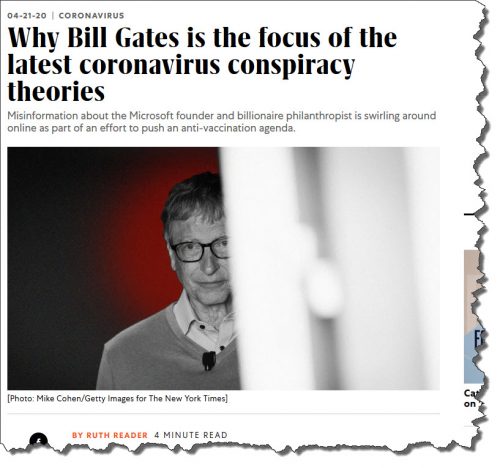 I have been through a few prolonged crises in my time at the Vanguard, and one thing I have learned is very important—there will be tons of rumors flying around and it is really important not to report information unless it is verifiable from a reliable source.

I have a love-hate relationship with social media in the first place.  From a professional standpoint it allows me to reach audiences I could never have reached.  From a personal standpoint it has allowed me to reconnect with people from my past and present.

The amount of misinformation and sometimes disinformation out there is appalling.  People are posting memes and unreliable “news” links without checking to see if they are posting current or accurate information.

Some people will thank you for pointing out it is false, misleading or dated.  Some will argue with that.

I see this as a real problem and it is something that is increasing the polarization we are seeing over the COVID response.  There is a large subgroup of people who think this is a government conspiracy and some of it bleeds into the mainstream—with a lot of it on both the far left and the far right.

One person I have been sparring with on Facebook is a fairly well respected former Davis resident who moved down the road several years ago.  Well educated.  Far left.  Anti-vaxxer.

The people pushing the “Plandemic” view of the world are not just on the right.  My acquaintance is a big believer in Dr. Judy Mikovits—who of course is one of the main figures in Plandemic.  And she is also a big believer that Dr. Anthony Fauci is a fraud (her words).

To back up her theories that COVID is some form of hoax, she posts these kind of marginal characters and “doctors” on YouTube.  She sends me these videos and tells me to watch them and see if I now agree with her.

Here’s the thing: I have seen enough of this stuff to know that most of if is, if not outright fake, poorly sourced and constructed and it falls apart.  The problem is I don’t have time to go through each video, and show her why it’s false.

One of the big targets of these conspiracy theories is Bill Gates.  Remember, one of the big drivers here is the anti-vaccination movement and he has been putting his foundation’s billions behind the development of a vaccine.

She sends me this video that just was posted a few days before—it purports to be Bill Gates briefing the CIA in 2005.  I watched maybe two to three minutes of it.  I’m not an expert on Bill Gates,

but it resembled him a bit.  But he was talking about using vaccines to change genes and wipe out extremism in Muslim terrorists.

To say the concept was far-fetched and something out of a conspiracy-laden sci-fi would have been an understatement.  I didn’t have a lot of time, I was about to get on a conference call and then a training.

So I asked a simple question: can you authenticate it?  In other words, I asked, how do you know it is what it says it is?

She responded, “Looks pretty authentic to me.  Can you authenticate that you’re really David Greenwald?”

That’s silly.  I explained to her that in order for evidence in court, for example, to be admissible, they have to establish that it is authentic and you do that through a chain of custody so that each step of the way you can verify how the evidence got from the scene to the courtroom.  That’s why the evidence scandal in Orange County is so egregious, because it puts huge swaths of evidence in question… but I digress.

This isn’t some fictional standard.  On my mobile device, I could find no indication of where the video came from.

She said, “You can take it for what it’s worth.  If that is indeed Bill Gates talking to the CIA with that specificity on a goal that is that void of soul, it really puts his intentions in question as many have been discussing – what you call ‘conspiracy circle.’”

She then continues: “Bill Gates is a proponent of eugenics.  He and Jeffrey Espstein both worked together on projects like this.  If you are truly into investigating you find this kind of information repeated from many sources.

“But as far as ‘authenticating’ you can decide for yourself if this video is worth consideration.”

Finally I actually get to my computer rather than a phone.  I look at the comments.  The commenters had clearly determined that it was not Gates and it was fake.

One commenter laid out: “This is 100% fake. Not only is this not Bill Gates, but this is not the Pentagon, the CIA or any military organization. This is a scene created for a documentary called ‘funvax’ which failed to meet its fundraising goal in kickstarter. Please thumbs up so people can know the truth.”

Once I Google “funvax” the first hit was a May 13 article from Reuters – “False claim: Video shows Bill Gates presenting vaccine for religious fundamentalists to Pentagon.”

Took me all of two minutes once I could actually see the comments.  But here is exactly the problem.  She didn’t make any effort to determine if it was real.  Her assessment was, “Looks pretty authentic to me.”

She didn’t want to acknowledge her lack of due diligence.  And even with people directly posting on the YouTube page that it was fake, she failed to do any scrutiny, would have posted it like she does countless others on her Facebook page—and her non-discerning readers and friends would high-five her and maybe share it to their friends.

Facebook is filled with webs of long-discredited videos, memes, outdated and fake articles and, despite some efforts, they remain up there in circulation.

And the thing is there is a sizable percentage of the population that believes this stuff—they believe that COVID is some sort of hoax and perhaps believe that Gates or Fauci or some other nefarious deep state entity is behind it.

11 thoughts on “Commentary: Anatomy of a Conspiracy Theory”