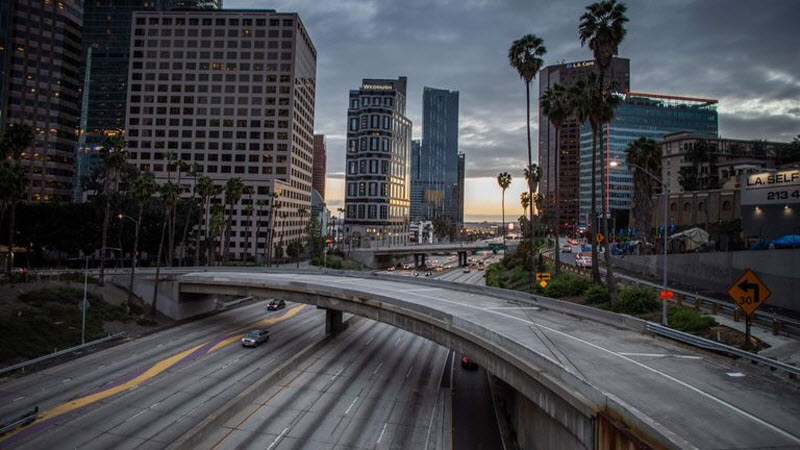 Americans drove drastically less, saved millions of metric tons of greenhouse gases, and, in some states, lost millions in fuel-tax revenue since COVID-19 mitigation efforts took effect in early March. That is according to the latest special report from the Road Ecology Center at the University of California, Davis.

“Although there are economic downsides to our new normal of reduced driving, there are silver, and even ‘gold and green’ linings that we can be thankful for, including less greenhouse gases, less money spent on gas, and fewer injuries and deaths from crashes,” said Road Ecology Center director and project lead author Fraser Shilling.

The report, “Impact of COVID19 Mitigation on Traffic, Fuel Use and Climate Change” is available on the UC Davis Road Ecology Center website.

The report recognized a correlation between the number of COVID-19 cases in a state and its traffic reductions. The higher the number of COVID-19 cases and deaths reported in a state, the fewer miles driven there. New York carried the highest rate of cases during the reporting period. Drivers there and in the surrounding states of New Jersey, New York, Rhode Island, Connecticut, Massachusetts and Vermont drove at least 80 percent fewer miles after shelter-in-place directives began. Nearby Washington D.C. saw the greatest drop of 90 percent fewer daily vehicle miles traveled. 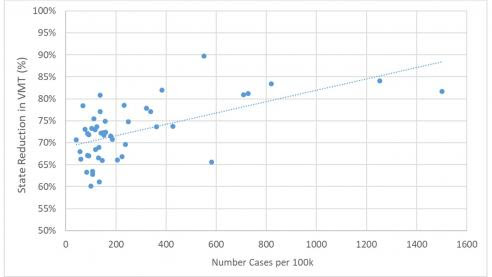 The higher the number of COVID-19 cases and deaths reported in a state, the fewer miles driven there. (UC Davis Road Ecology Center)

Fuel use dropped from 4.6 billion gallons in early March to 1.3 billion gallons during the second week of April, saving U.S. drivers $8.6 billion per week. It also resulted in fuel-tax revenue reductions, which vary by state.

In California, where vehicle miles dropped more than 75 percent, the state’s fuel-tax revenue under Senate Bill 1 (2017) also plummeted from $61 million in early March to $15 million for the second week of April. For an eight-week, stay-at-home order, the loss to the state is an estimated $370 million in funds that support highway construction, maintenance and transit improvements aimed at reducing emissions.

The drop in fuel use was accompanied by a significant drop in U.S. greenhouse gas emissions. 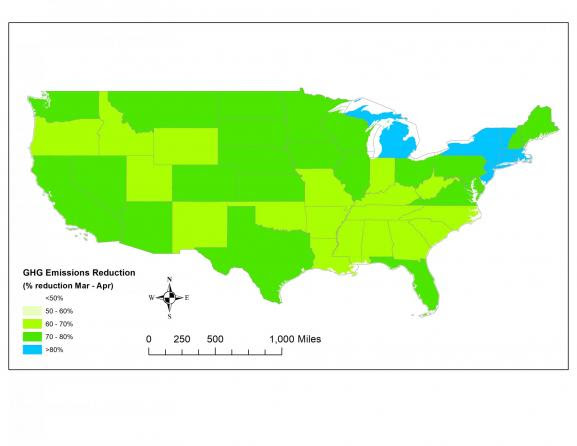 In California, greenhouse gas emissions from transportation are a greater proportion of total emissions than in the United States as a whole. So the state’s 75 percent reduction in local road travel was an even greater contribution to climate change targets. If traffic remained reduced by 75 percent for a year, the state would be on track to meet half of its 2050 emissions target by 2021.

The study acknowledges that the emissions benefits of stay-at-home orders could go away once normal activity resumes. It concludes with a hopeful note: “It is possible that the U.S. public could embrace the multiple unintended benefits of the pandemic response and retain some level of reduction in harm from travel and economic activity.”

9 thoughts on “COVID-19 Mitigation Efforts Could Put U.S. on Track to Meet Paris Climate Accord Goals”