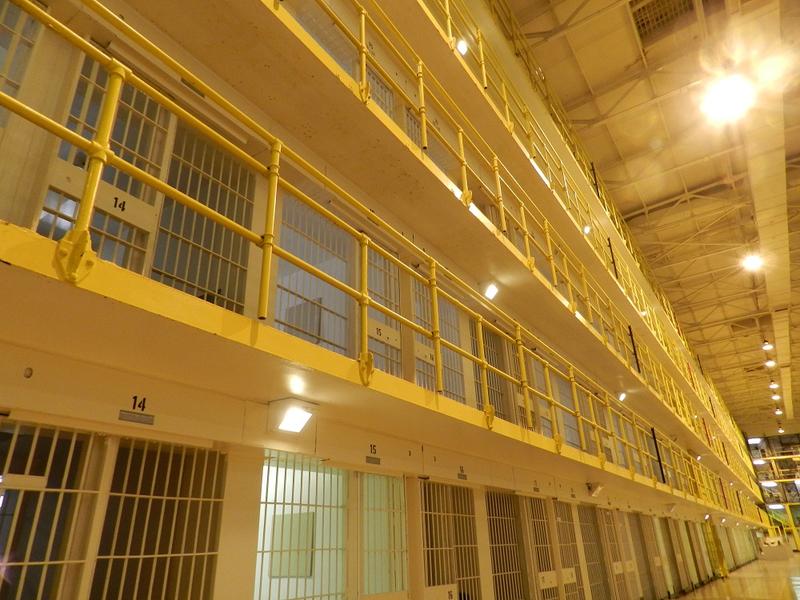 A district court judge who issued a temporary restraining order in the case said jail officials had not ‘imposed even the most basic safety measures recommended by health experts.’

A team of attorneys secured a swift victory late last month for people imprisoned at Michigan’s Oakland County Jail when they won a temporary restraining order requiring jail administrators to provide adequate soap, testing, and other health and safety measures in response to the COVID-19 pandemic. The order also prohibited guards from threatening incarcerated people with deliberate exposure to the coronavirus for expressing concern about conditions, asking to lodge a complaint, or refusing to work in unsafe conditions.

The same attorneys now are seeking to achieve their ultimate goal: the release of medically vulnerable prisoners and an order ensuring those who remain can practice social distancing and take other safety measures recommended by state and federal health experts.

“I think it’s very important for people to understand that these inmates are not suing the county for money damages,” said Kevin Carlson, one of the private attorneys representing the imprisoned individuals. Instead, Carlson said, they’re asking the court to force officials to “raise the level of safeguards against COVID-19 within the jail” and to release incarcerated people with preexisting conditions “who, regardless of how much is done, are in a position where they can’t protect themselves.”

Or, as plaintiff Raj Lee put it in a declaration to the court, “I fear that I may die in here.”

In Michigan, there have been 49,582 confirmed cases of COVID-19 and 4,787 reported deaths overall as of May 14. Forty-nine incarcerated people at Oakland County Jail have tested positive since the beginning of the pandemic, Undersheriff Mike McCabe, a spokesperson for the Oakland County Sheriff’s office, told The Appeal in an email. As of Wednesday, 10 were still positive. “No inmates have ever been hospitalized as a result of testing positive,” McCabe said. On Wednesday, the jail’s population was 639—down from 1,264 on March 10. “Our rated MDOC capacity is 1,508,” McCabe said.

The suit was filed on April 17 by a team of attorneys from the Advancement Project, the American Civil Liberties Union Fund of Michigan, and the Civil Rights Corps as well as lawyers in private practice in Michigan. The ACLU and the Advancement Project were approached by activists from Michigan Liberation after the group began a project to bail people out of the jail. While doing so, “we found out that the conditions that they were in were just horrible,” Earl Burton, an organizer for Michigan Liberation, told The Appeal.

The group approached the Advancement Project about going to court after first speaking to members of the Oakland County Board of Commissioners, County Executive David Coulter, and the jail administrator, Michigan Liberation organizer Julia Galliker said. “We did make certain requests but not necessarily with impact,” she said.

U.S. District Judge Linda Parker issued her temporary restraining order the same day the lawsuit was filed. Along with Lee’s sworn statement, 12 others from prisoners were submitted to the court as part of the suit. Antione Hudson wrote that he has “multiple myeloma cancer and stage three kidney failure” and is being kept “approximately ten feet away” from a cell block that’s under quarantine. “The deputies leave the doors between the blocks open” and “we are all breathing the same air,” Hudson told the court in his statement.

Other prisoners describe similar conditions. Either they are housed in annex areas that don’t allow for social distancing or they are kept in the main building in “the tanks,” where incarcerated people sleep on concrete floors and are packed so tightly together they are “essentially being forced to cuddle one another,” according to Advancement Project attorney Krithika Santhanam.

The sworn statements were submitted in advance of court hearings late last week, held virtually because of the coronavirus pandemic. During the hearings, the sheriff’s department staff told conflicting stories about whether social distancing is possible in any part of the jail. According to a May 6 report in The Detroit News, officials admitted that they cannot provide adequate social distancing to protect incarcerated people from the risk of COVID-19 infection. The next day, Curtis Childs, commander of corrective services for the county, told a different story in his testimony before Parker. Childs said he had toured housing areas of the jail that morning and believed the county could now comply, according to a Detroit News report on May 7.

Asked by Cary McGehee, an attorney for the prisoners, how four people in a holding tank would be able to maintain social distancing while in lockdown for 23-24 hours a day, Childs responded that they could remain near the corners of the cells and turn their heads, according to the May 7 Detroit News report.

Attorneys for the prisoners said corrections officials at all levels have demonstrated a cavalier attitude about prisoners’ safety, both while interacting with incarcerated people in person and in comments to the media. Carlson told The Appeal that several of the incarcerated people he represents reported that in the East Annex, nurses dropped off a 30-day supply of medications for prisoners’ existing medical conditions, “and said you’re on your own to take this when it needs to be taken.”

“And then there was very clear testimony from the declarations that when inmates reported symptoms that would be consistent with COVID-19, that they were denied health care by the nurses and by the guards,” Carlson added.

In granting her temporary restraining order, Parker found that the plaintiffs were “likely to succeed” in their claim that conditions at the jail violate their constitutional rights. Jail officials, Parker said, had not “imposed even the most basic safety measures recommended by health experts, the Centers for Disease Control and Prevention, and Michigan’s governor to reduce the spread of COVID-19 in detention facilities.”

Carlson said that jail officials have admitted in their testimony that they don’t provide special housing arrangements for medically vulnerable prisoners, “so medically vulnerable individuals who have medical conditions that have been determined by the CDC to make them more susceptible to infection or illness because of the coronavirus” are housed near residents who have either tested positive for the virus or have exhibited symptoms.

Bonita Cameron, the sister of Oakland County Jail prisoner Jamaal Cameron, criticized officials who are refusing to release her brother before his current planned release date in August. Cameron, who according to the initial filing in the case has bronchitis and high blood pressure, was housed in “the tank” at the time the case was filed “as punishment for raising concerns about the safety conditions in the jail.”

“Would they put themselves or their family members in that position?” Bonita Cameron asked. “Given that they only got until August to be there, would they sit them in there like that?”

Final briefs in the case were submitted Tuesday. Carlson expects a ruling to happen quickly, saying that Judge Parker “has been very attentive to this case, and understands that time is of the essence.”

Article was originally published in the Appeal.