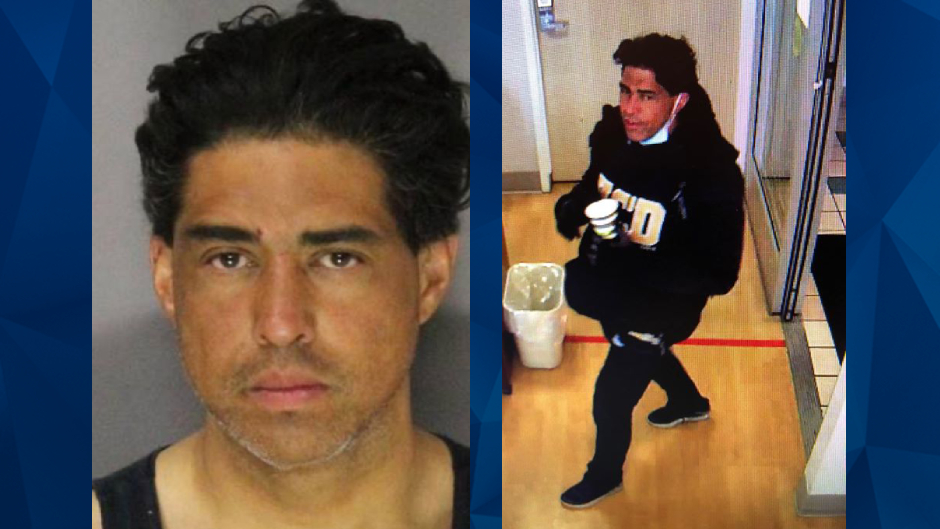 It was a bizarre case to begin with.  Shaun Moore, 40, made headlines locally when he was arrested for allegedly stealing a COVID-19 test sample from a Davis hospital. He is facing charges in Yolo County.  At arraignment two weeks ago, the DA tried to argue that he should be denied bail.

He was charged with two felony counts and one misdemeanor, which are attempted possession of a restricted biological agent, second-degree burglary and petty theft by false pretenses.

During the hearing in mid-April, the Yolo County District Attorney’s Office argued that Moore “poses a great risk to public safety” due to leaving the sample unattended which “poses a risk of death and bodily injury.”

They argued that he should he should be considered an exception to the California Judicial Council’s Emergency Order Rule 4.

But Judge David Rosenberg, while agreeing this was an unusual case, nevertheless decided that Moore, under provisions of the Emergency Order, should be released on his own recognizance but be given a GPS monitor and ordered to stay 100 feet away from Sutter Davis Hospital.

The judge reasoned: “I suspect this particular defendant has some mental-health issues that have to be sorted out, and I would invite the public defender to determine Mr. Moore’s (mental)

After his release, Moore was ordered to be supervised by the probation department and wear a GPS tracking device.

But of course the issue did not end there.

According to a release this week by the DA’s office, three days after his release, on April 18, Moore allegedly committed new offenses.

Given the fact that Shaun Moore is innocent until proven guilty, the DA should have modified the sentence with the term “allegedly” because we don’t know that he in fact committed those crimes—right now they are allegations.

That issue aside, there are questions about whether Shaun Moore should have been released in the first place.  We do not have a lot of details on the crimes—petty theft is stealing property with less than $950 in value.  A misdemeanor sexual battery is some sort of improper and illegal touching of an alleged victim.

The DA is of course using the incident, as we reported yesterday, to argue against the zero bail ruling by the Judicial Council.

The DA has in the last few weeks issued press releases about four times for such cases where a person released due to COVID concerns has subsequently been re-arrested on new charges after release.

In each case, he has merely stated the fact that the individual was released under COVID-regulations and has not argued for or against the rule, though the implication of the press release and purpose seem fairly clear.

Yolo Sheriff Tom Lopez was more outspoken, as in an op-ed a few weeks ago he said, “Unfortunately, the efforts of this office and the efforts of our public safety partners throughout Yolo County are not being considered as decisions at the state level are made and imposed upon us.”

Even more so was Riverside County Sheriff Chad Bianco who said, “It’s ridiculous and the people should be outraged,” speaking about the Judicial Council ruling.  He argued, “If you’re afraid or you don’t have the money to bail out of jail, don’t commit a crime.”

The problem is that people are innocent until proven guilty, many are committing minor offenses, and many more are suffering from mental illness.

On the issue of recidivism, a key point made by reformers is that, instead of looking at anecdotes, we should be looking at data.

Eli Savit, running for DA in Washtenaw County in Michigan, says “it’s important to focus on numbers right now, and not anecdotes.”

Looking at the numbers across the board, people like Jason Williams, a councilmember in the Orleans Parish running for prosecutor, points out that the recidivism rate for early releases is actually quite a bit lower than the overall recidivism rate.

A bigger problem in the case of Shaun Moore should not be whether he was released or not, but whether he received the support he needed.

This case, instead of calling into question the zero bail rule, actually calls into question the criminal justice system that has an approach of detain or release without providing the people being released with the necessary tools.

In another situation, Manhattan DA candidate Janos Marton made a key point, “If people are being released at the foot of the Rikers Island bridge with a metro card and the clothes on their back, we shouldn’t be shocked if not everyone has a great outcome. Getting people on their feet has to be part of the equation, for everyone’s benefit.”

Yolo County’s public defender notes, “If a large number of people released from jails and prisons re-offend, then we as a community have created a system that can be described as nothing less than a complete failure.”

In this case, Judge Rosenberg suspected there were mental health issues at play, then, instead of getting Moore the resources he needed, he was put on the street with supervision.

This is not an argument for pretrial detention. In fact, I would argue bail is patently unfair as well. A wealthy person arrested for the same thing as Shaun Moore would still be out on the street while the poor person would be behind bars, at risk for COVID-19 and other problems.

We need a better option here. The answer is not pretrial detention, it is better access to services and good mental health treatment for those who need it.

5 thoughts on “Sunday Commentary: Should Shaun Moore Have Been Released?”