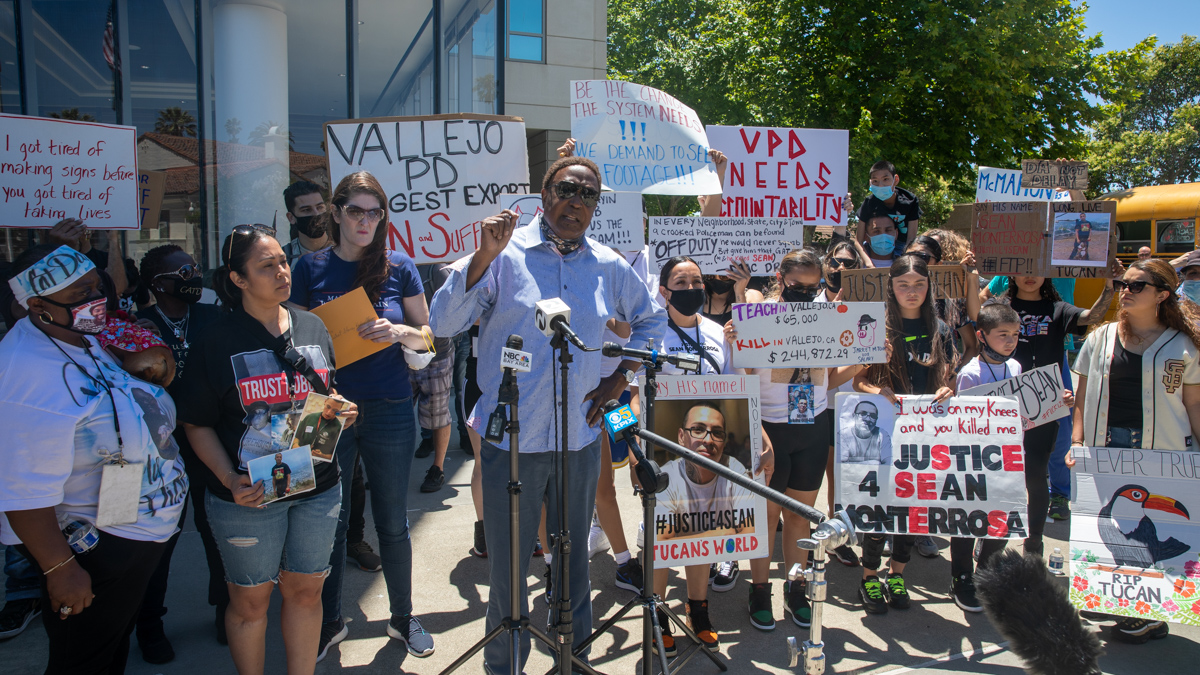 Make no mistake, when the video of the shooting death of Sean Monterrosa at the hands of Vallejo police becomes available and it’s as bad as family and supporters of the 23-year-old say, when he was gunned down by an officer as he was on his knees, hands up, this could become a national story just as George Floyd, Breonna Taylor and Rayshard Brooks have become.

Attorneys John Burris and Melissa Nold were in Fairfield at the Solano County District Attorney’s office on Monday to deliver that message to Solano County DA Krishna Abrams, in a letter which asked the DA to either prosecute the case or recuse herself.

Burris said on Monday that his office “represents the majority of the families whose loved ones have been shot and killed Vallejo police officers.”

He said, “We are extraordinarily concerned that many of these shootings are of such a nature that any fair, objective reasoning of those facts would justify criminal prosecution.  It doesn’t take a rocket scientist to know that just because you say your life is in danger does not mean your life is in danger.”

It is that assessment, Burris said, that they have asked the district attorney’s office to engage in.

Official reports say that officers were responding to a looting call, and Monterrosa, just 22, was on his knees when the officer who killed him thought he had a gun. It turned out to be a hammer.

The family along with John Burris maintain that Sean Monterrosa had “essentially surrendered” going down voluntarily on his knees and was in the process of putting his hands up.  It was at this point the officer saw what he thought was a gun and shot him even though the officer was not out of his car.

Burris does not believe that justified the use of deadly force.

He said on Monday that he believes the officer’s life was not in danger, he was in a protected position and “that means that the shooting was arbitrary, excessive and clearly warrants in my view criminal prosecution.”

The police have up to 45 days to release the video of the shooting, but on Monday, Burris criticized the DA for “not making any kind of determination as to whether to prosecute or not.

“George Floyd, Rayshard Brooks, those cases are national cases,” he said.  “But I’ll tell you what happened here is national as well.  Every one of those families have felt the pain of that arbitrary conduct.”

John Burris said, “When you have a kid who is trying to kneel, who is trying to surrender and you shoot him in the neck, and shoot at him a bunch of times, I don’t know what that is other than murder.” 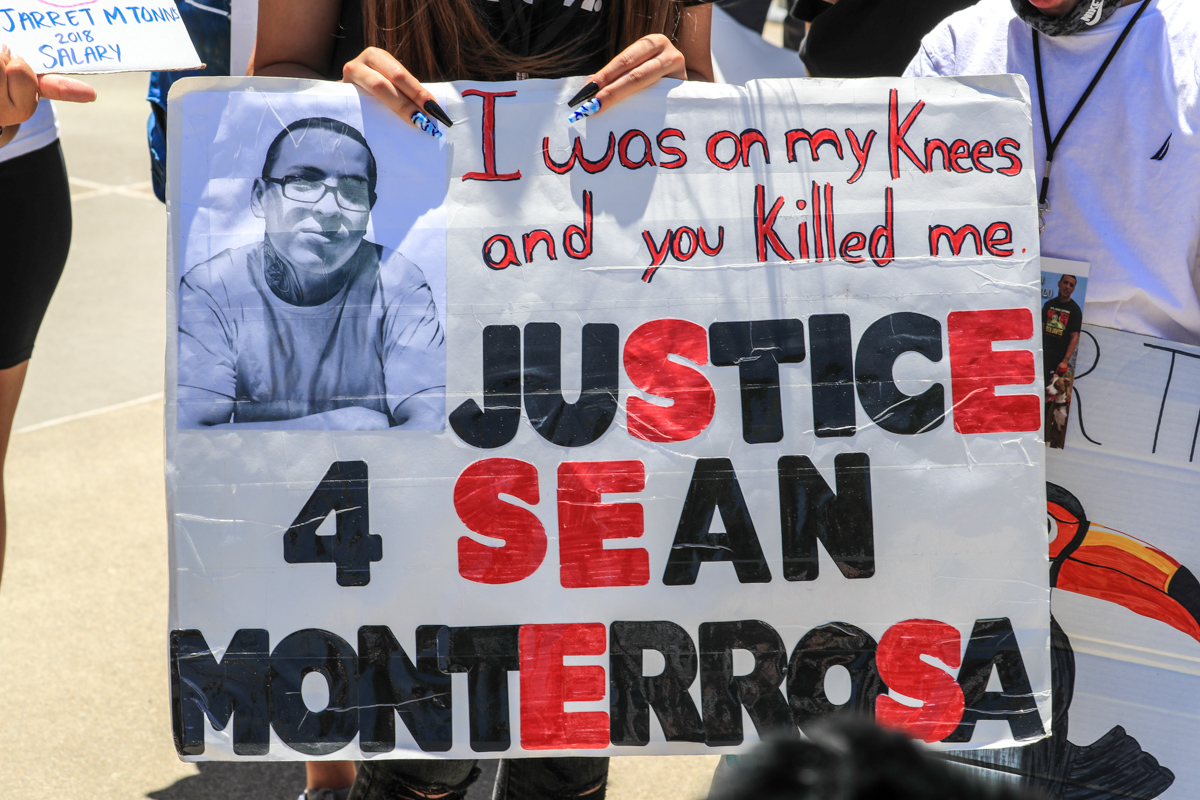 He said, “This was a very very minor event that turns into death.  That just can’t happen.  There has to be some responsibility.”

Burris also said that they are hoping the DA will look into not only this case, but past shootings even when they have indicated they would not prosecute.  He is hopeful that the AG’s office looking into a pattern and practice of the Vallejo PD will compel action and said, “On the other hand, we want the Attorney General to then take over cases and do the prosecution when the District Attorney’s office here will not do so.”

Melissa Nold noted that she represents some of the families, but stands with all—as she put it, “we have all been advocating for justice in Vallejo for some time.”

She noted that the DA has said “she is trying to get the Attorney General to come in to review the Sean Monterrosa case because there’s been hints that she’s biased.”

“Those hints that she’s biased were the Blue Lives Matter flag she has as her Facebook profile picture,” she said.  “Anyone who believes Blue Lives Matter, doesn’t believe that anyone else’s lives matter.  She has not prosecuted Black lives, Brown Lives or white lives, the only thing she has shown she cares about is upholding freedom for blue uniforms.  That is the ongoing grievance that these families have.”

Some people say that they should let the DA do her job.

“She’s not doing her job,” Melissa Nold responded.  “In every other state, you’re seeing officers that are getting prosecuted.  In California it feels like it is Mississippi 1964.  They are murdering unarmed men.”

Nold walked through evidence in several of the other Vallejo police shootings in the last few years and said that the DA should either prosecute or allow the AG to come in and fairly evaluate these cases.

“How are we allowing physical evidence to be ignored for cases?” she asked.  The DA last week said she would do a Black Lives Matter mural.  “A mural?  We don’t want pandering, we want prosecution.”

For sister Michelle Monterrosa, “We want convictions.  We’re way past anything else right now.”  She said, “We are supposed to be California, we’re supposed to be progressive right?  Why do we have three Latino men shot and murdered within three weeks?”

She pointed out that in Atlanta Rayshard Brooks was killed by police and prosecutions began within a week.

“Why are we in the boat that we’re in?” she said.  She said that they just buried Sean last week, “And yet Ashley (her sister) and I, we found the strength to come out with other families on Saturday in Vallejo.  We wanted to take a week off and realized there’s no time to take off.”

Ashley Monterrosa said, “I’m glad we’re out with the other families as well because their cases haven’t had prosecutions or convictions in years.” 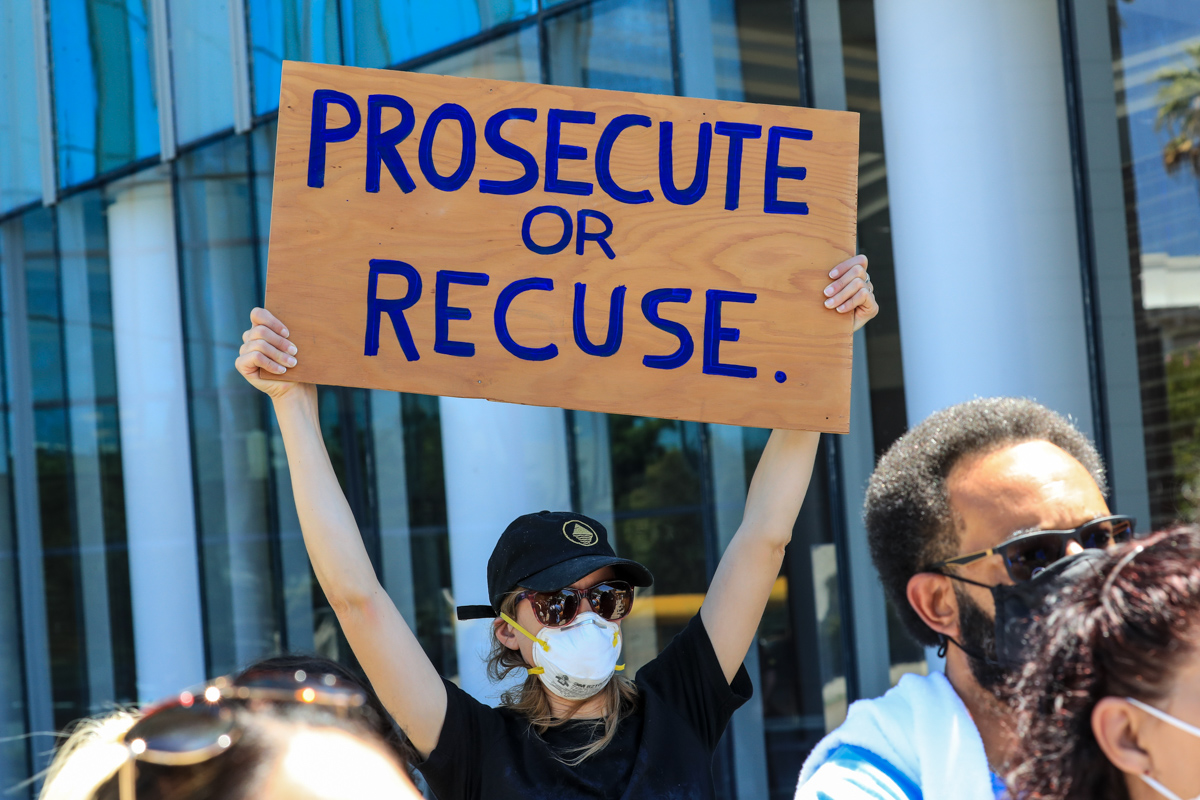 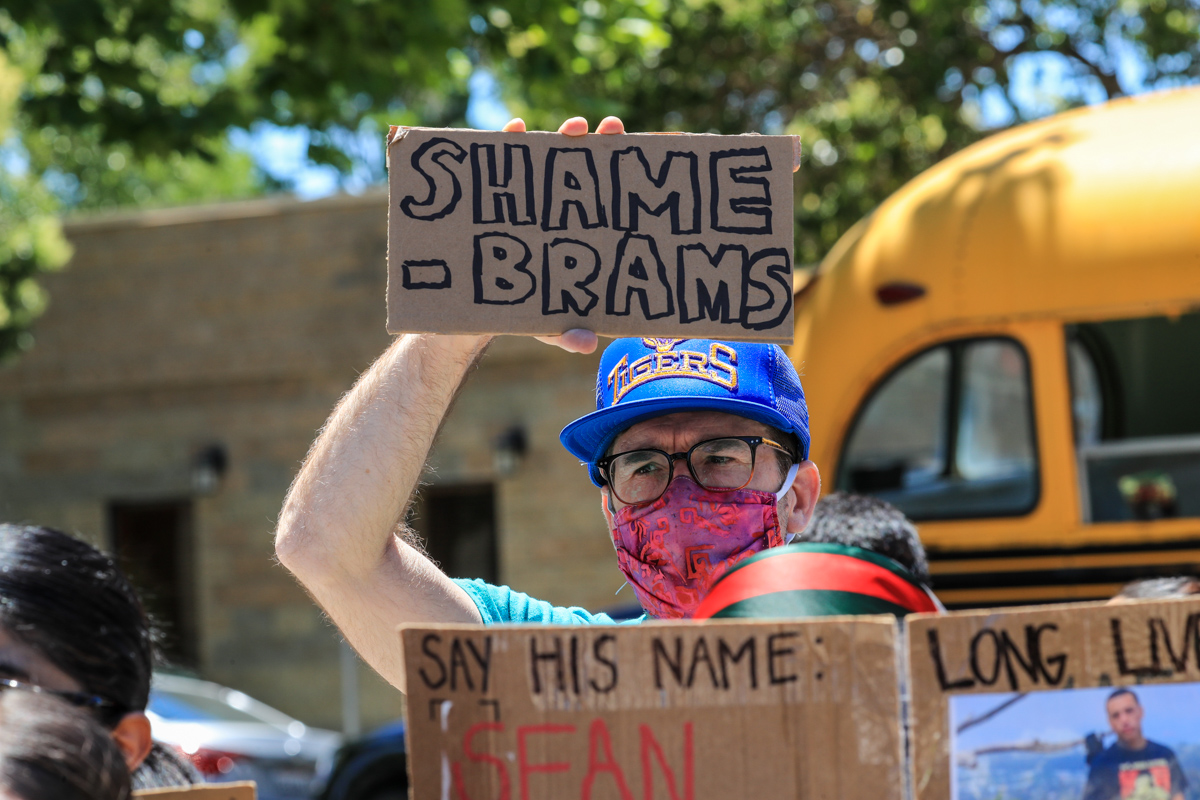 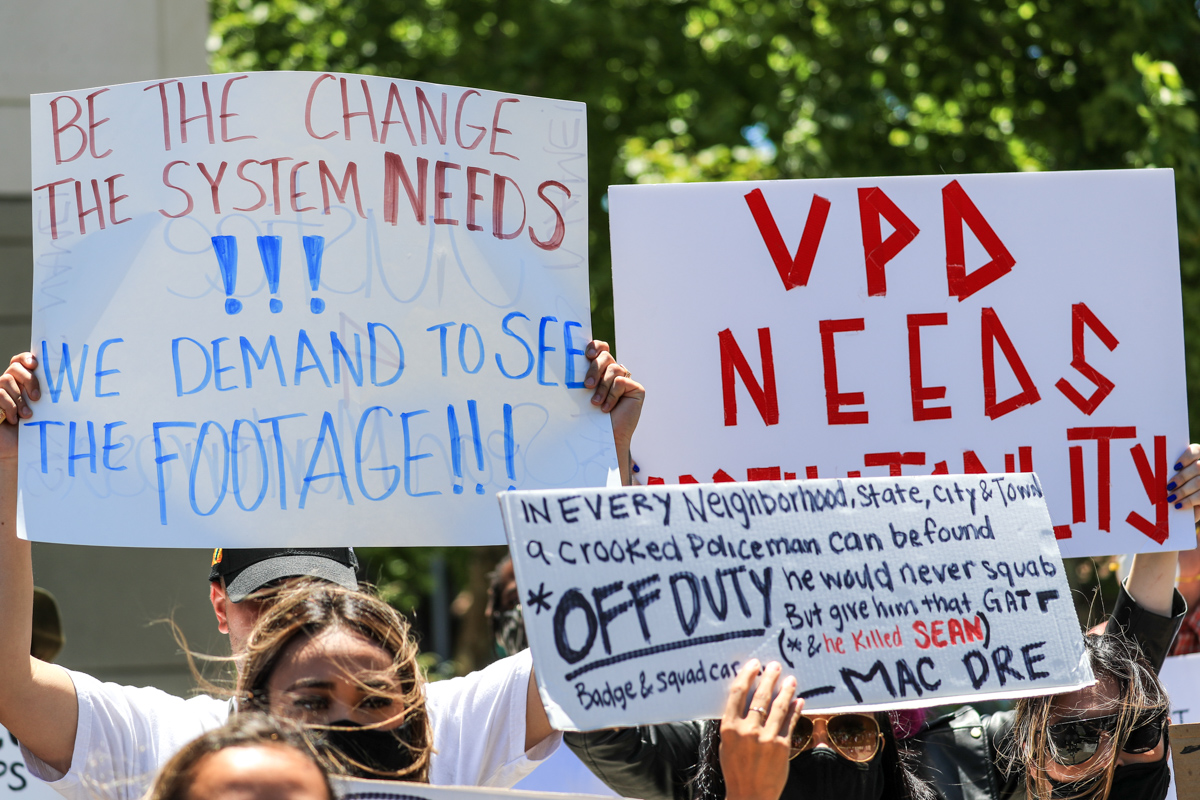 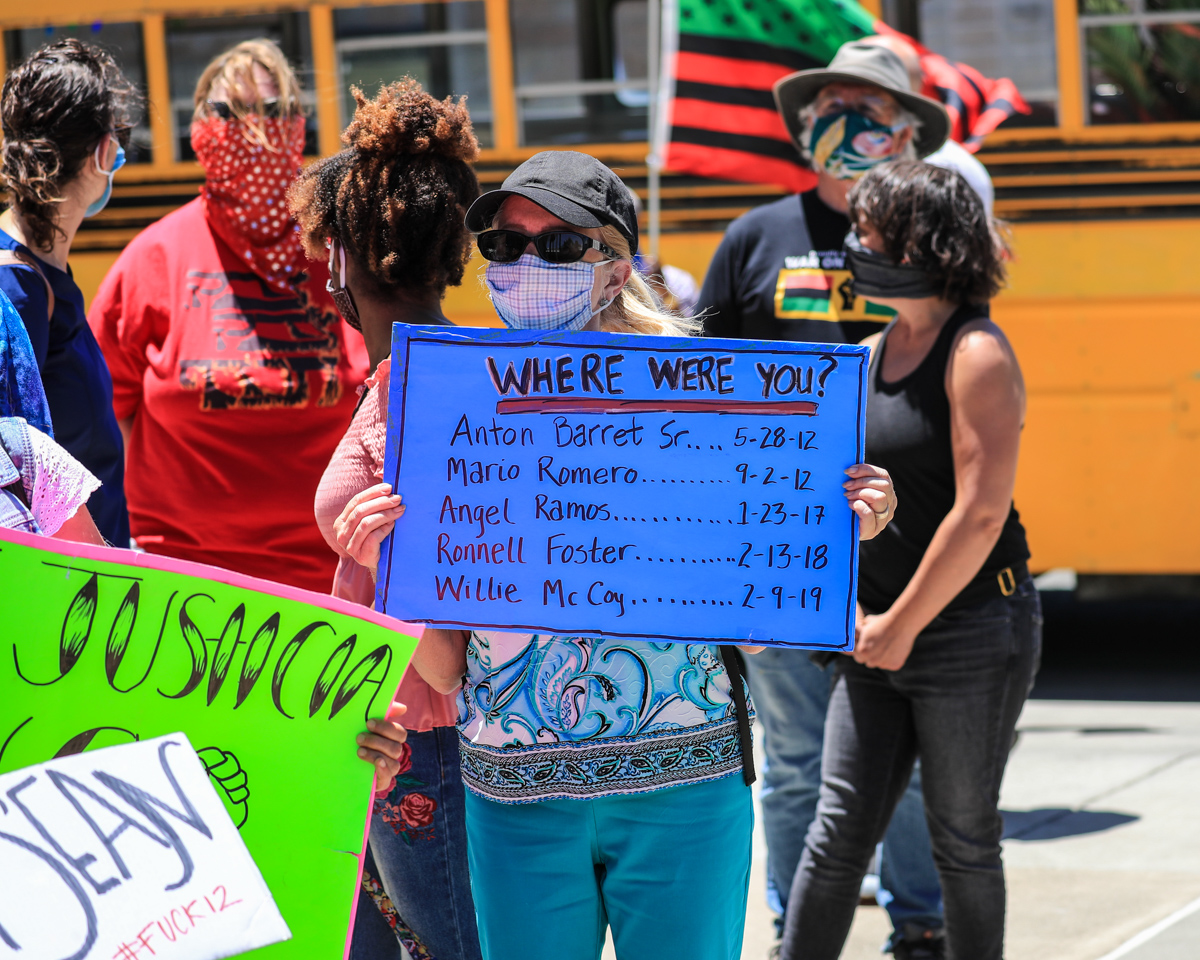 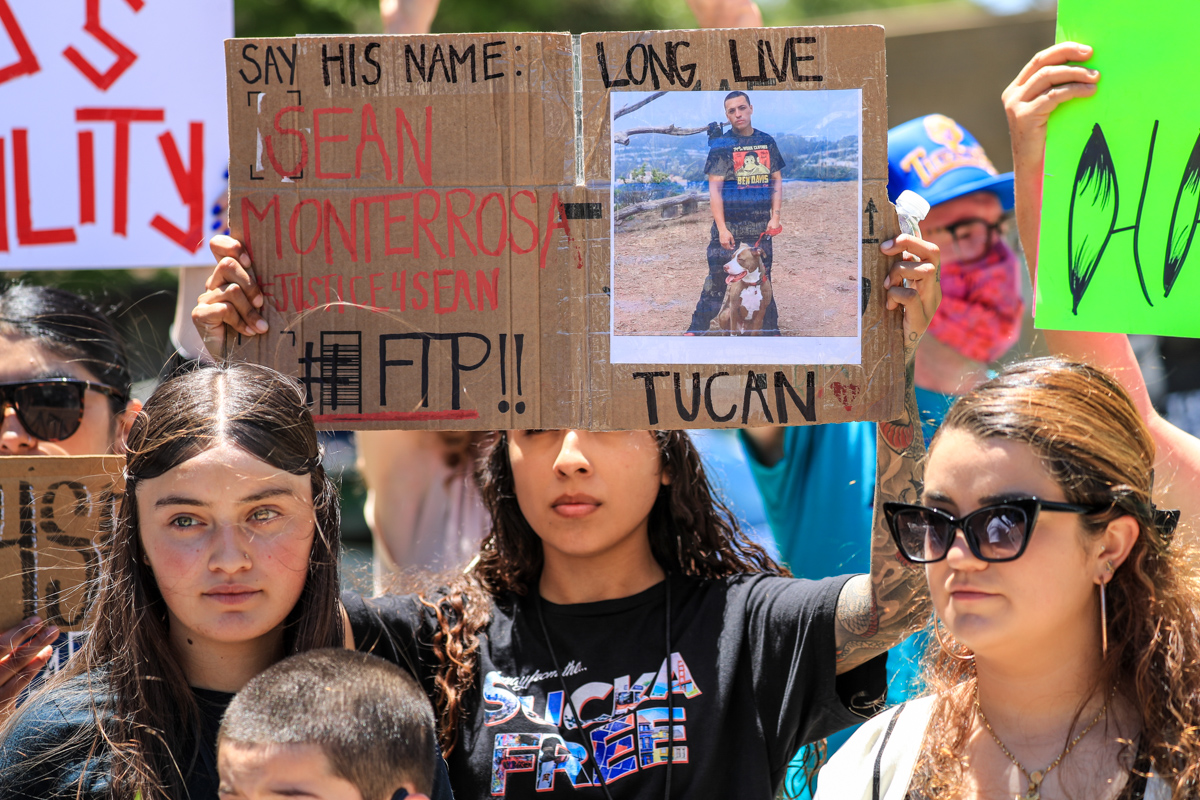 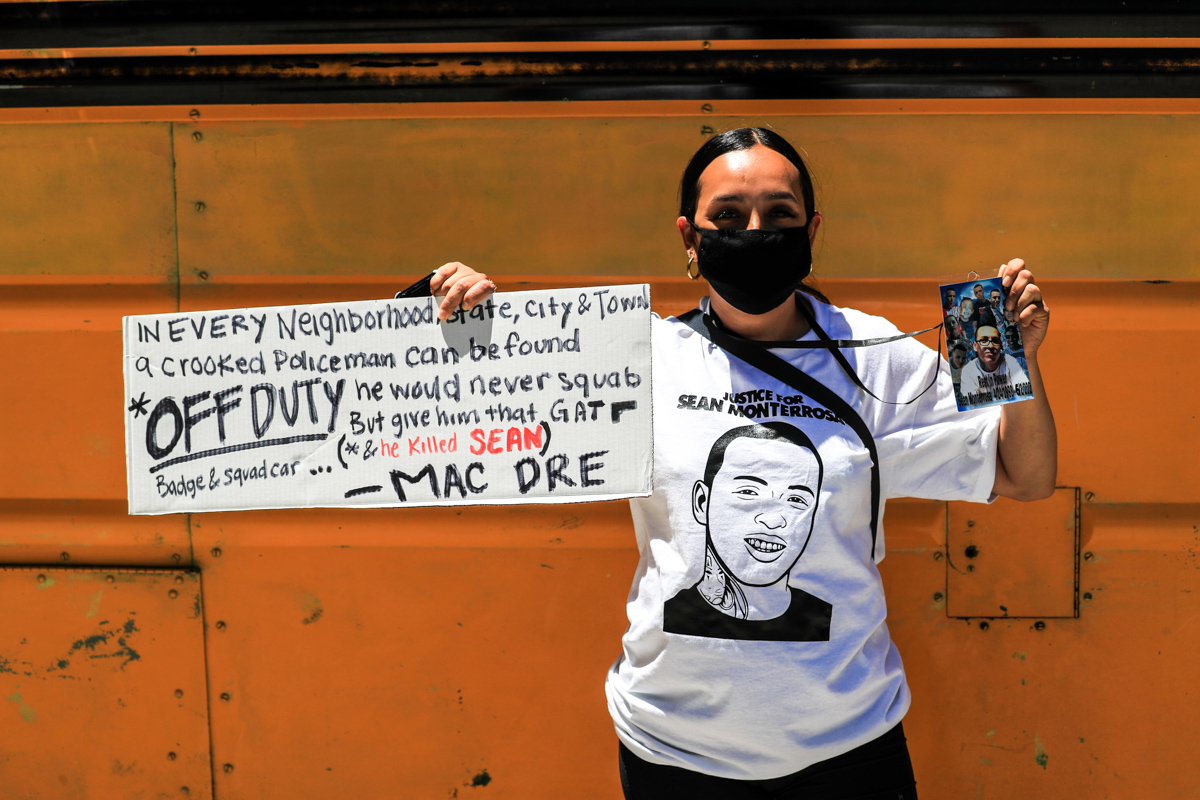 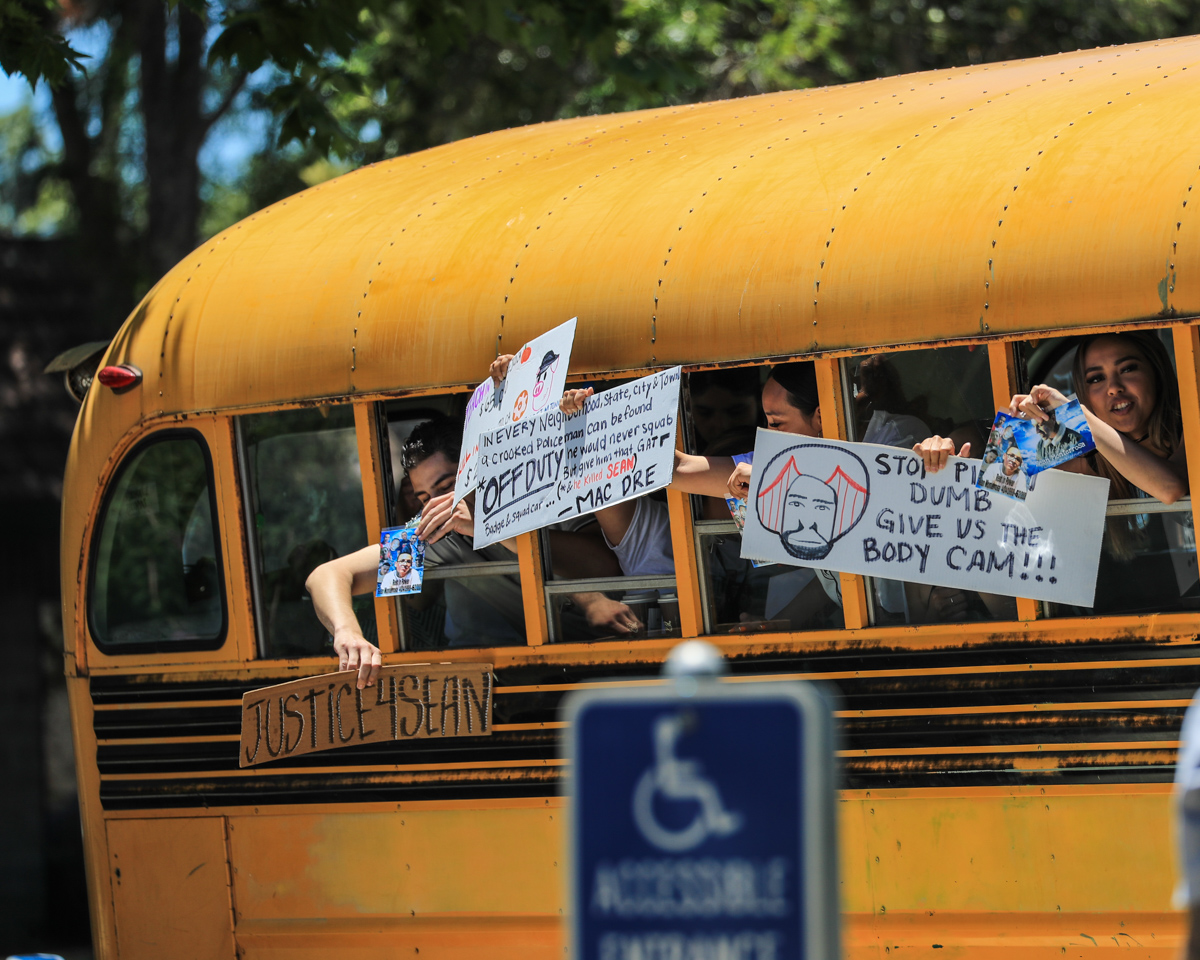