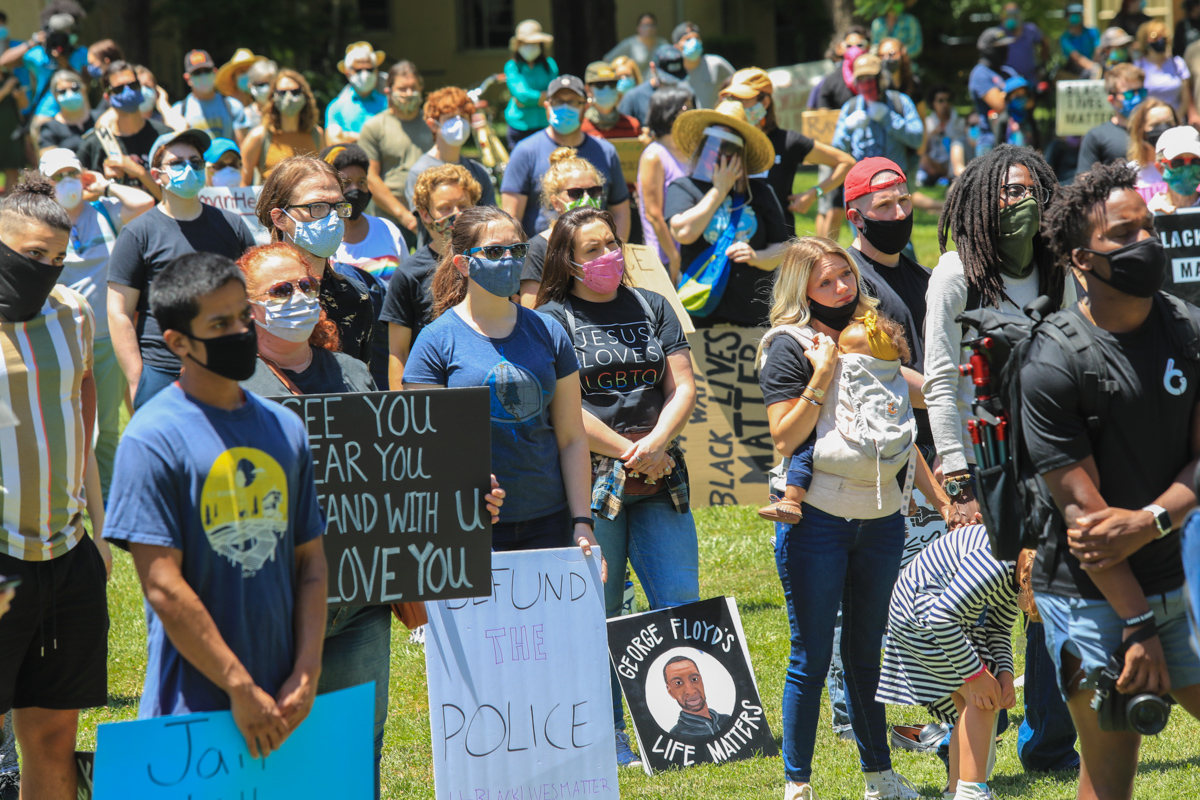 Davis – A huge and diverse crowd showed up in Davis at Central Park for a rally and march on behalf of Black Lives Matter, in opposition to police violence.  By the time the group marched down to the police station, organizers estimated that there were more than 1000 people in attendance.

He told the Vanguard, “At the end of the day we wanted to demonstrate a broad multi-ethnic multigenerational coalition for change in Davis and I think that’s what we did today. Part of the reason that I and some of the organizers wanted to put this on today is that Davis residents can sometimes have a tendency of distancing themselves from issues.”

He said, “I think it’s important that we see anti-blackness and police brutality as Davis problems too, only then can we begin to address it.”

Horton, who came to Davis as a student from a larger city, and who currently chairs the Davis Police Accountability Commission, has had his share of challenges with the police.

He said, “My interactions with the police and Davis, I’ve been largely filled with a degree of anxiety, which is a common experience among people of color, particularly black people in our town.”

He explained, “When I see a police vehicle in my rear view mirror I don’t see safety, I see an interaction that could drastically change or end my life. These sentiments are what I hear from other people in town as well. If Davis residents care about our town being truly inclusive and accessible they have to care about this.”

Mayor Pro Tem Gloria Partida, who helped found the Phoenix Coalition, one of the groups that helped with the organizing for this event, said, “I hope people understand the deeper dynamics of the moment and take the opportunity to ask for change in the country and our community that really makes a difference.”

There were a wide range of speakers during the rally portion of the event, ranging from musical performances to faith-based prayers, with speakers ranging from families of victims of police violence to long-time civil rights leaders.

Suleman Anibaba, like many of the speakers, was emotional, stating that, initially, he didn’t want to speak.  But he related a story that happened recently.

“For me, being emotional is a really powerful thing and I’m still working on it,” he said.  “When George Floyd was killed, I saw the picture, I was a hot mess.

He said for him it relates to fear.  “Black people in Davis don’t feel comfortable,” he said.  “This sense of fear.  This sense of not feeling welcome.  I’ve been here for 20 years.”

He went on a walk yesterday in West Davis “and a teenage white boy said hi to me.”  He said, “It meant so much because I don’t get it very often.”

She said, “I’m angry too, but I’m angry in a different type of way.  My brother was killed the same way as George Floyd in Woodland California, in Yolo County, we’re your neighbors over there.

“His last words were also, ‘I can’t breathe’ and he had the same knee in the back of his neck as George Floyd,” she said.

“This is not an isolated incident,” she said.  “It’s going on every day across the country.

“My brother has not gotten any justice,” she said.  “He was in handcuffs when he was killed.

“He was telling them that he couldn’t breathe, and he was mocked by Woodland PD officers,” she added.

Christine Amaro, Michael’s mother added, “As a mother, when I heard him asking for his mother, that brought everything back.”  She said, “As mothers, we’re the silent people.  Right now it’s time for us to fight because my son’s life mattered.  He had two children.

“My son was a good father, a good man, and he’s gone,” she said.  “We got nothing from the police officers.  They didn’t even talk to us.  They said nothing.” 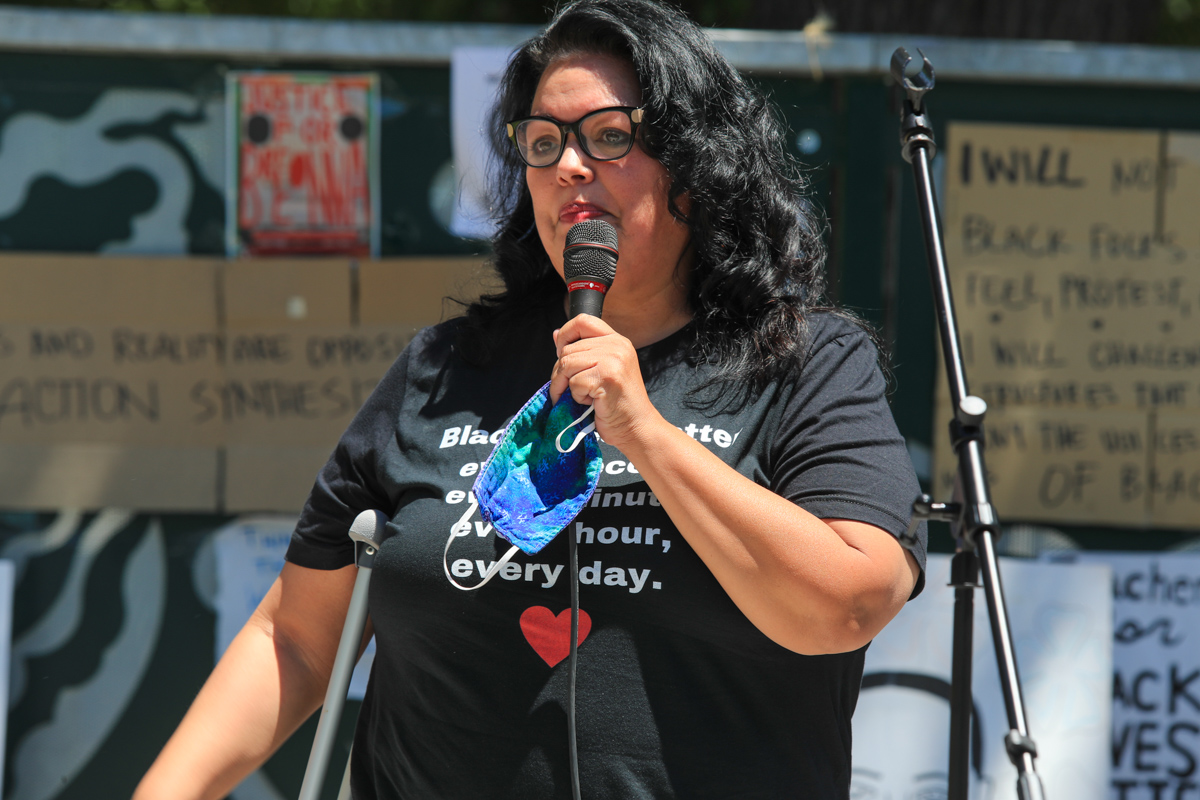 Cecilia Escamilla Greenwald led the Human Relations Commission and their push for police oversight in Davis.  She now sits on the Police Accountability Commission, which is structured almost identically to the one that she pushed for 14 years ago.

For her, seeing the large number of white people in the audience was overwhelming.

“It hasn’t always been this way, this diverse, people coming out to support this issue,” she said.  “It gets me a little emotional.”

“Fourteen years ago I chaired the Human Relations Commission for the city of Davis,” she said.  “What was different then was when we had students coming to us and giving public speeches, telling us what was happening to them, we were not met with white people that were supporting them and saying this has to stop.”

The Reverend Tim Malone had a similar reaction.

“I have not attended one event,” he said.  “This is my first event.”

He said, “I am just amazed at all of the support coming out after George Floyd was senselessly murdered in front of our own eyes.

“There have been other murders and there are other names I can list,” he said.  “But that 8 minutes 46 seconds knee on his neck from an officer that knew him sparked outrage not only here in the United States but all over the world.” 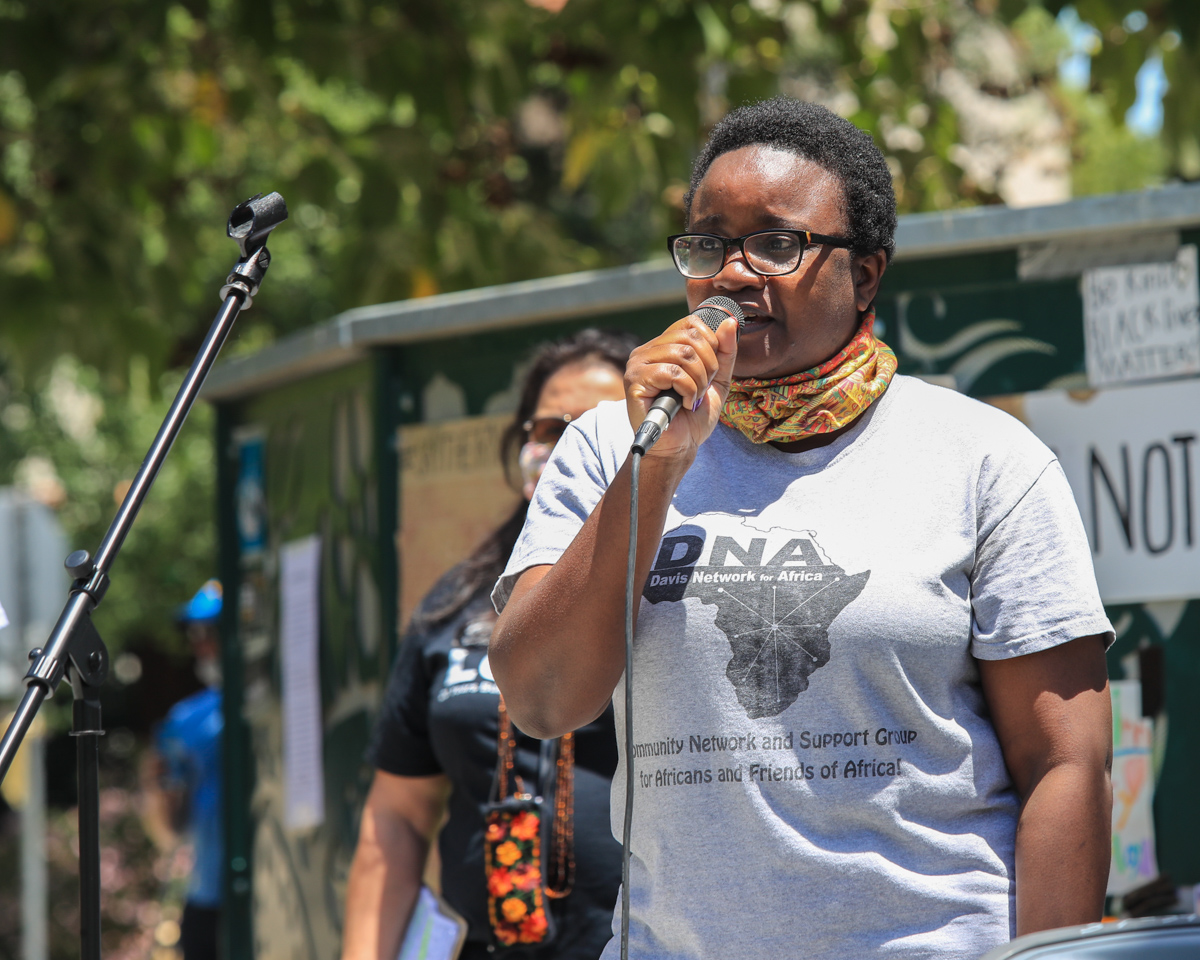 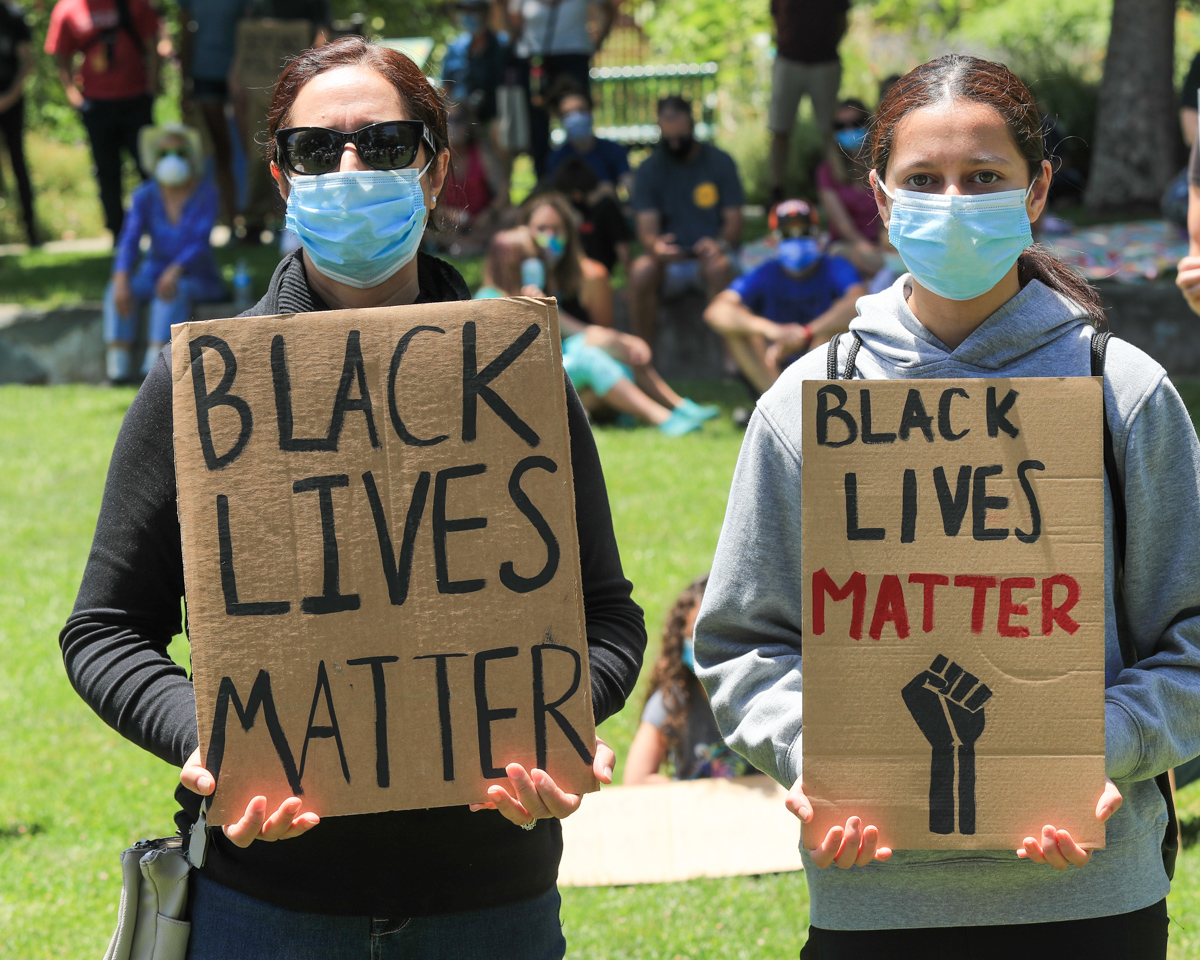 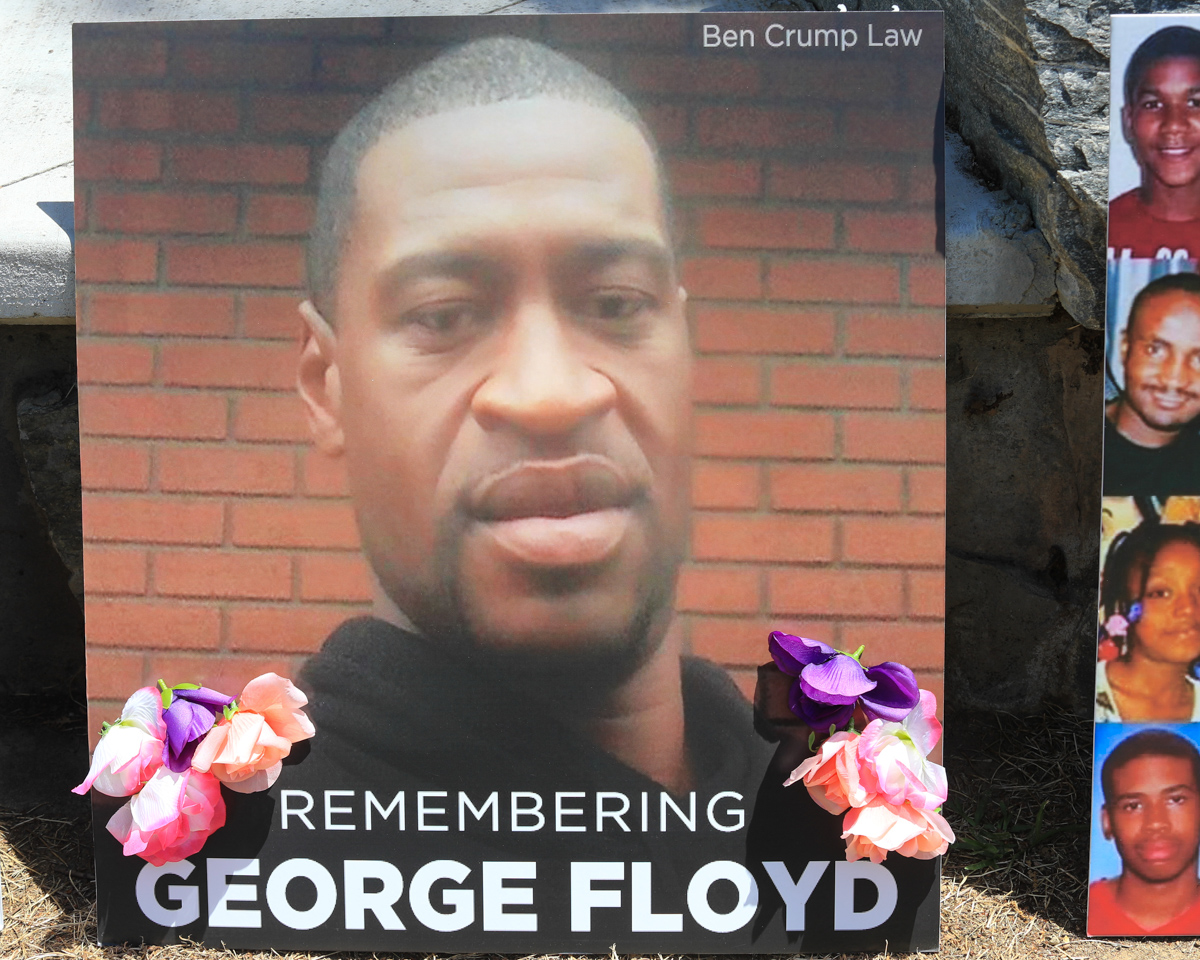 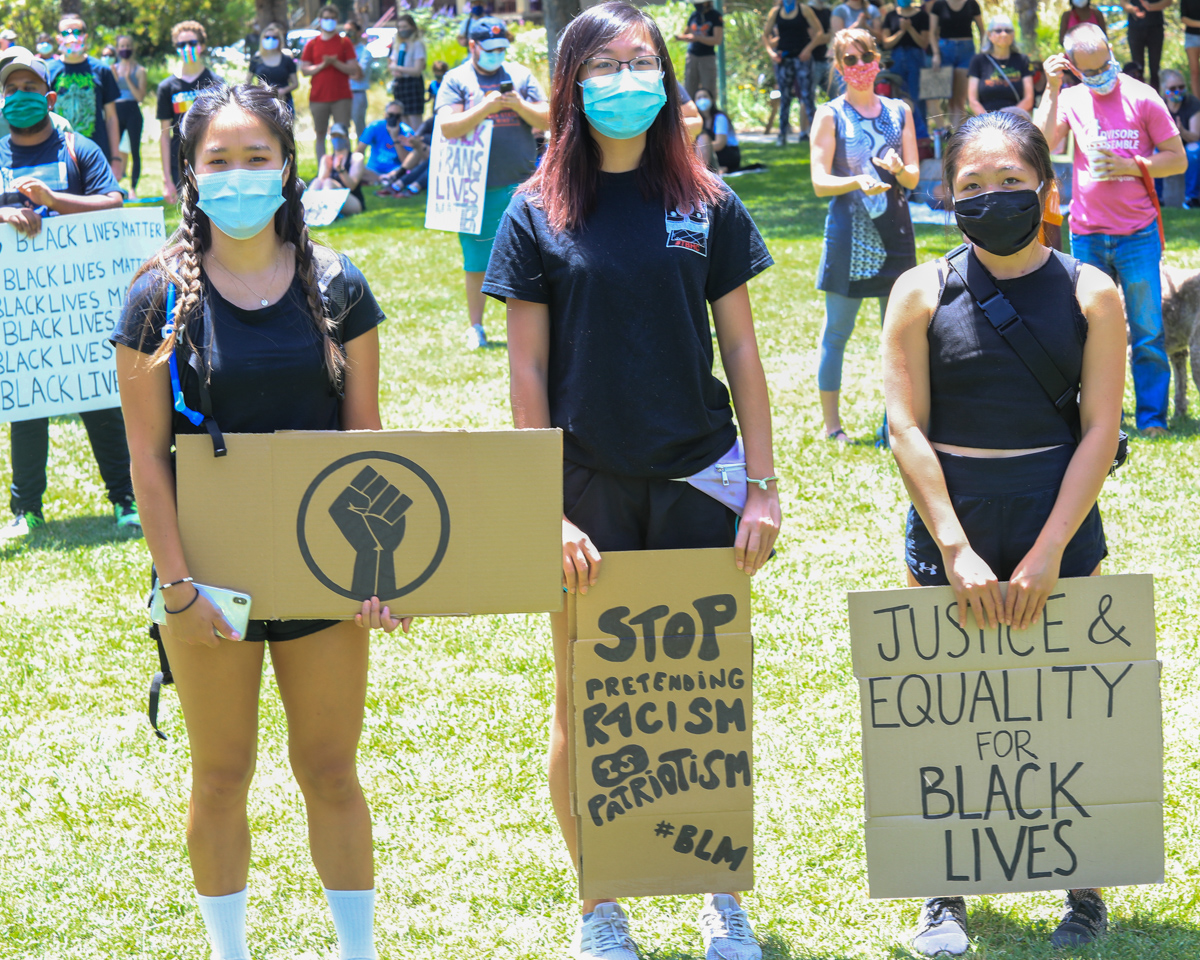 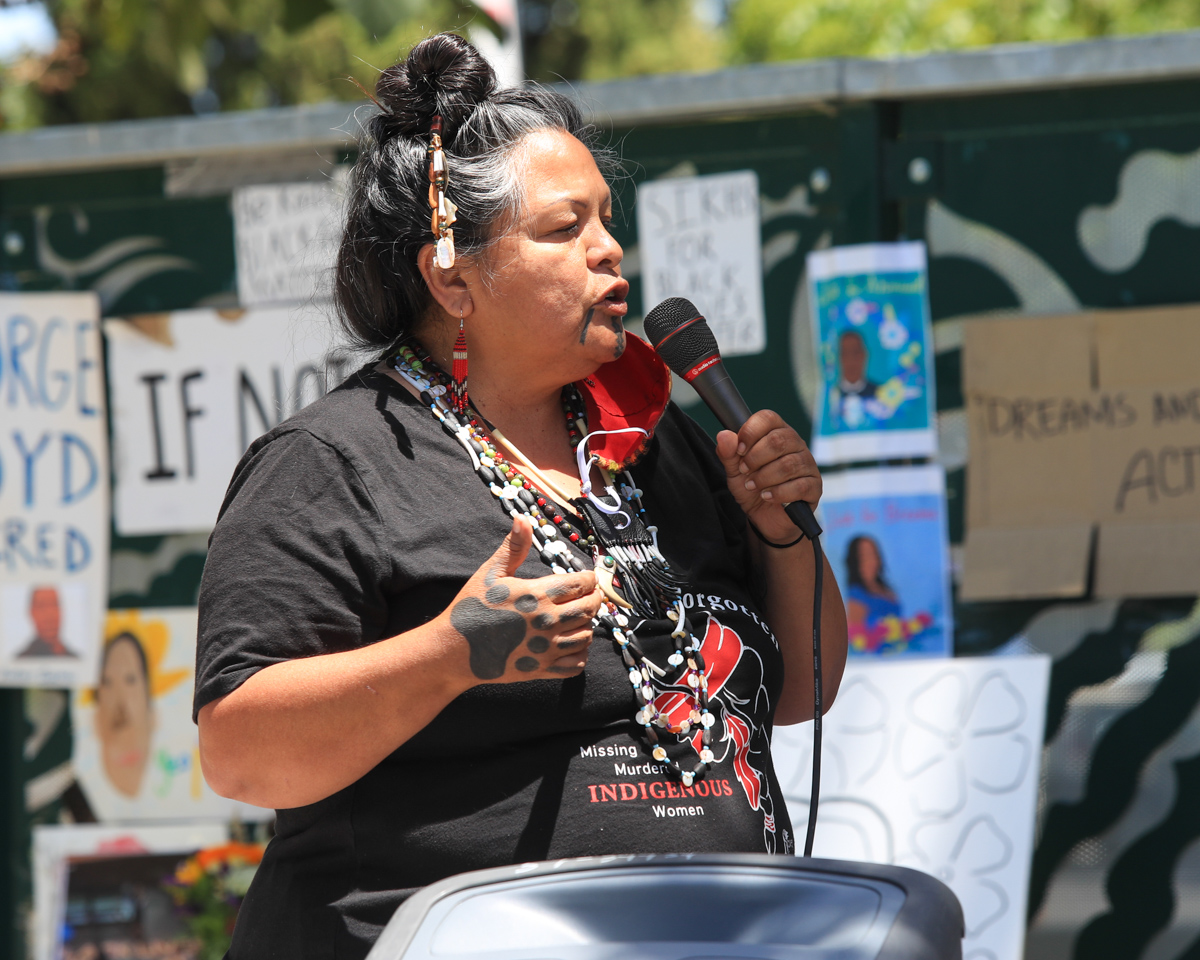 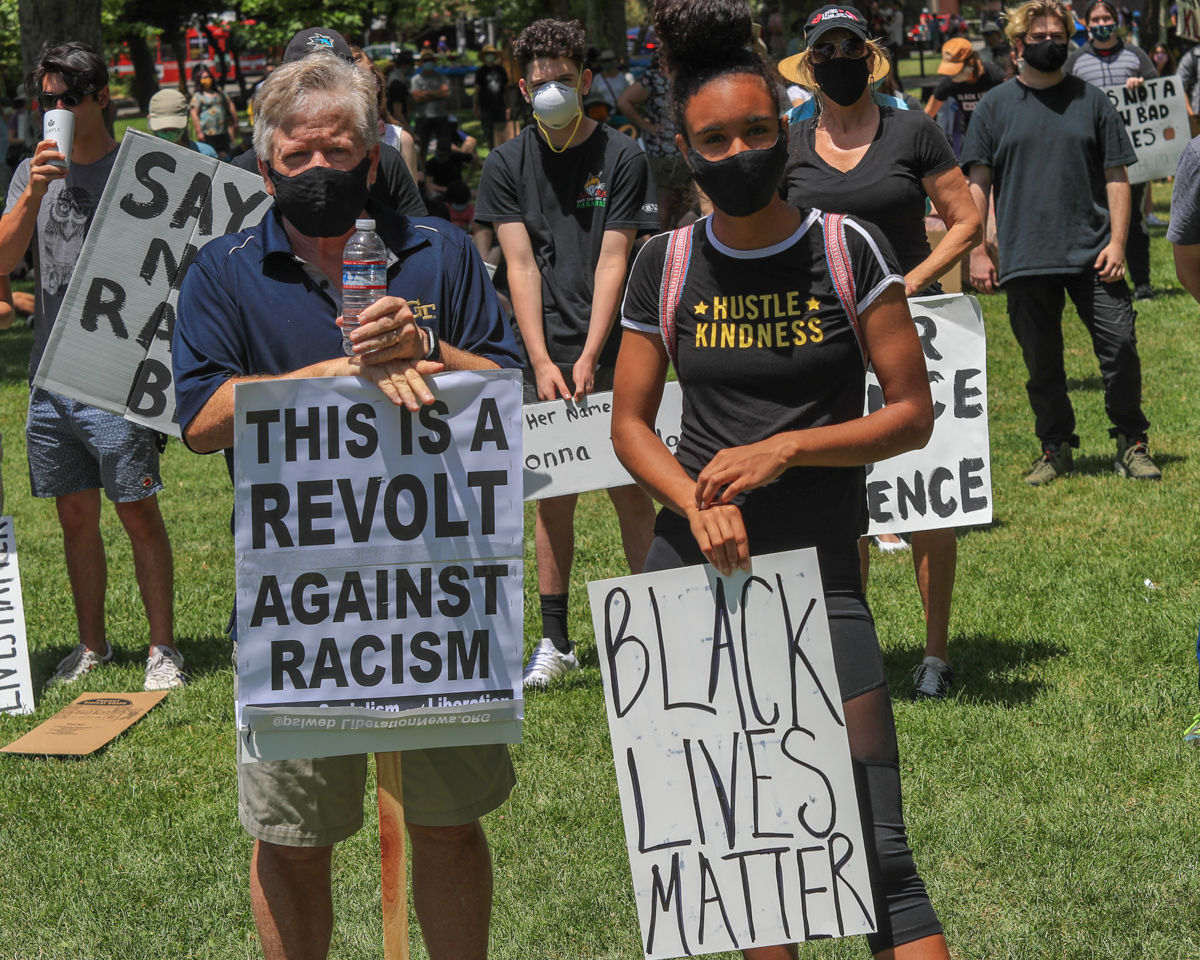 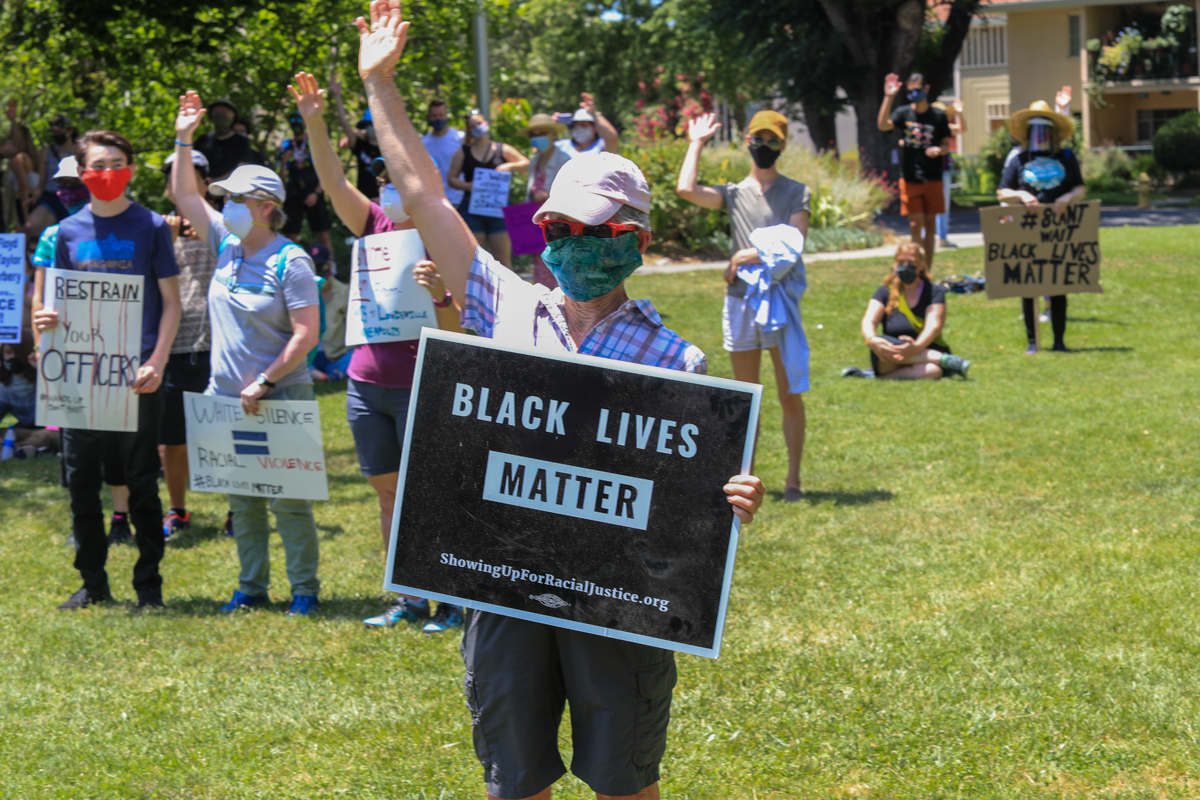 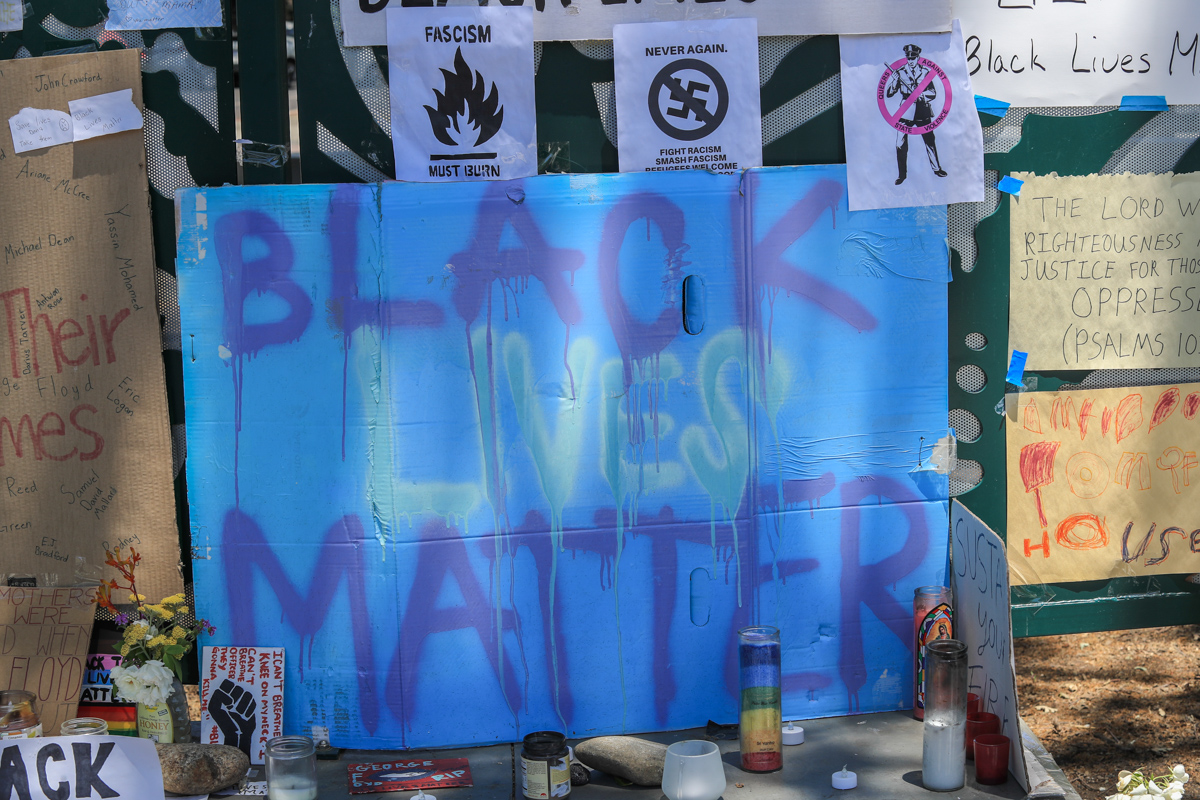 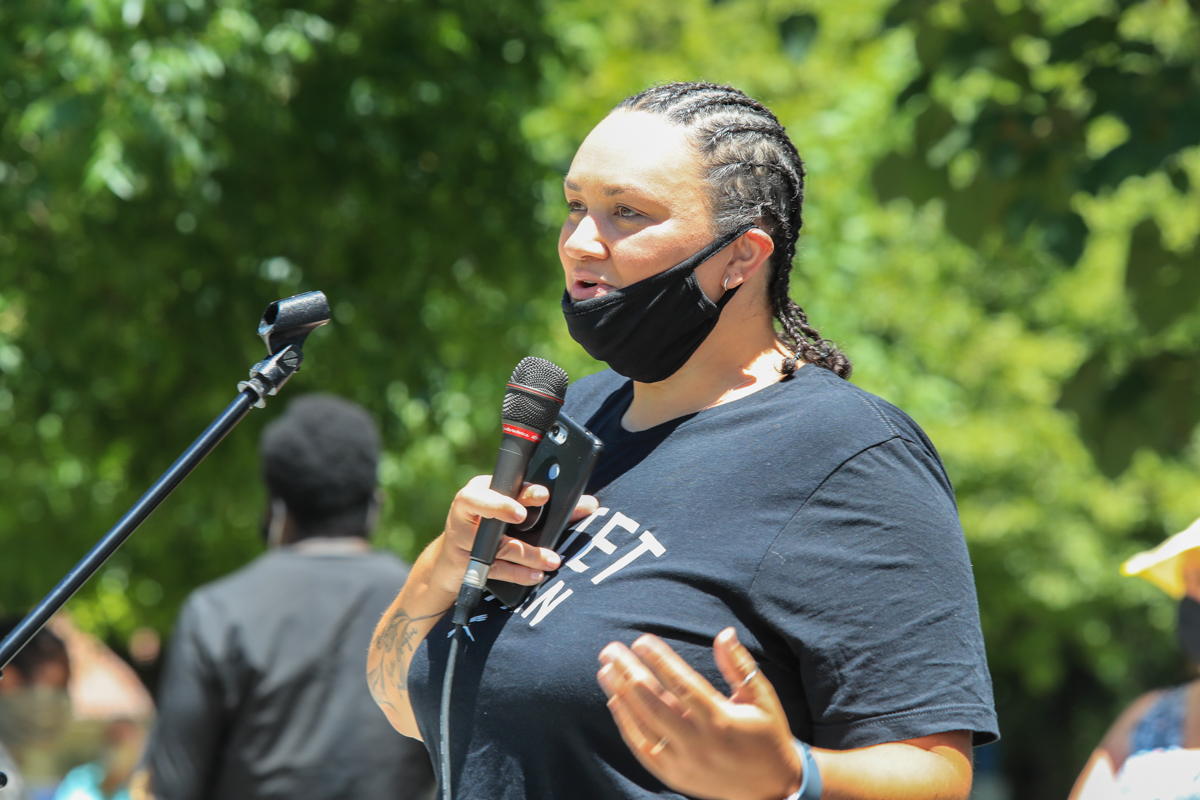 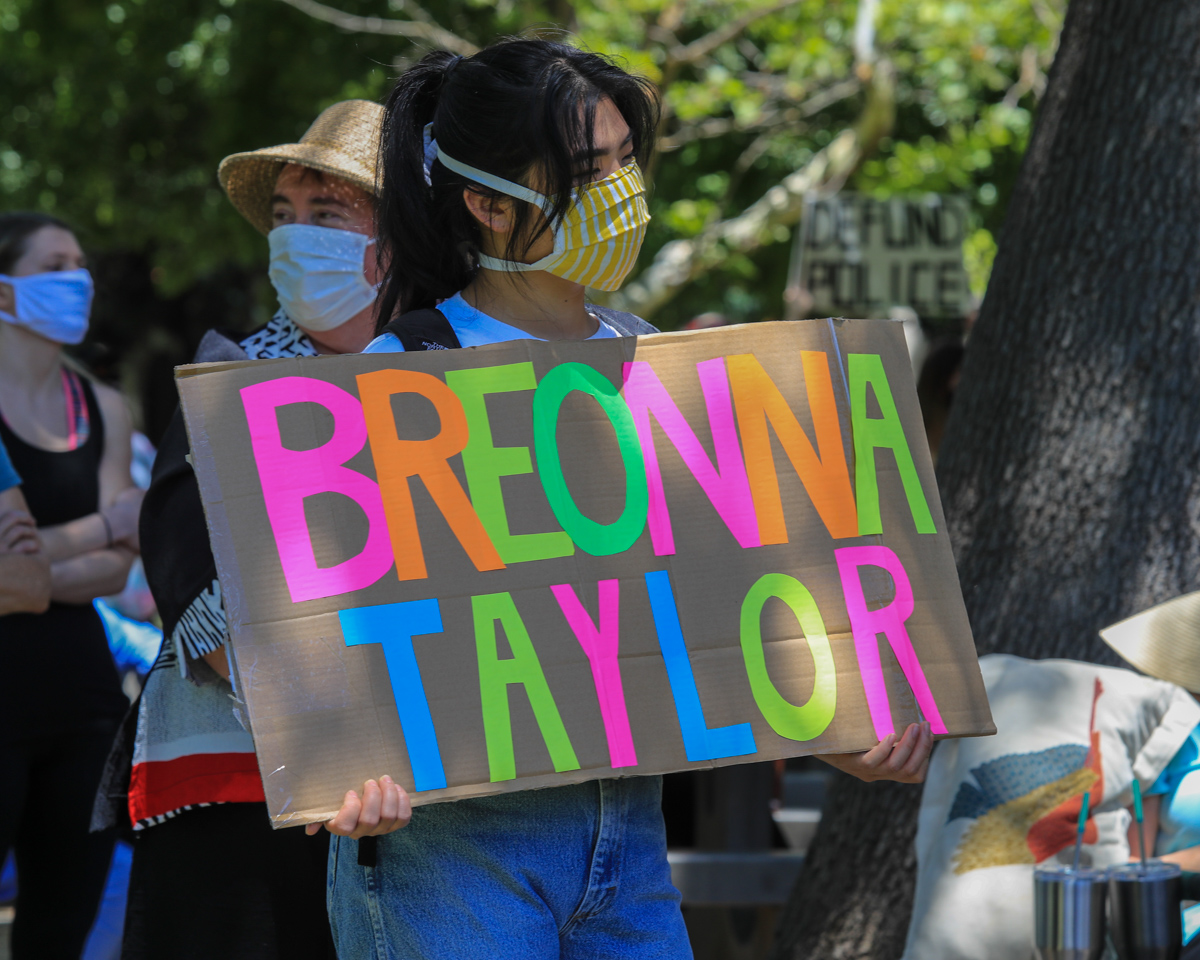 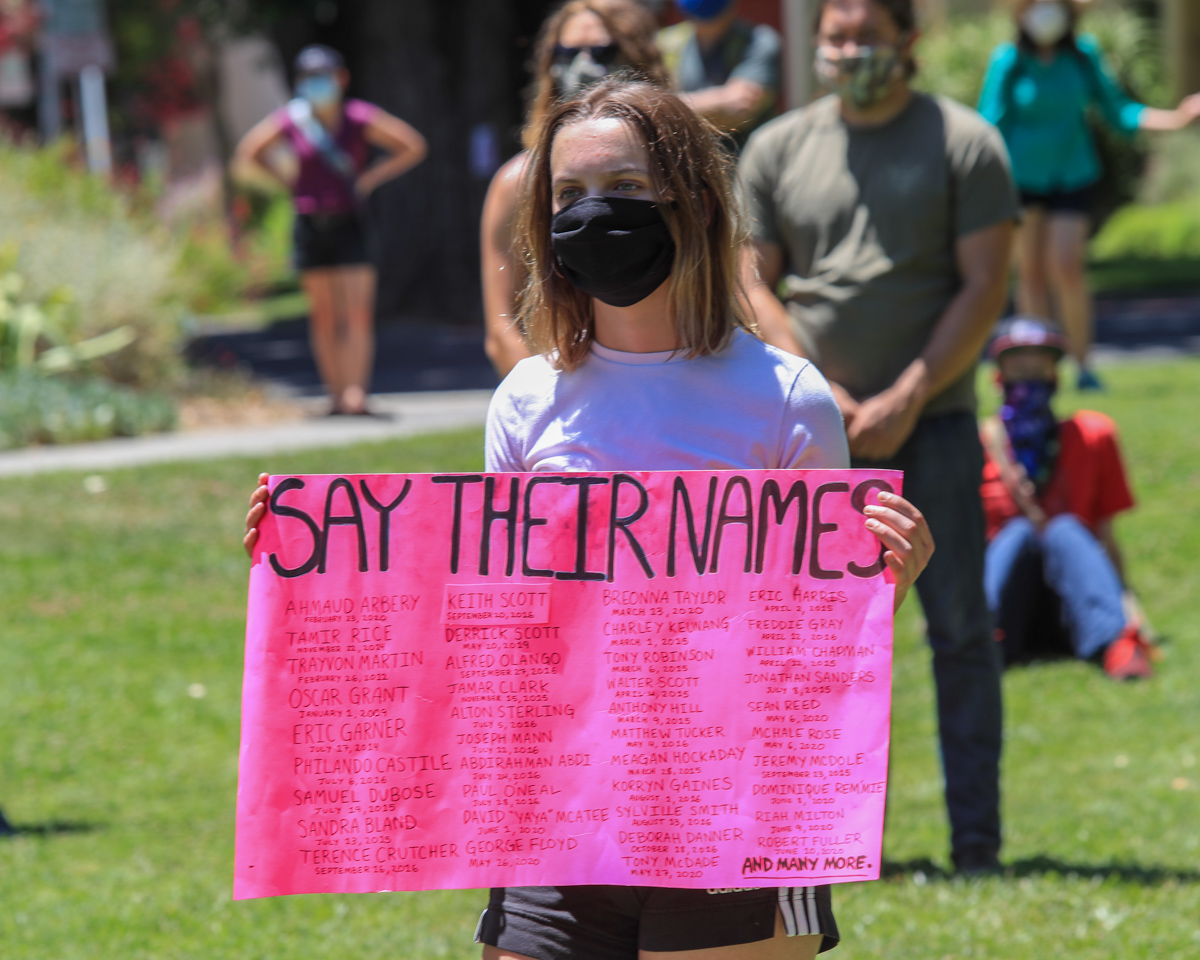 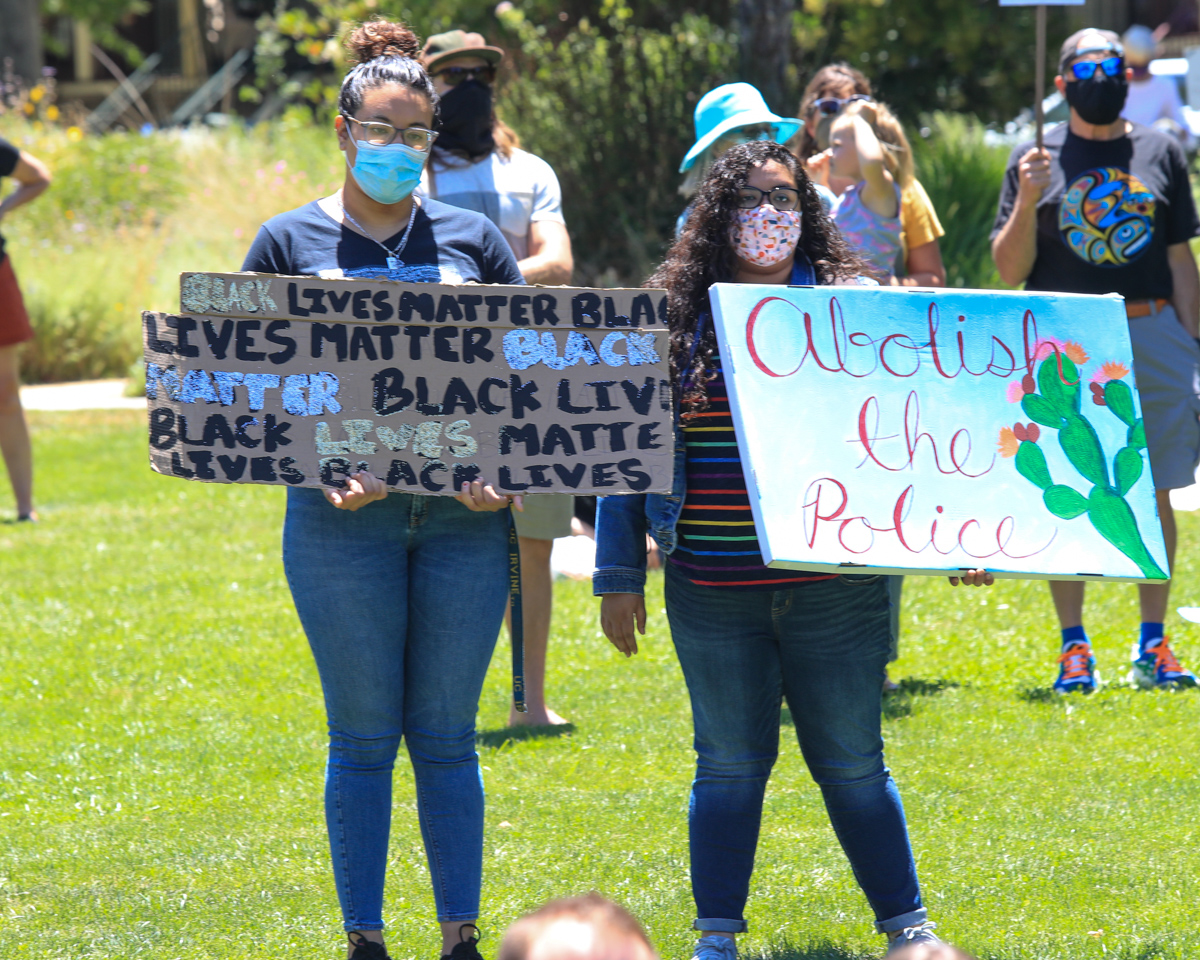 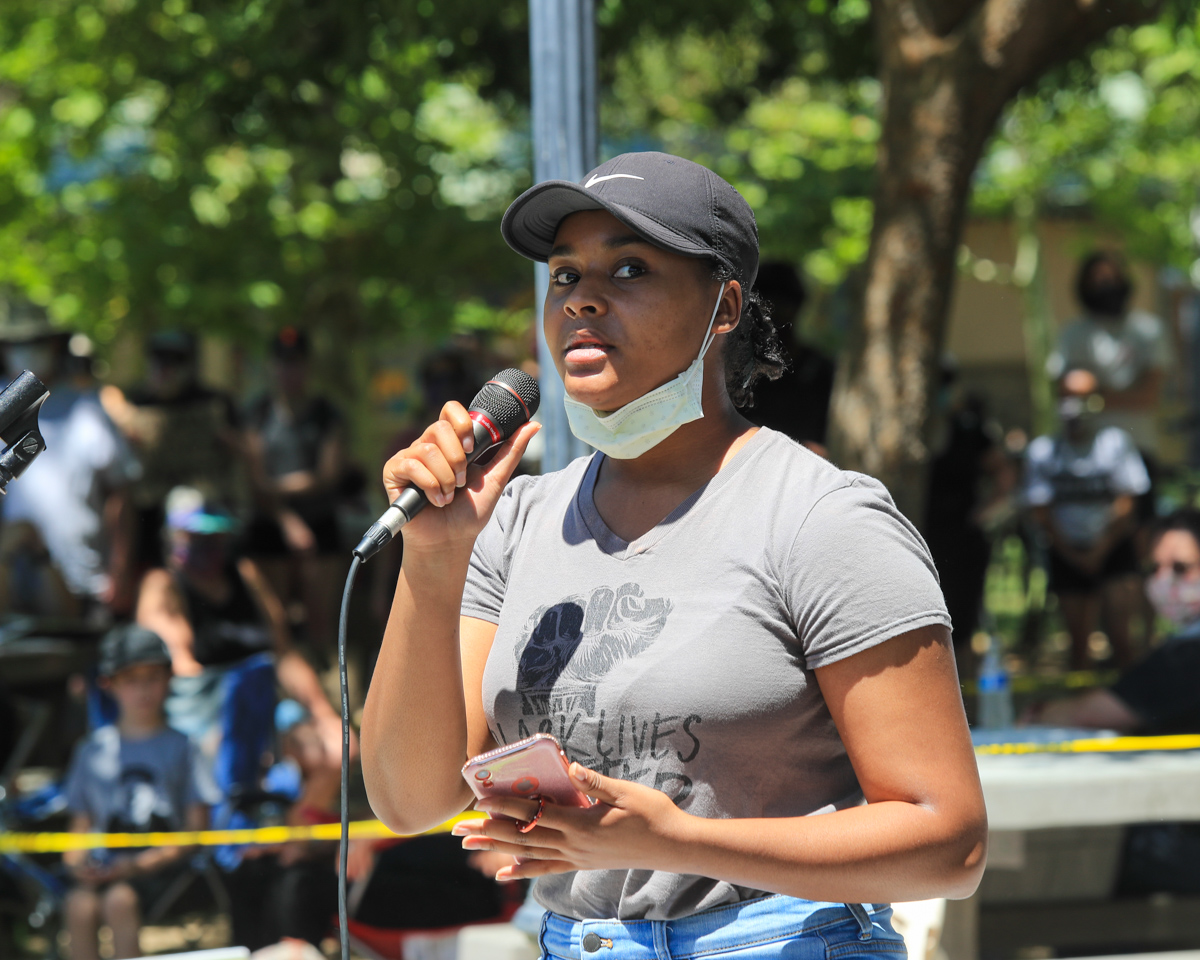 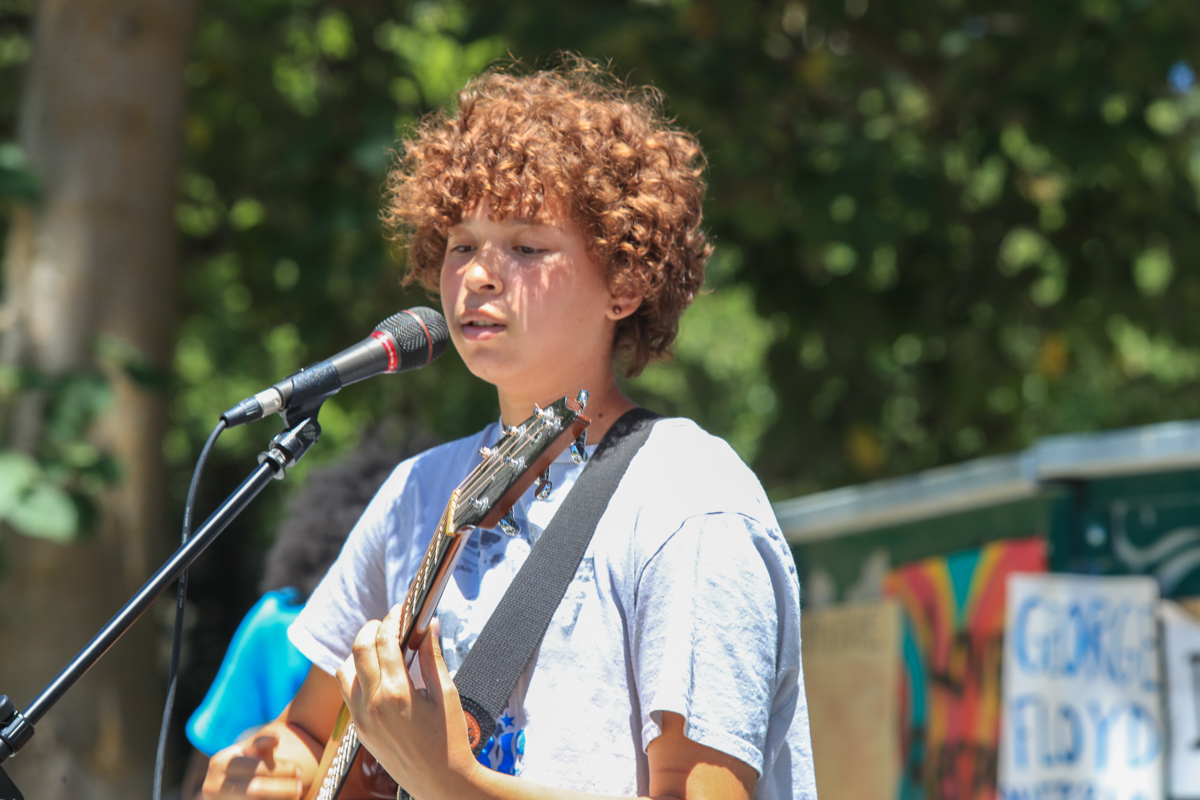 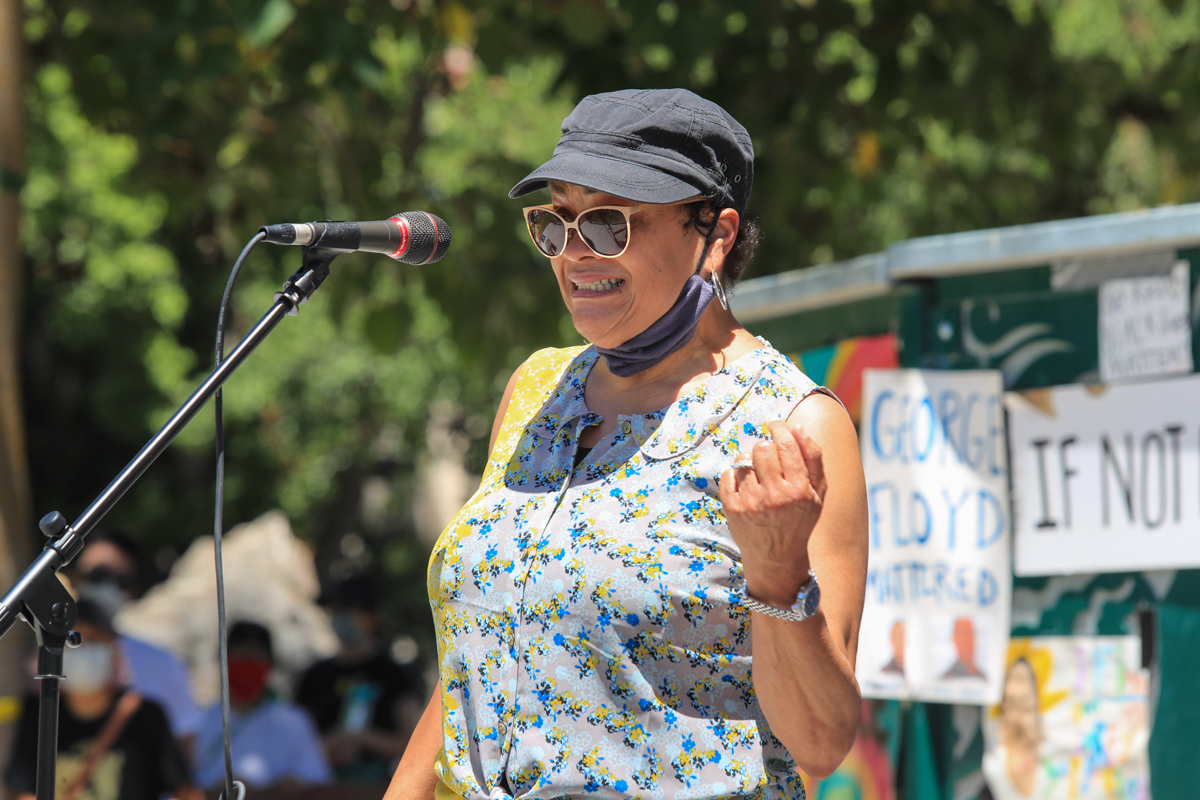 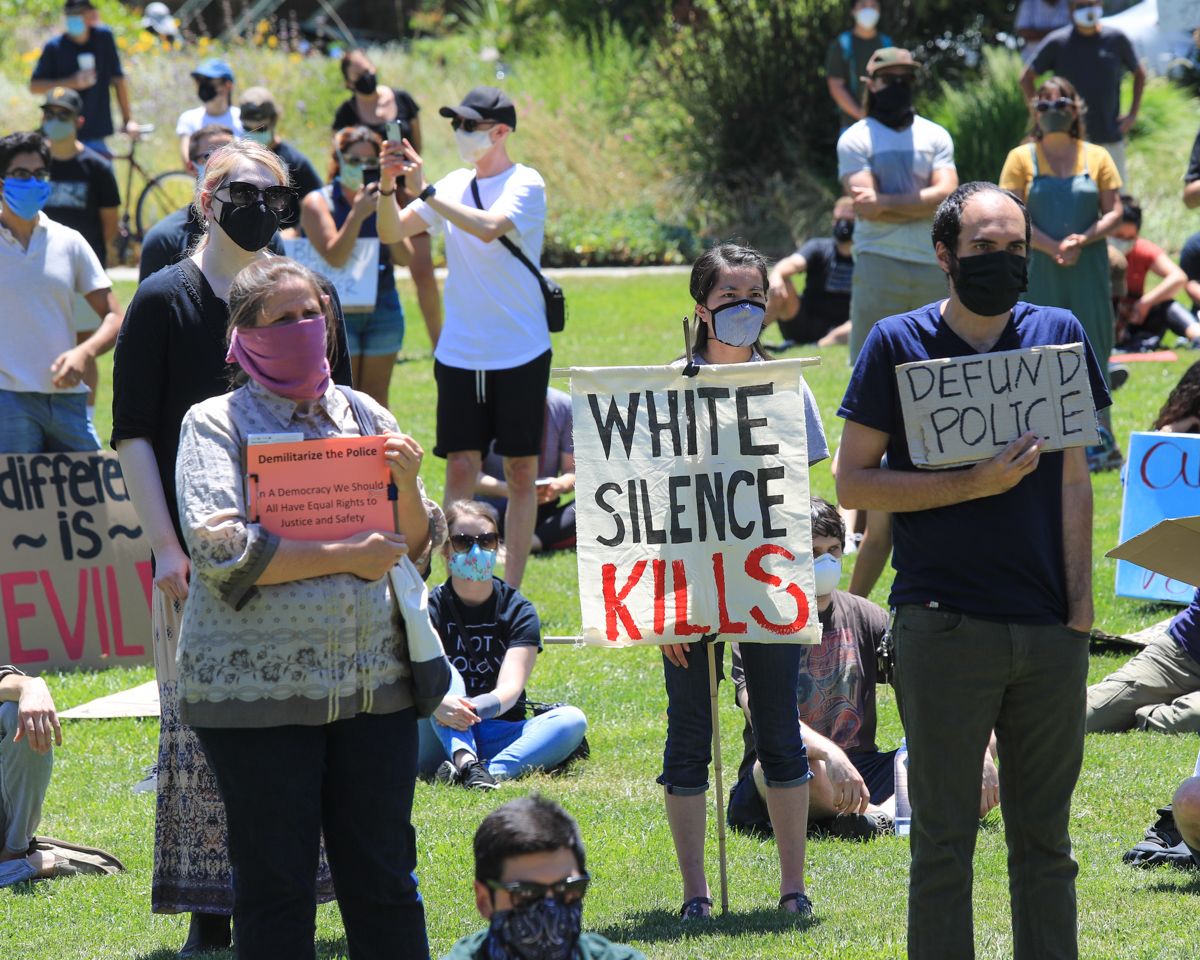 Share:
Tags:Black Lives MatterDavisDiversityGeorge FloydGloria PartidaPolice Accountability
Previous : Guest Commentary: Is Proposed DISC Project a Land-Use Dinosaur Before It Is Even Approved to be Put on the Ballot?
Next : Breaking Down COVID-19 in CDCR Facilities 6.15.20

4 thoughts on “Diverse Group of Over 1000 March in Davis”