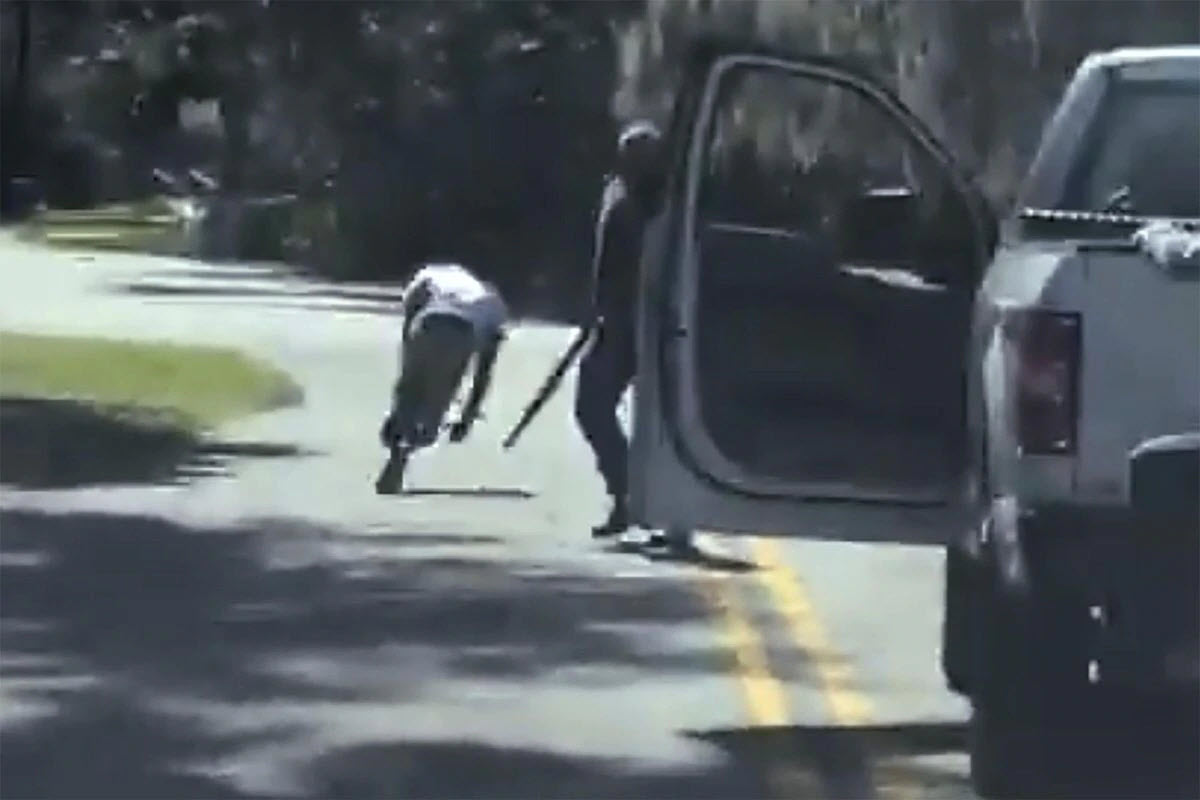 ATLANTA – The three men accused of shooting and killing Ahmaud Arbery—who was chased while jogging in a South Georgia neighborhood—were each indicted Wednesday on nine counts, including four counts of felony murder.

On Feb. 23, 2020, 25-year-old Arbery was jogging in the Satilla Shores neighborhood near Brunswick when two men, Gregory McMichael, 64, and his son Travis McMichael, 34, chased him with a truck and shot him dead, according to charging papers.

The third man indicted, William Bryan, 50, the McMichaels’ neighbor, was the one who took the video of the shooting, which was leaked and widely shared online, gaining mass attention and speculation of a targeted racial killing. When Arbery was initially trying to escape the McMichaels, he ran toward Bryan’s vehicle but Bryan blocked his exit and struck him with the vehicle, it is alleged.

The McMichaels were arrested on May 7 and Bryan was arrested on May 21. Georgia prosecutor Tom Durden of Georgia’s Atlantic Judicial circuit said that a grand jury should decide whether to bring charges in this case. On June 24, the grand jury of Glynn County, Georgia, formally indicted the three arrested men in this case of nine counts each.

“This is another step forward in seeking justice for Ahmaud,” said Cobb County District Attorney Joyette Holmes. “Our team from the Cobb Judicial Circuit has been committed to effectively bringing

forward the evidence in this case and today was no exception.

“It has been an effort of many agencies including the Georgia Bureau of Investigation and the Department of Justice who worked together to get to this point. We will continue to be intentional in the pursuit of justice for this family and the community at large as the prosecution of this case continues,” she added.

Despite public criticism, the arrests of the men occurred three months after the killing because one of the previous prosecutors assigned to the case, George E. Barnhill of the Waycross Judicial District, advised the police that there was insufficient probable cause to arrest them.

According to Barnhill, the defendants acted legally under the state’s citizen arrest and self-defense statutes because they believed they were detaining a suspected neighborhood burglar.

In late May, the Arbery family attorney announced that the US Department of Justice will be investigating the murder as a federal hate crime.

There was also evidence of Bryan and Gregory McMichael using racial slurs over communication mediums.

The defendants’ attorneys contend that the men are innocent and acted consistently with the state law, maintaining that they are victims of judgment and that “the truth” will exonerate them.

Prior to June 23, 2020, Georgia did not have legislation regarding hate crimes. Since the killing of Arbery, Georgia legislators pushed to create that bill. On June 23, the bill was approved by the state senate and passed to the governor. If signed by the governor, the bill would impose additional penalties for crimes motivated by a victim’s race, color, religion, national origin, sex, sexual orientation, gender or disability.

“My family thanks everyone for not letting my son’s death be in vain,” said Wanda Cooper-Jones, Ahmaud Arbery’s mother. “I know he is still with us and this law is evidence of that and I look forward to being present when it is signed.”

The defendants’ arraignment before Judge Timothy R. Walmsley has not been scheduled.