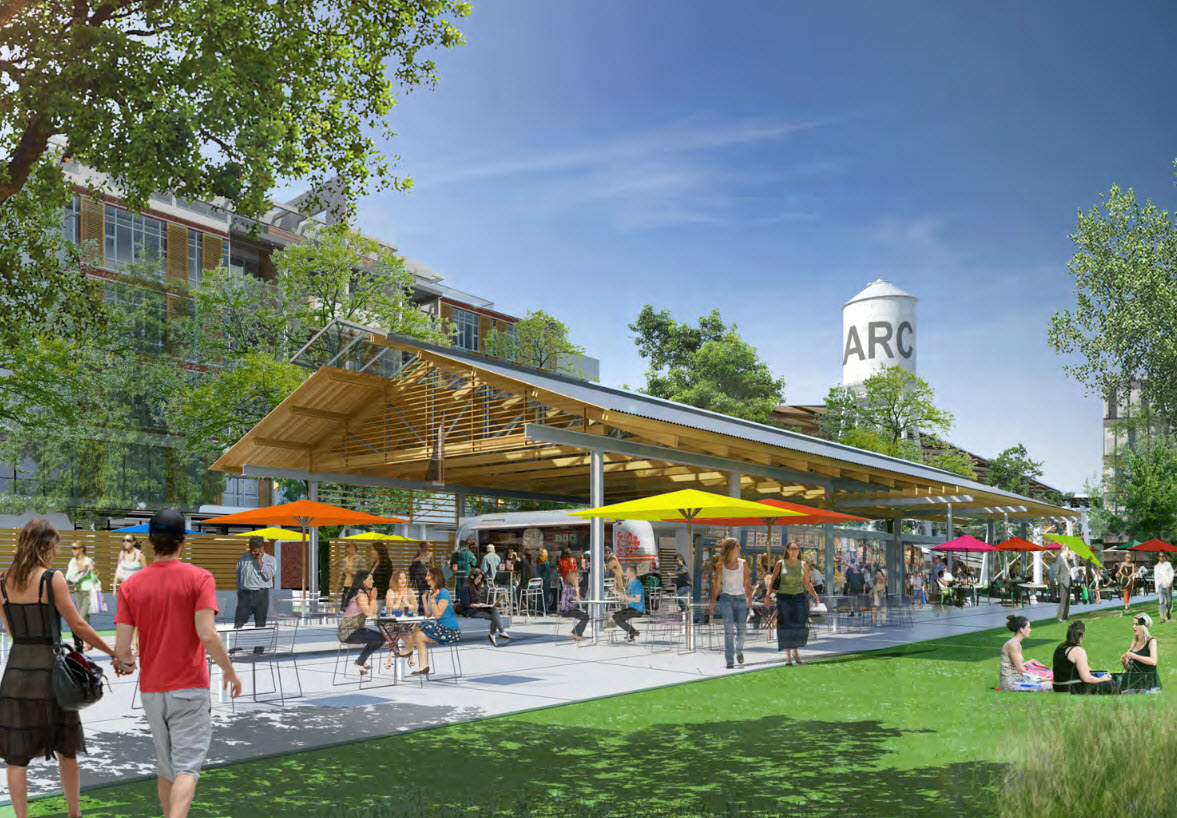 So if you feel like you are being railroaded by the Staff to bum rush this project through without being given the time to carefully deliberate and properly consider the huge implications of this massive undertaking, you’re exactly right!

But this is not accidental or due to the pandemic as Staff would have you believe. Staff and the Developer have intentionally planned (a less polite term to use would be “schemed”) to get this matter to you at the last possible date to give you as little time as possible to review this project.

Indeed, they have created an artificial deadline to get this before Council because they know that the less time you have to do a careful review of the project, the more likely it is that you will hustle

it on to Council without any substantive changes…and this clearly benefits the Developer.

But you are not alone here. Every single other Commission that was asked to review this project (or demanded to review it in the case of the NRC and Tree Commissions) was also delivered huge packages with very little time to sufficiently weigh the information or properly prepare before their respective meetings.

In fact, almost every single document that has come from the Developer and Staff was delivered to the respective Commission at the last possible moment to avoid Brown Act violations…just as Staff has done here with the Final EIR and their Staff Report to you.

In the case of the F&B Commission, they were even given a key lengthy response by the City’s financial consultant literally two hours before the meeting in which they were asked to opine that the project would be profitable to the City.
In the cases of the NRC, BT&SSC, Open Space, and Tree Commission meetings, they were told that if they did not submit their recommended Baseline Features of the project that very night of their meetings, that there would not otherwise be enough time for Staff to include it in their reports to you.

So every single one of these Commissions scheduled a special meeting on which the main agenda item was a review of the Baseline Features. Yet their work products before you tonight making suggestions to improve these Baseline Features have been summarily rejected by Staff – often with no more of an excuse that the project “would not be feasible” if these suggested improvements were implemented but otherwise not providing any proof to substantiate their claims.

So why did Staff even bother with this charade of getting Commission input if they had no intention of recommending to the Planning Commission that any of the suggested improvements forward be adopted. Well, it’s because then Staff can otherwise tell the Council before their upcoming meetings and the Developer can tell the public during the subsequent election that the project was “thoroughly reviewed by the Commissions” – never mind the fact that almost every Commission’s input was almost universally rejected by Staff and the Developer.

Now Staff will tell you,”Oh but we really, really wanted to get all of this to you in a more timely manner. But there was this once-in-a-lifetime pandemic so a lot of Commissions missed a meeting in March that would have allowed a have allowed a more measured response”. IT’S NOT OUR FAULT!”

But that would be complete and total BS. The reality is that many people (including myself) started pleading with Council last October to please, please start the Commission review of this project as soon

as possible to allow for a thorough and complete review. But it was to to no avail and nothing at all really happened until March in the dead middle of the pandemic.

For one example, the Developer has had years to get the EIR out for review by everybody. They even already had a previous EIR certified for MRIC almost 4 years ago!. But the latest Draft SEIR was held back from release until absolutely the last possible moment to ensure there could be only the statutory minimum required review period of 45 days for people and the Commissions to give their comments.

So then why is Staff now asking the Planning Commission to wade through 1,000 pages on an EIR and a 600 page Staff Report in a little over a week to try to not only certify the SEIR tonight but also to agree to a set of Baseline Features that are the very backbone of this massive project.

Well the answer is obvious…Staff really does NOT want your considered review and deliberative input! Staff wants you to rubber-stamp this project immediately to get it to the Council so it can be put on the ballot at the last possible date for the November election.

Long time Commission members know that this is the exact same playbook Staff has used for the past two Measure J/R votes. And I’ll bet any amount of money that there is a spreadsheet sitting somewhere on the Developer’s and Staff’s desks that shows a detailed time-line of exactly the last possible dates to get this information before you and the other Commissions so that Council can ultimately approve it on July 7 – the very last possible date to get it on the ballot in November.

But the thing is, this November election deadline itself is entirely an artificially constructed deadline set by the Developer. There is no reason to rush this forward because, as the Developer claims, the opportunity to grab a major tenant is shrinking fast. In fact, virtually all planning for all new major office building construction projects (even if already fully entitled) have stopped dead in their tracks because the world has changed so dramatically due to “new normal” in telecommuting brought on by the pandemic.

And even before this pandemic the demand for these types of major sprawling business parks was decreasing fast. Indeed, the Woodland Innovation Center has been trying for years to line up their first major tenant for their multi-hundred acre project that is even closer to UCD than DISC – and they have come up with goose eggs for all their efforts.

Even the Developer is saying this project is going to be a 30-year+ build-out so there is going to be lots of time to work out the details later – but only after he is given the blanket zoning entitlements now!. Ash Feeney himself has publicly acknowledged to the Finance and Budget Commission on direct questioning that that the current economic environment probably means no building will occur anytime soon and the property could just lay fallow for years until the financial crisis passes and conditions improve. So there is no need to rush to get this project before the voters now as the Developer and Staff otherwise claim. It is much more important to get it right before it is sent on to the Council and the voters.

Careful pre-planning now is even more important with this project because it has such little specificity. This is because the Developer and Staff are asking for zoning change entitlements for land use with very few actual details given for the subsequent projects. So it is imperative that we get the right markers set in the field NOW on how the project should look in the future to ensure that we have some assurances that future specific proposals brought back will be reasonably close to what we were promised.

So please do not be rushed into hasty approvals or recommendations asked by Staff unless you have had all of your questions answered in detail and the project has the appropriate safeguards in place to truly make it a beneficial project for the City and one of which we can be proud.

The letter was initially submitted to the Planning Commission by Alan Pryor, a longtime resident of Davis and a member of the Natural Resources Commission.

36 thoughts on “Letter: Planning Commission Being Played by Staff on DISC”