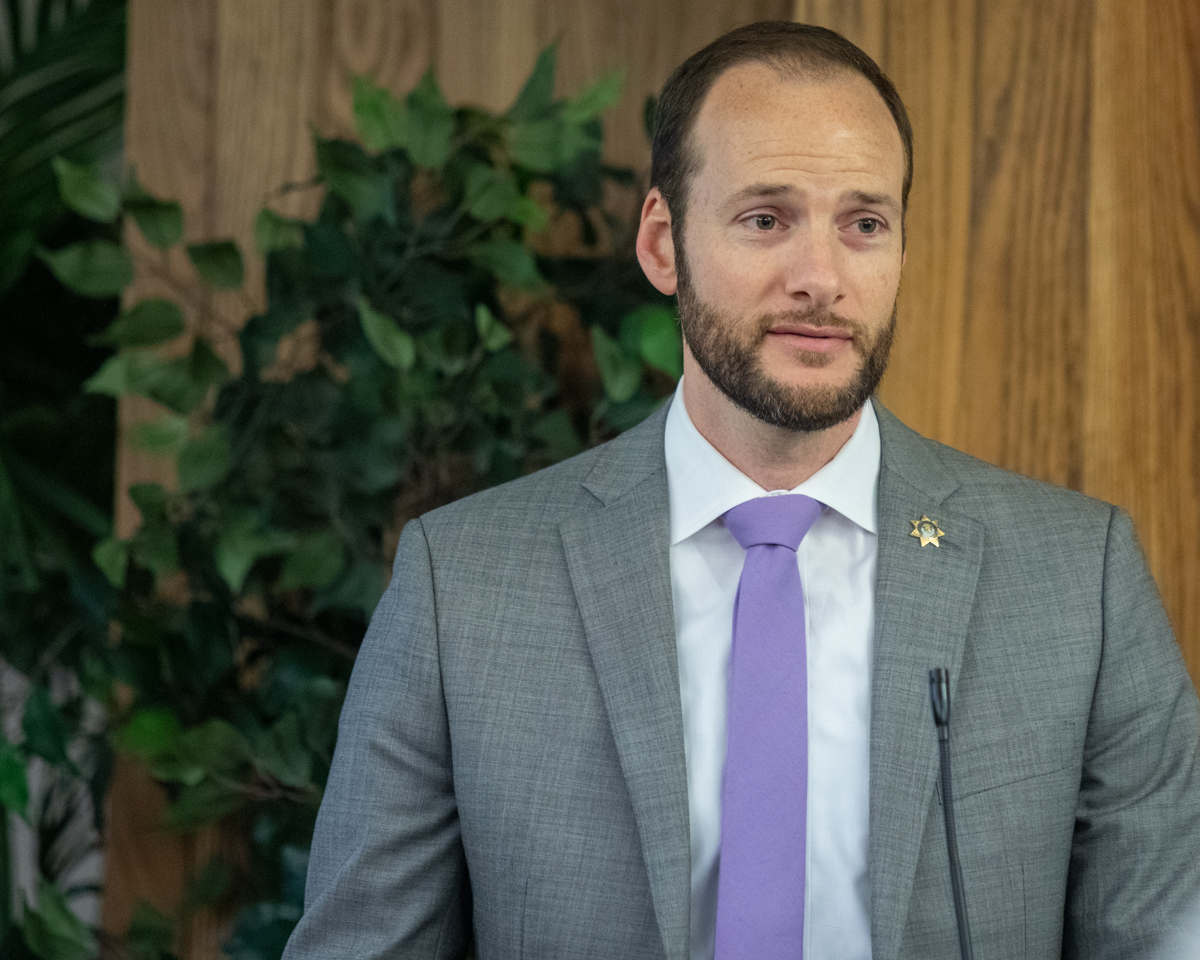 “We are excited to announce a bold new policy,” Boudin announced.  “It is a policy that allows victims and witnesses of police or law enforcement violence to receive victim’s compensation and support, the same way that any other victim of any other crime will receive.

“This policy will ensure that people who are impacted by police violence will able to qualify for resources like medical expenses, mental health support and when necessary, funeral and burial expenses.”

Boudin said, “The bottom line is that people should not have to rely on a GoFundMe page to go to a funeral of their son or daughter when they’ve been killed by law enforcement.”

Across the country, far too many people each year are killed or injured by the actions of law enforcement officers.  When that occurs, existing services for victims’ support does not apply.

“People are left to fend for themselves because law enforcement rarely if ever writes a police report that lists the decedent or the person injured as the victim,” he stated.

To remedy this problem, DA Boudin is expanding his partnership with UCSF’s Trauma Recovery Center.

Funding for compensation will be provided by the District Attorney’s Office’s Victims Services Division, which will grant compensation for direct victims of law enforcement violence, as well as witnesses and loved ones of victims and peaceful protestors against police violence.

The policy announcement comes during a time of national outrage and protest against police violence, particularly toward Black men.  In response to the outcry over the recent murders of George Floyd, Breonna Taylor, Tony McDade and many other Black people by police officers, District Attorney Boudin has quickly implemented a series of reforms in recent days aimed at police accountability; prevention of police violence and racial biases by law enforcement; and protection of the public’s First Amendment right to peacefully protest.

On hand were victims’ services advocates who stressed the need for the new policy.

“The physical, emotional and psychological trauma of police brutality and violence breed anger and frustration,” explained Gena Castro Rodriguez, Chief of the District Attorney’s Office’s Victims’ Services Division. “When victims don’t secure justice and resources to help them recover it can affect their sense of safety and trust in the very systems meant to protect them. Providing financial

assistance to help victims in rebuilding their lives is an important step in acknowledging the wrong and beginning the healing.”

According to the DA’s office, the current law in California “requires corroboration for crime victims seeking compensation through a police report or other law enforcement documentation.”

In cases where there is police wrongdoing, where officers are the perpetrators of the violence, “officers are unlikely to provide documentation incriminating themselves and admitting to inflicting violence without justification. “

The DA’s office argued that,  in such cases, “it becomes nearly impossible for victims and witnesses of police violence—including police shootings—to obtain compensation for costs they incur as a result of police violence. “

District Attorney Boudin’s new policy will close that gap and, when necessary, will allow corroboration through medical records and additional forms of documentation—other than police reports.

At the same time, Boudin stressed that in no way does the new policy limit the prosecution of legitimate cases of police resistance or obstruction.

The District Attorney’s office will continue to prosecute cases against those who resist or obstruct law enforcement officers acting lawfully.  Instead, this policy aims to provide resources to legitimate victims, witnesses, and family members of victims of police violence to enable the necessary healing and financial compensation they need to recover.

In addition to the new District Attorney policy directive, the DA’s office also announces that UCSF’s Trauma Recovery Center (“TRC”) will expand its capacity to serve victims of police violence, as well as family members that have lost loved ones at the hands of police.

“The UCSF Trauma Recovery Center provides trauma focused, compassionate care to survivors of violent crime, especially those from underserved communities,” explained Dr. Sarah Metz, Director of the Division of Trauma Recovery Services and Chief Psychologist at Zuckerberg San Francisco General Hospital.  “This includes those who are survivors of violence due to racism, and to family members who have lost a loved one to institutionalized violence, including police brutality. We eliminate barriers to care and provide equitable, culturally humble, and just healing services.”

“The justice system must ensure accountability, especially when those who have been given the responsibility of protecting the public betray that duty,” said Tinisch Hollins, California State Director for Crime Survivors for Safety and Justice. “It is also critical to prioritize the needs of all victims of violence. The healing of our communities requires ensuring all survivors of violence have immediate access to the care and support they need to address their trauma, regardless of who exacted that harm, rather than facing barriers to recovery.”

“Providing financial assistance to help victims in rebuilding their lives is a critical step in acknowledging the wrong and beginning the healing,” Chesa Boudin said.  “It is also essential if we are to rebuild trust between and the communities that we serve and protect.”