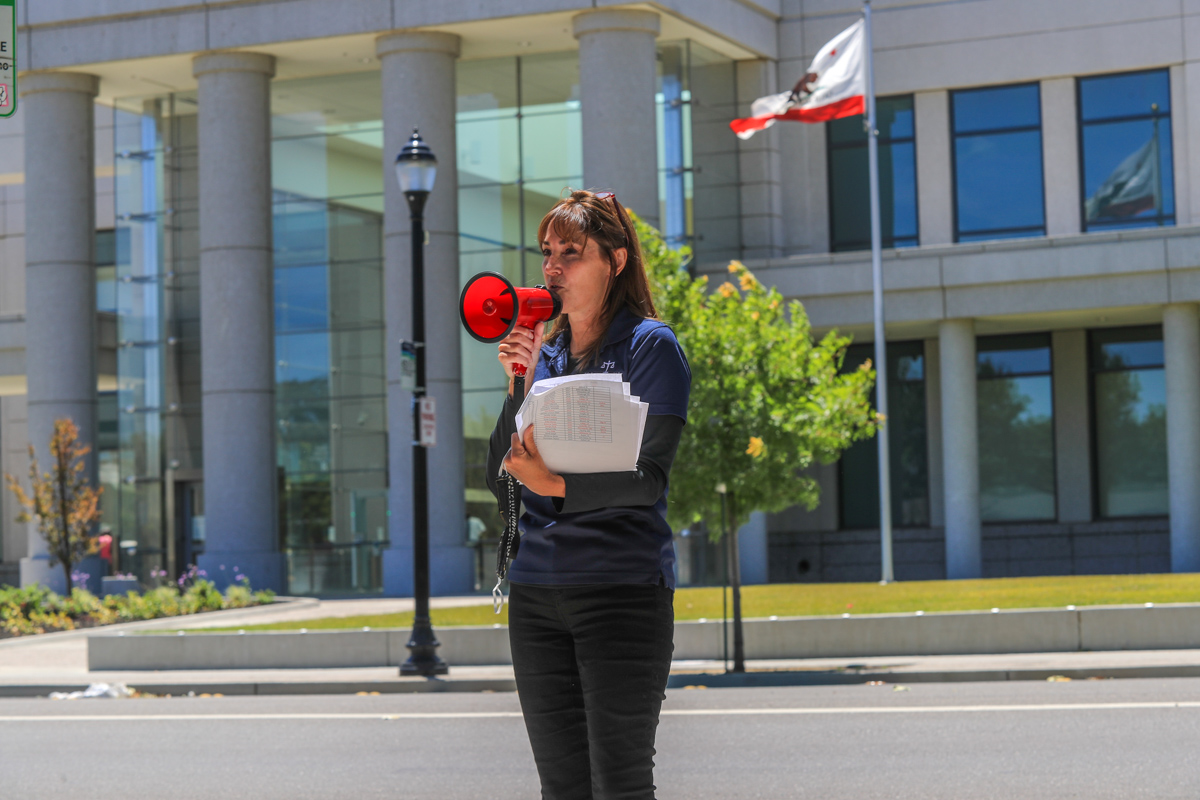 During the interview, Yolo County Public Defender Tracie Olson told the news station, “Honestly we see Black people go to prison for crimes that white people don’t go to prison for…On April 20, I looked at the jail population. We had about a little under 200 people in the jail, 49 of whom were Black. So that’s 25% of our Yolo County jail population is Black. Yolo County’s demographic population is 3% black. So we have over an 800% over-representation of Black men and women in our local jail. So it is a local problem.”

Apparently that was too much for Yolo County DA Jeff Reisig.

In a press release, DA Reisig responded, calling it an “exaggerated claim” and saying, “Ms. Olson ignored the residency of those inmates from her data; verified black Yolo County residents only made up approximately 10% of the inmate population.”

He said, “Yolo County Public Defender Tracie Olson’s recent broadside against the justice system in our county was inaccurate, irresponsible, and insulting to both prosecutors and the judiciary.”

Instead, he argued, “Yolo County’s rate of prison incarceration for black inmates was around 27% below the state average for 2016, the most recent period tracked.”

Jeff Reisig said, “With the turmoil gripping this nation over racial inequities in policing and justice, the last thing we need is this type of shameful demagoguery.”

He continued, “I don’t know what propelled Ms. Olson to launch her baseless critique of justice in Yolo County,

especially while emotions are so raw in the aftermath of the George Floyd tragedy. I do know that she is wrong and I call upon her to immediately bring her allegations and any supporting documentation to the next hearing of the Yolo County Board of Supervisors.”

He concluded, “Now, more than ever, we need the public we serve to have faith and reliance on the fair and racially neutral administration of justice. Ms. Olson, it is time to either put up or apologize to the police, prosecutors, and judges you have recklessly and unfairly maligned.”

He also alleges, “Ms. Olson indicts our local judges by claiming she has been witness to specific acts of discriminatory sentencing. She alleges that she has seen our judges sentencing black defendants to prison for crimes that ‘white people do not go to prison for.’

“These are remarkable allegations and one must wonder why Ms. Olson has chosen to remain silent until now instead of using her position as the county’s public defender to alert the community and outside judicial authorities to these reputed miscarriages of justice.”

Data provided from April 20, however, clearly shows that 25 percent of the incarcerated population in Yolo County is Black.  On that day, 49 of 194 people incarcerated were Black in a county where only a small overall percentage is.

In a statement to the Vanguard, Tracie Olson said, “Society will never be able to overcome racism if we can’t even admit it exists.”

She told ABC10 last week, “We see injustices in what’s supposed to be the justice system. We see violence in the name of the law. We see mass incarceration in the name of public safety…When we have discussions with them about what the police reports say versus what our clients tell us actually happened, we see firsthand and we hear firsthand what the differences are.”

In her comment to the Vanguard, “My office is looking forward to working with the stakeholders, the board, and the community to improve outcomes for our Black and Brown clients.”