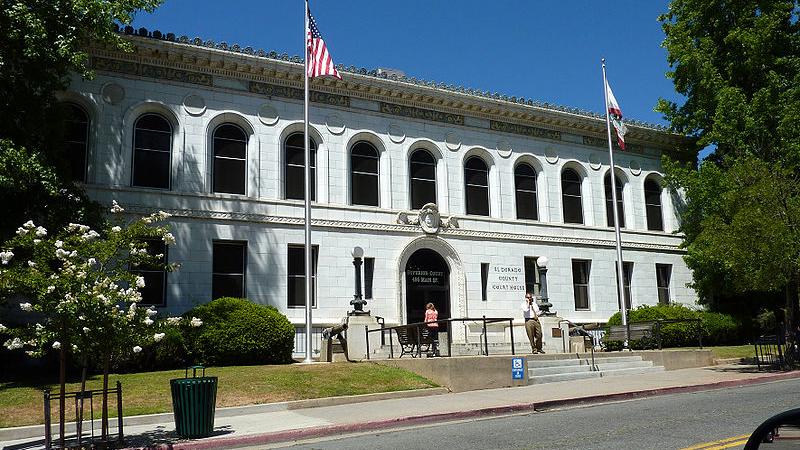 PLACERVILLE – A close friend’s recount of an assault convinced a county judge here to determine that there is sufficient evidence for an alleged domestic abuser—charged with violating a protection order and attacking his on-again, off-again girlfriend with a deadly weapon—to go to trial.

Gary Asher, 32, was arrested in El Dorado County on June 5, 2020, and is charged in El Dorado County Superior Court with five counts, including an enhancement for a conviction of prior criminal offense(s). Among these charges are assault with a deadly weapon that was not a firearm, and threatening a crime toward a woman with whom he had a previous relationship.

At Asher’s preliminary hearing last week in front of Judge Mark Ralphs, the charging documents alleged that Asher attacked a woman while she was walking home with a friend, who testified to the relationship

between the defendant and the victim as being that of “on-again, off-again boyfriend and girlfriend.”

“He [Asher] appeared from behind a bush,” the witness said as she described how the incident occurred. She noted that the defendant and the victim got into a verbal altercation, which escalated into something more physical.

According to the eyewitness, Asher had thrown two bike forks at the victim, adding, “He threw them towards her but they did not reach her. Luckily, he doesn’t have good aim.” The primary police officer of the investigation confirmed the bike forks were heavy metal objects.

The narrative by the witness continued, alleging the defendant charged the victim with a long object and knocked the things she was carrying out of her hands. There was much debate between the witness and the defense attorney regarding what the object actually was—the witness called it a pipe multiple times and a stick once.

“The diameter was probably an inch and a half. It had a handle so there’s no way it could have been a tent stake,” the witness said when the defense attorney suggested that is what the object was that was used.

“Asher was the aggressor. She [the victim] was trying to get away from him,” the witness added. She described that, while she did not see the defendant strike the witness with the weapons, he did throw the victim to the ground.

The actions the defendant allegedly committed against the victim violate the domestic violence protection order that was issued on May 30, 2019, in the protection of the victim of the June incident.

This protection order was issued in response to Asher being charged for a crime in violation of California Penal Code section 273.5(a), which states that “any person who willfully inflicts upon a person who is his or her spouse, former spouse, cohabitant, former cohabitant, or the mother or father of his or her child, corporal injury resulting in a traumatic condition is guilty of a felony.”

“There is sufficient evidence to continue for Count 1,” Judge Ralphs determined, enforcing that assault does not require contact.

“He threw the bike forks at her, even though they did not hit her. While contact is not required, it was made because of the pipe,” noted the judge in reference to the pipe-like object that Asher used to knock objects out of the victim’s hand.

Judge Ralphs ruled that there was not sufficient evidence to support Count 2 because there was no mentioning of a threat made toward the victim. While threats were made toward the eyewitness, the judge argued that she did not appear to be afraid of those threats.

Gary Asher is scheduled to appear again in court on August 7 for a scheduled arraignment to enter a plea before going to trial.