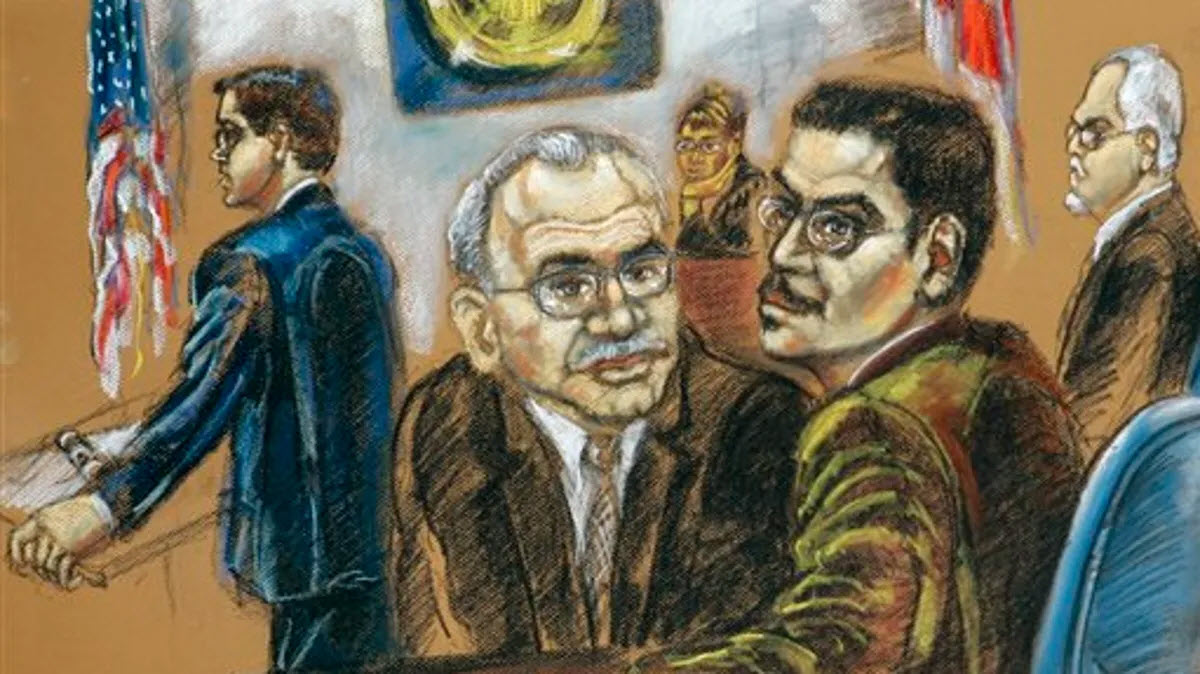 NEW YORK – Federal Court here announces the release of Adham Amin Hassoun, an American resident unlawfully detained for more than 17 months under a provision of the Patriot Act enacted under the Trump Administration.

Petitioner Adham Amin Hassoun was first arrested for staying past his visa and then convicted for conspiracy and material support charges as a conspirator of José Padilla, a Puerto Rican American suspected of aiding terrorists by plotting a radiological bomb attack.

As a result of this conviction, Hassoun, a 58-year-old Lebanese-born Palestinian who immigrated to the United States in 1980, was sentenced to 15 years and 8 months at the Buffalo Federal Detention Facility in Batavia.

On October 26, 2001, the Patriot Act was signed by President Bush to tighten US national security in relation to foreign terrorism as a result of the September 11 attacks. The provisions of this law include expanding the abilities of law enforcement to surveil phone calls, easing inter-agency communication for federal agencies to access all resources to counter terrorism, increasing penalties for terrorism crimes, and expanding the types of

activities that qualify as an act of terrorism.

Under the provision of increased penalties for terrorism crimes, Hassoun continued to be unlawfully detained by the Trump administration past his sentence for simply being a “threat to national security,” even though there were absolutely no criminal charges or credible evidence against him.

In an interview with the ACLU, Hassoun stated that “all I’ve wanted, like everyone else, is to be free and with family again. But the government at every turn tried to deny me the opportunity to prove my innocence.” Against his plea, Hassoun continued to be held in custody for more than 17 months.

The ACLU released a statement to the public to address this case.

“Mr. Hassoun’s illegal detention made a mockery of the most basic rights guaranteed by the Constitution,” said ACLU senior staff attorney, Jonathan Hafetz, who argued “he should have never been imprisoned, […] let alone under false allegations that the government abandoned on the eve of trial and refused to defend in court,” concluding that this act is a clear abuse of given governmental power.

In response to the 17 whole months of unlawful detainment, the ACLU, the Immigrants’ Rights Clinic at the University of Chicago Law School, and the Roderick & Solange MacArthur Justice Center filed a habeas challenge which ultimately led to the order of Hassoun’s release.

Hassoun’s team of lawyers with attorneys from the ACLU maintained that Hassoun cannot be held by immigration officials indefinitely and must be released on the basis that “the government could not use either the regulations or the Patriot Act to circumvent the constitutional right to due process.”

As a result of the team, the court dismissed the immigration regulations against Hassoun and requested that the government submit proof of the justification for Hassoun’s detention. Though the government found no evidence, it still persisted in keeping Hassoun imprisoned without charge or trial.

The court ultimately decided against the government’s request and exercised its judicial power to release Hassoun.

Share:
Tags:ACLUPatriot Act
Previous : Man Tells ‘Ex’ He Would Shoot Her in Face, Gets 8-Month Offer – He’s Thinking about It
Next : UC Irvine Opens Probe of Student Protestors as Graduate Student Hardships Continue