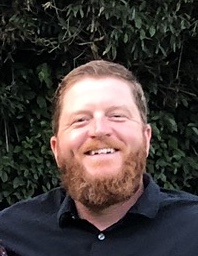 It is a new world in Davis with district elections, and over the next few weeks we will how interesting that new world becomes.  This week, Josh Chapman announced he would run for District 5—he will face at least Rochelle Swanson and probably some other candidates.

Chapman has been heavily involved in a lot of things over the last ten years.  He has served as owner of Armadillo Records, he has been President of the Davis Downtown Business Association, he has served on the Downtown Planning Advisory Commission, and he is the father of a fourth grader and sixth grader at Montgomery Elementary.

“I have been engaged in city politics at that level for the past ten years,” Josh Chapman told the Vanguard on Wednesday.  “I had always thought about running for city council ever since I was on the board of the Downtown Business Association.”

He said, “Now, what really got me moving in this direction, it was important that there was this natural next step for me and I think given the two crises that we’re in—look at the pandemic that we’re facing and now we have the whole national view looking at systemic injustice and issues that we’re facing as a community—I strongly feel that how the community responds to those types of events, that reflects what we as a community value and what our priorities are.”

He added, “I think it’s important that we have a council up there that really thinks long and hard about what to prioritize as a community.  I think that my background—my educational background—can be helpful to that conversation.”

Josh Chapman was born and raised in the sate of Maine.  Went to college in New Hampshire with a degree in business.  Following graduation, he joined AmeriCorps and lived in Washington, D.C.  In D.C. he met his wife, Athena, who is from Davis.  He stayed on after AmeriCorps, working as the education director for the Boys and Girls Club.

They moved to California eventually, with his wife getting a job in San Francisco.  He got his masters in education, focusing on equity and social justice at San Francisco State.  While he was there, he taught at a school with students who were incarcerated.

They moved back to Davis where his wife was from and after an unexpected death in the family, at which point his wife took over Armadillo Music from her family.

He has served on the board of DDBA for four years.  He became president of the DDBA and just wrapped up his time as president this past February.

He also through that spent two years on the board of the DPAC (Downtown Plan Advisory C0mmission), helping to determine the plan that will direct how the Davis downtown grows and develops.

“I think really reaching out and talking to different segments, different parts of community—whether it’s in South Davis or if I’m fortunate enough to be elected, in other parts of this town—about what we value as a community, how we’re going to move that forward, and reflect that in policy making and the decisions that we’re making,” he said.  “I think that is such a huge portion of where we’re going to be.”

He said that the budget has to reflect what we stand for as a community and what we do going forward.

Chapman added that we need to look at how we are creating job opportunities for people graduating from UC Davis.

The filing period is now open.  So far the city has received Form 501s (Candidate Intention Statements) from: Dillan Horton, Lucas Frerichs, Will Arnold, Larry Guenther,  Colin Walsh, and Rochelle Swanson.  And there are others as well.

The period opened on Monday, July 13, and closes on August 7.