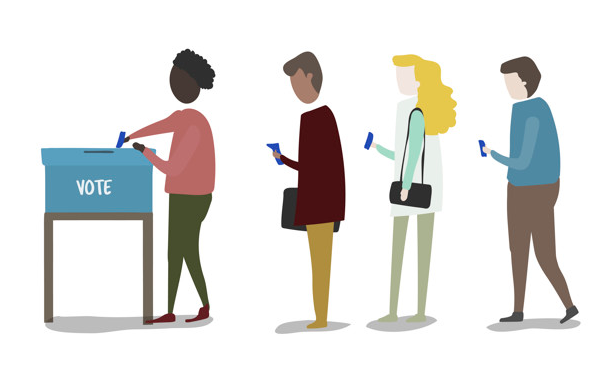 Last week on a 3-1 vote with Bob Poppenga in dissent, the DJUSD School Board appointed Joy Klineberg to fill the School Board position held by Cindy Pickett, who stepped down on June 30 to take a position at DePaul University in Chicago.  Many in the community were unhappy with the School Board’s choice, believing that the selection did not reflect the need for diversity and inclusion of marginalized communities.

On Tuesday, Yolo Committee for Diverse and Inclusive Elections (YCDIE), a committee that emerged in response to recent national events surrounding issues of racial injustice, announced that their first initiative is going to be a petition for a special election to fill the seat on the school board.

“The Davis Joint Unified School District is approximately 50 percent people of color and the current board does not reflect the District’s diversity,” the group said in a statement. “The Yolo Committee for Diverse and Inclusive Elections believes strongly in the importance of representation and of allowing the public to select their representatives through a democratic process.

“Marginalized communities have been historically disenfranchised through the appointment of governing officials, and thus YCDIE feels that it is important to protect the voters’ right to choose their representatives.”

Peggy Kao Enderle told the Vanguard that the group is in the process of organizing, and expects to collect about 800 signatures within a week.

The following is the relevant section of the Education Code:

“I think the Davis community really values the opportunity to really elect their representatives and to have representatives that they feel adequately understand and represent their concerns and needs,” Enderle said.  “We wanted to put that to a vote of the community.”

She added, “We have a desire to see our elections represents the diversity of Davis more than they do now.”

This is a tough time to think about children’s education – the COVID pandemic, schools going to distance learning, the economy faltering and long-quiet issues of the legacy of systemic racism have come back to the forefront of national political discourse.

“We’re hoping for board members that can think broadly about all the communities,” Peggy Kao Enderle told the Vanguard.

“There are a lot of concerns that brought us together,” she said.  “We’re in a unique situation.”

Rijin Sahakian added, “I believe our school board should be reflecting the desires of the public.”

She said, “The majority of the public comments indicated that diversity of the board was very important to the public.  That seems to have been disregarded.”

Sahakian also said noted the ongoing crisis in public education – issues of funding, diversity and inclusion, and issues relating to science and the defunding of science programs – “COVID is exacerbating that” but the issue is was present even before hand.

Sahakian noted that Vigis Asmundson had over 20 years of teaching experience “was not selected” despite her expertise and ties to the community.  She said, “I don’t know that that reflects the value of community members.”  She said, “This is someone who has taught 20 years internationally and in Davis and in the Fairfield-Suisun District in the area of science.”

She added, “She helped included girls and women in the school in Somaliland which she was one of the founding teachers of.”

“There’s  a number of issues here,” Sahakian said.  “The public interest, the democratic process here of selection and what happened.  Diversity on the board and the fact that these major issues that we’re facing in terms of representation, science and public health are not necessarily reflected on the school board at this time and the selection was not made to strengthen that.”

Joe DiNunzio, now the president of the board with Pickett’s resignation, said, “Following the DJUSD board meeting on July 2nd, a required notice ran on Sunday, July 5th, in the Davis Enterprise. It is also posted in three public locations: the DJUSD District Office, the DJUSD Operations Center, and the Mary L. Stephens Davis Library.  The notice informs the public that there has been a trustee resignation, a provisional appointment has been made, and that absent a certified petition calling for a special election, the provisional appointment will take effect on August 3rd. “

He said, “If a certified petition is submitted by the deadline, then the District will work with the Yolo Elections Office to take the steps needed for an at-large election.”

Cindy Pickett last week told the Vanguard, “I think we operate in a system that gives opportunities to certain people.”

She said, “I think that’s an area of disappointment too for some residents—there was not a recognition of the system, the systemic injustice.”

“There’s no blame or ill-will,” she said.  “It should be a learning experience.”

But the possibility of redress seems to have settled some of this for Cindy Pickett.

If the group gets the needed signatures, the voters will then have their say.