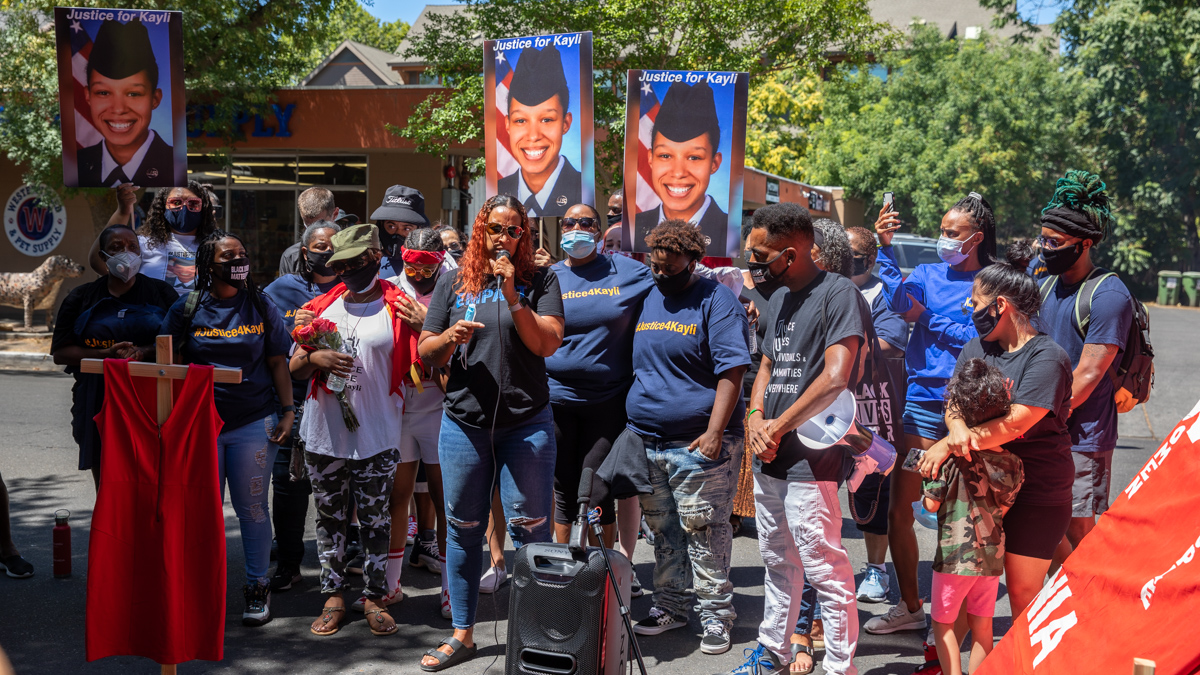 While the nation demands answers for the death of Vanessa Guillen and Gregory Morales, whose bodies were recently found nearby, in the Sacramento region, the death of Kayli Jefferson-Henkel is just now gaining attention a year after her death, thanks to the work of local activists who brought the matter to Congressman John Garamendi.

She had been stationed at Travis Air Force Base, living off base, when a month prior to her leave to Barcelona, Spain, she was killed. The government claims it was a suicide, but family and supporters point out her broken neck, black eye and bruises outside her hands, indicating that she was fighting for her life.

“We believe there was an intentional cover-up in this case,” supporters say. “There was no responsibility and accountability of these military officers who were responsible for these soldiers.”

Leah Schenk from Empact spoke for the family at the rally.

She noted that, as a mother, you give your child life and nurture them, “it is unnatural to bury your child.” 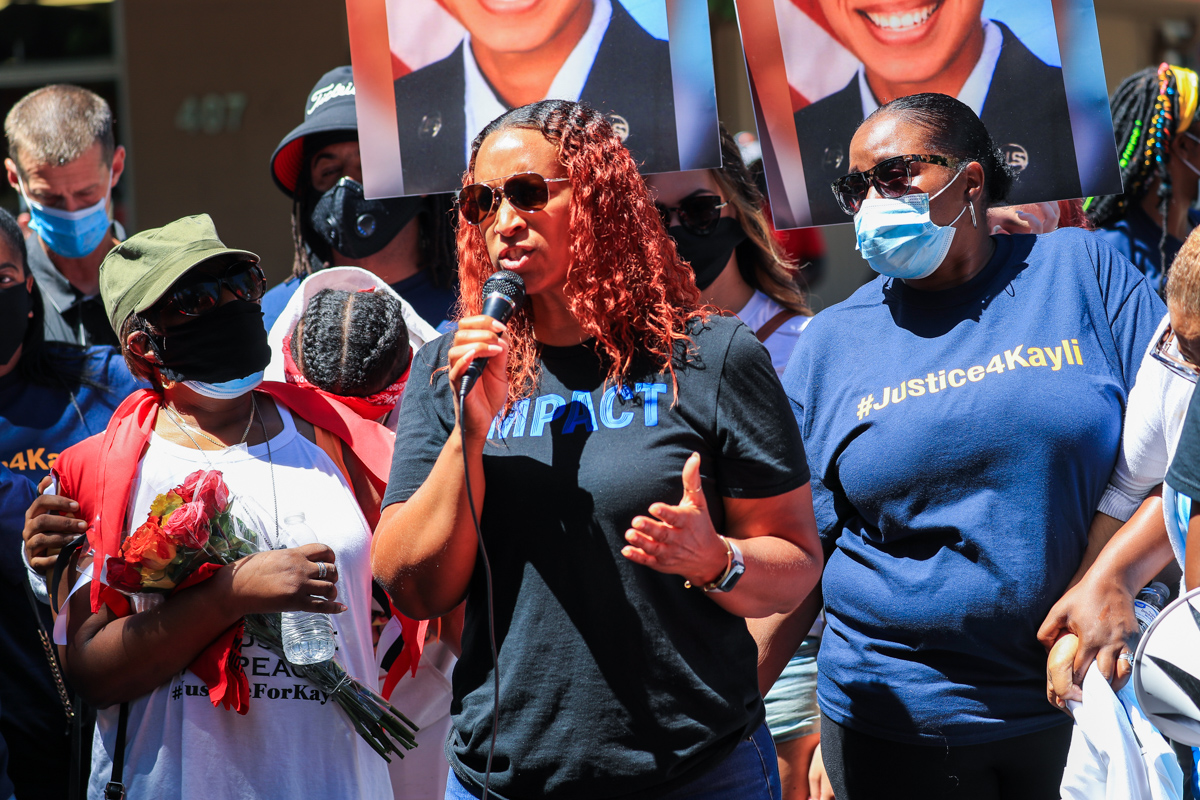 Answers she said that they should have gotten already. “If Kayli was any other child, she would have received the answers without being asked.

She explained that Kayli’s mother was told that Kayli contacted the suicide prevention hotline. She wanted to end her life.

“When Kayli laid there and her mother had to see her body with the broken neck, with the black eyes, with bruised and scarred knuckles. This baby had acid poured on her. That is not conducive to her walking in that room and committing suicide,” she said.

We want answers!” she said. “Something is being hidden.”

The 21-year-old was found by someone else, so “why are they not being investigated, because that’s customary?” she asked. 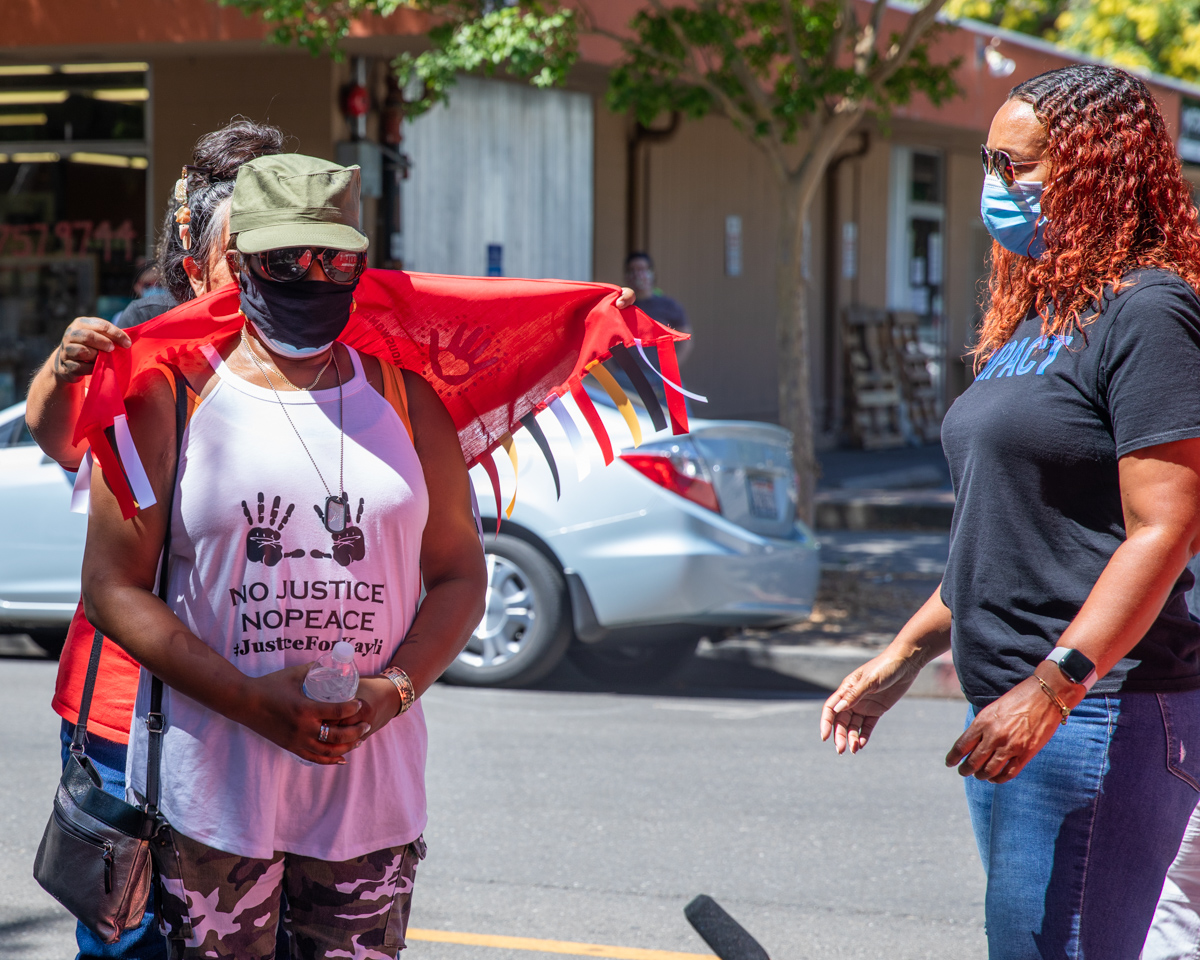 “Why was she not allowed an autopsy?” she continued asking. “She was denied one by the military, why?

“We want to know all the answers,” she said. “And this mother deserves that. We should not have to come here and stand in front of this office and beg for basic liberties.

“The most unprotected person walking in this world is the black woman,” she said. “Kayli stood for this country. She put that uniform on and she was proud.”

Schenk said that “the narrative that they want to spin right now is that every time a Black person dies, it’s suicide. That’s the new white supremacist narrative.”

This week, authorities in southern California ruled the death of 24-year-old Robert Fuller, found hanging from a tree, a suicide. His family continues to believe that he wouldn’t have taken his own life. 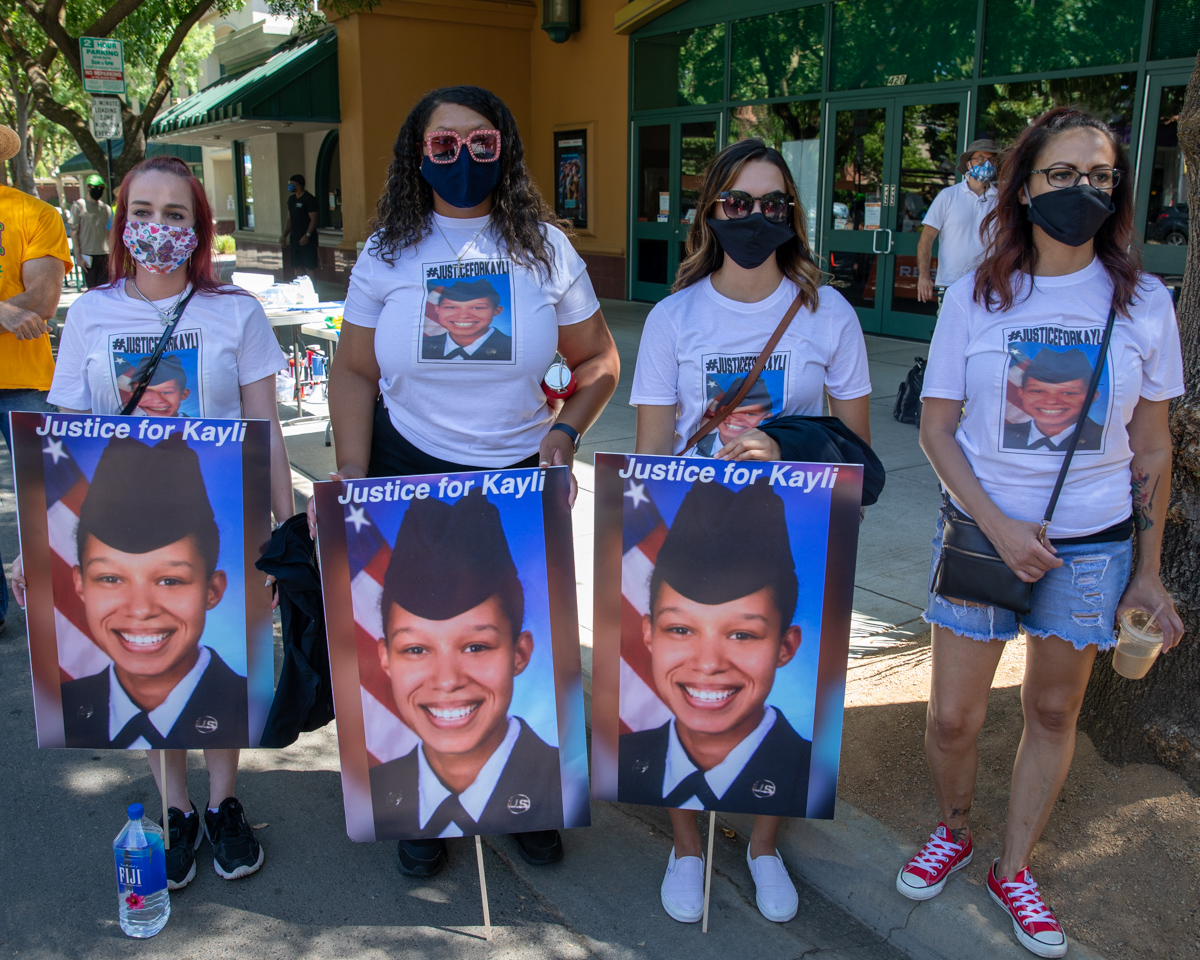 Officials said Fuller had a history of mental illness and suicidal tendencies. He was treated for depression at a Nevada hospital last fall.

Officials made the same claim in the case of Kayli Jefferson-Henkel. According to media accounts, an investigation indicated that she made a call to a suicide hotline moments before dying.

In a letter from John Garamendi, he asked the acting inspector general to look into the matter further. 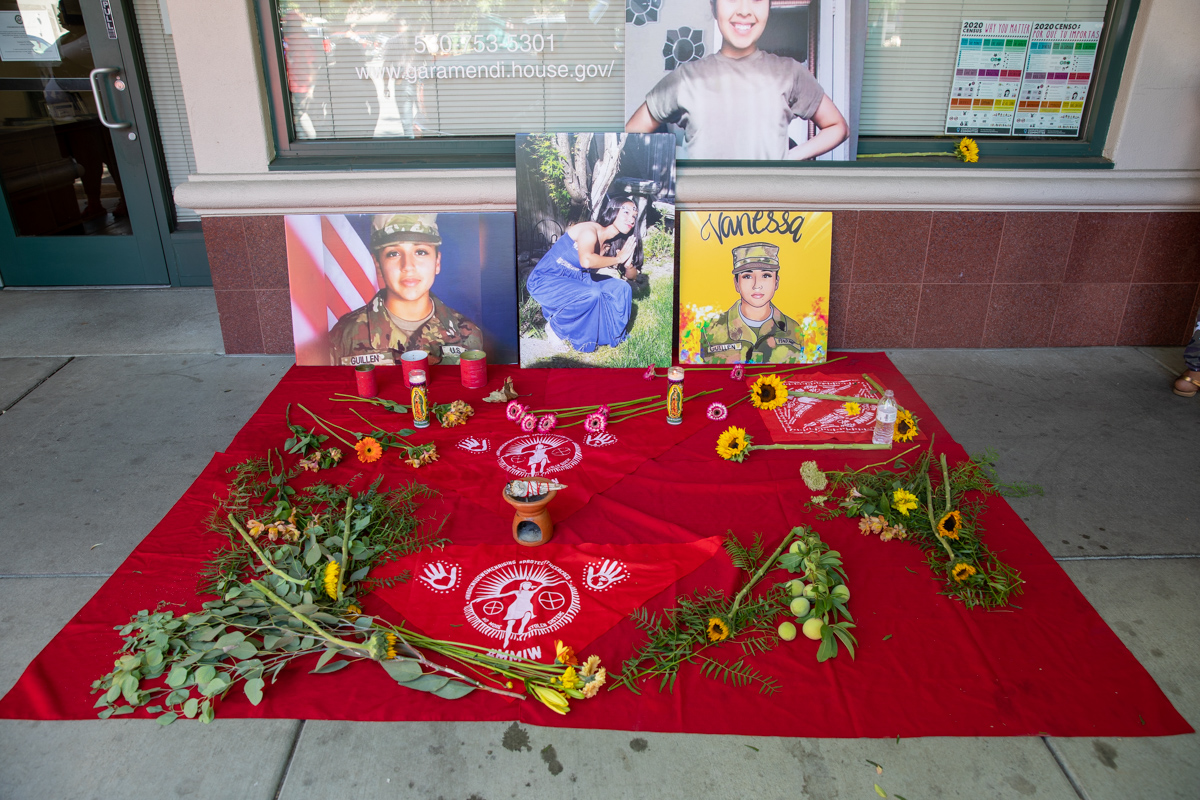 “And they will undoubtedly contact the family and say, ‘What are your concerns? Why does this not square with your understanding of your daughter?” said Garamendi.

“She had friends, she had family,” she said. “Kayli was not alone. She had a family. She was love. And Kayli was not unhappy.

“We’re demanding an investigation, we’re not asking,” she said. “Because if Kayli had a different color skin, she would have answers.”

“But since Kayli looks like us, she was not worthy of that,” she said.

Desiree Rojas is the activist that helped to organize the event on Saturday.

She told the Vanguard that her organization, LAACLA, sent a letter to Garamendi asking for support regarding the Vanessa Guillen case. Guillen was one of several people of color whose bodies have recently been found.

Guillen died mysteriously, and then Krysta Martinez, who began the movement to find Guillen, died in a car accident just as she initiated the search and filed a sexual harassment complaint against the Fort Hood Army Base.

“Now we have in our back yard the case of Kayli Jefferson-Henkel,” Rojas said. “(Garamendi) has stepped up to the plate and is calling for an independent investigation and we’re out here to make sure it happens.

“We also need to defund the police and we want the military recruitments off of campus,” she said. “We want a strong message to go to the US Government to say that American children are on bases enrolling in the military and they’re being murdered. That’s a very dangerous message to send to the community.” 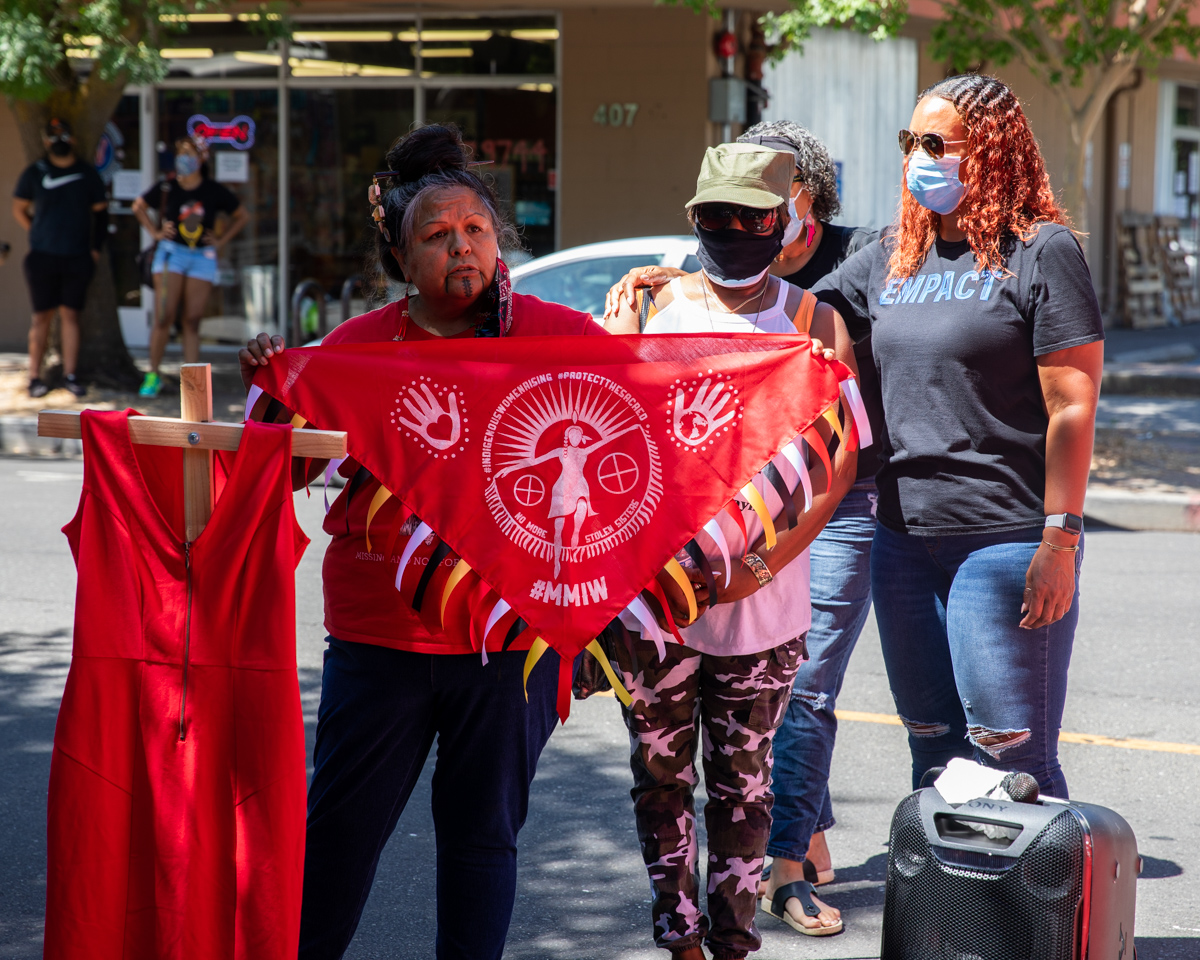 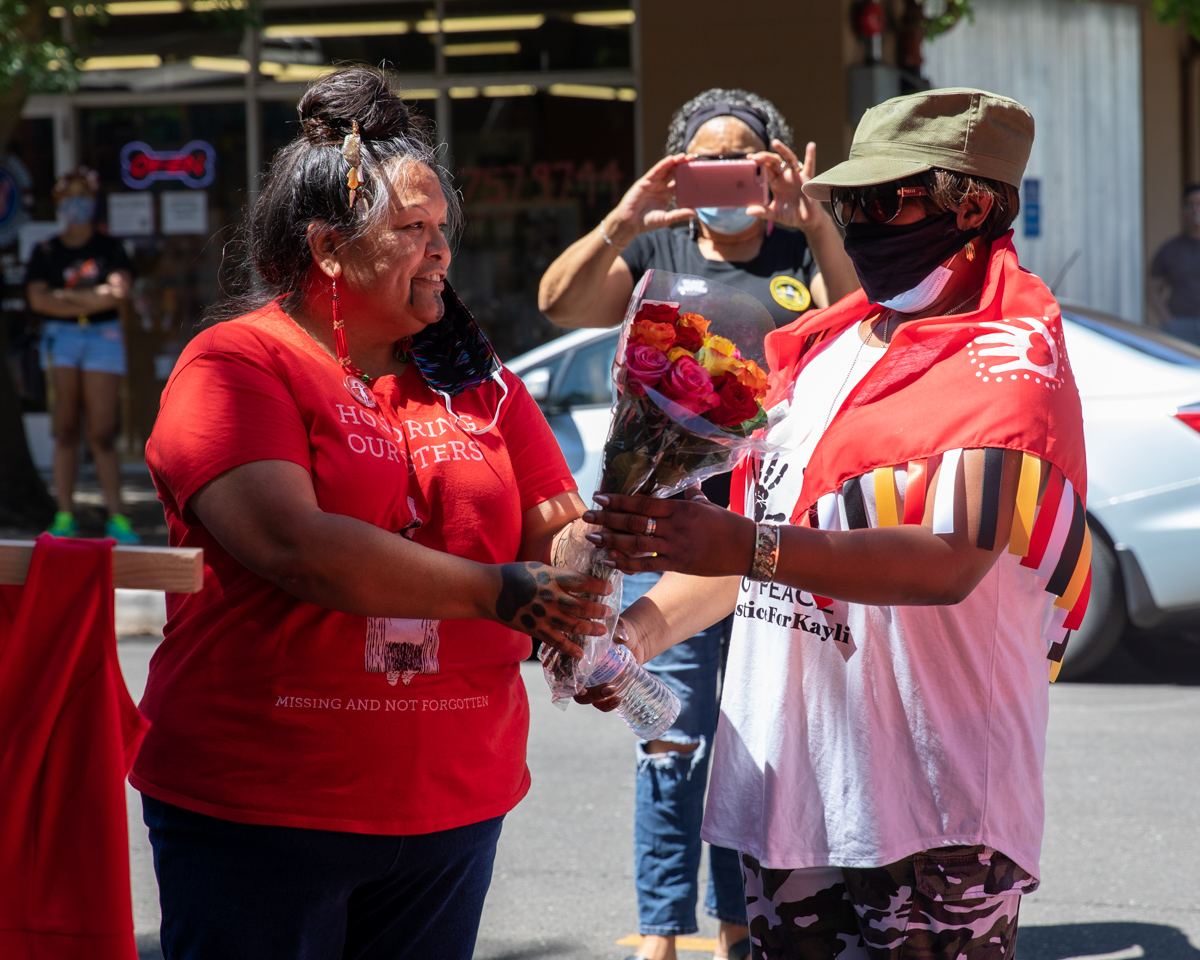 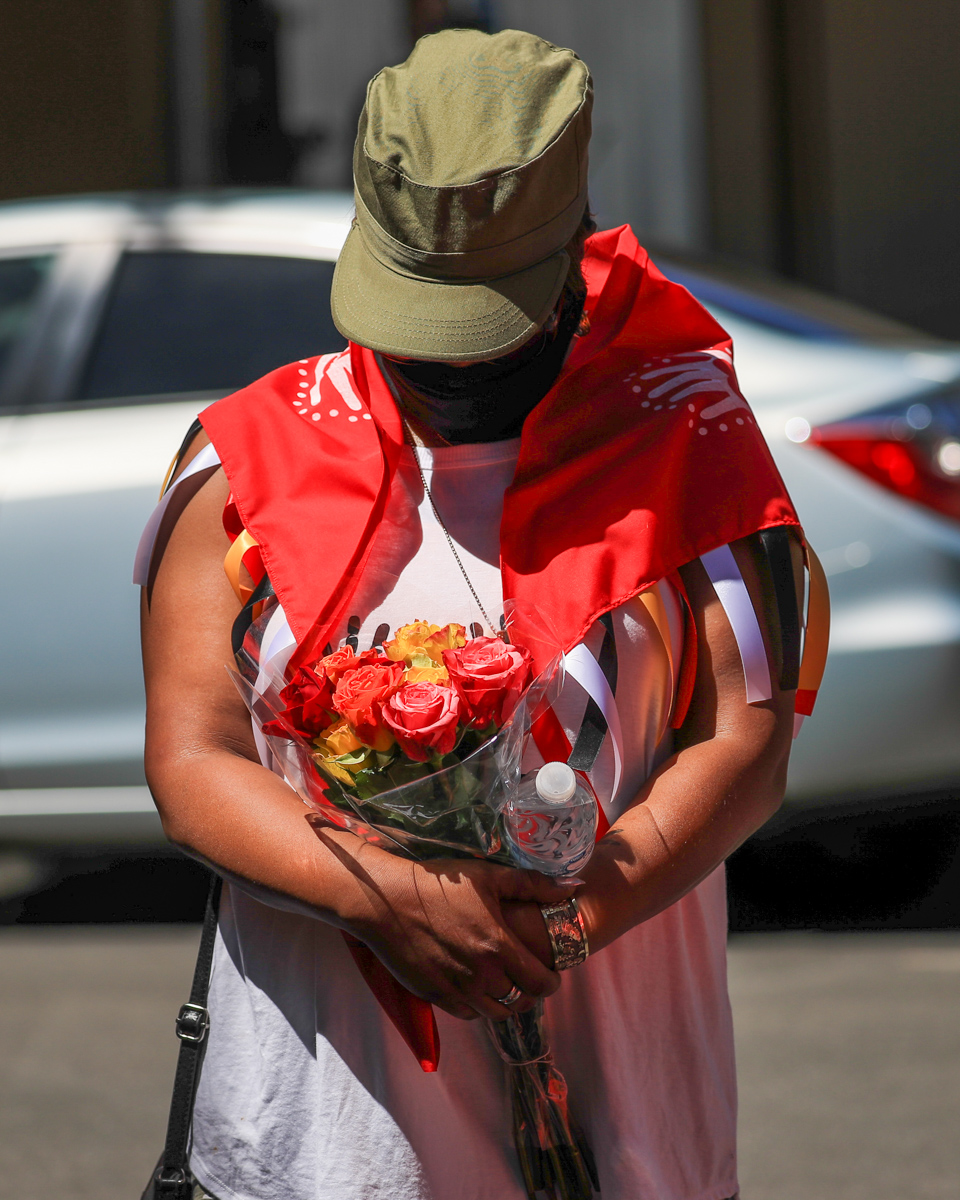 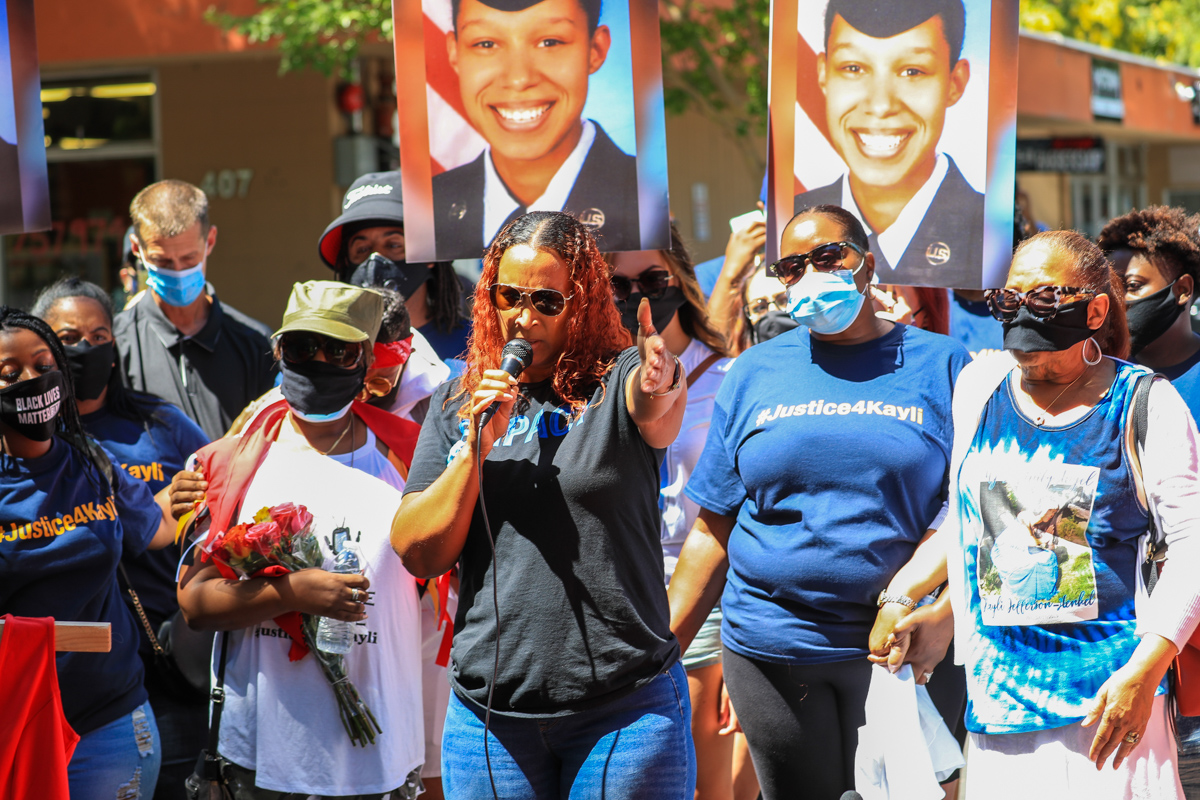 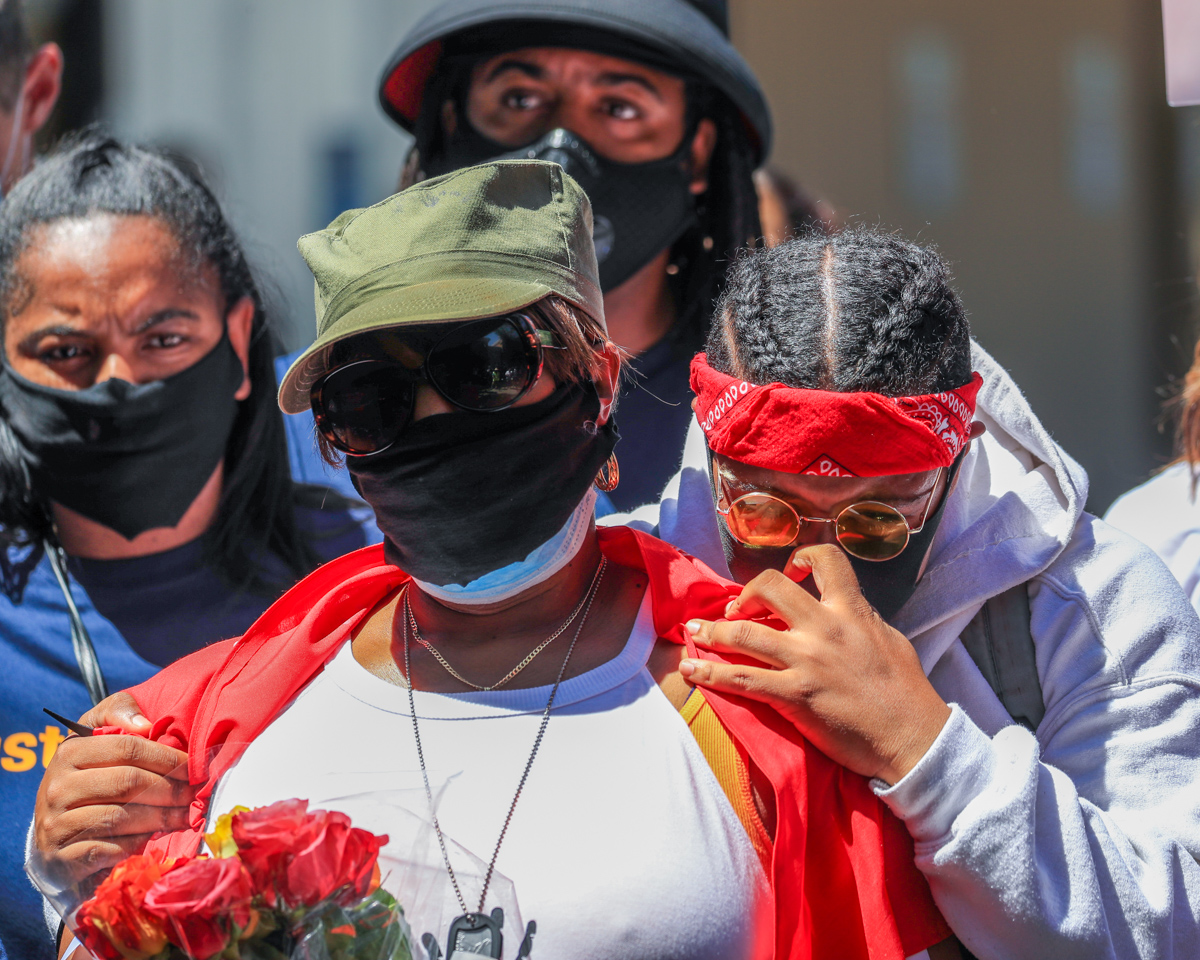 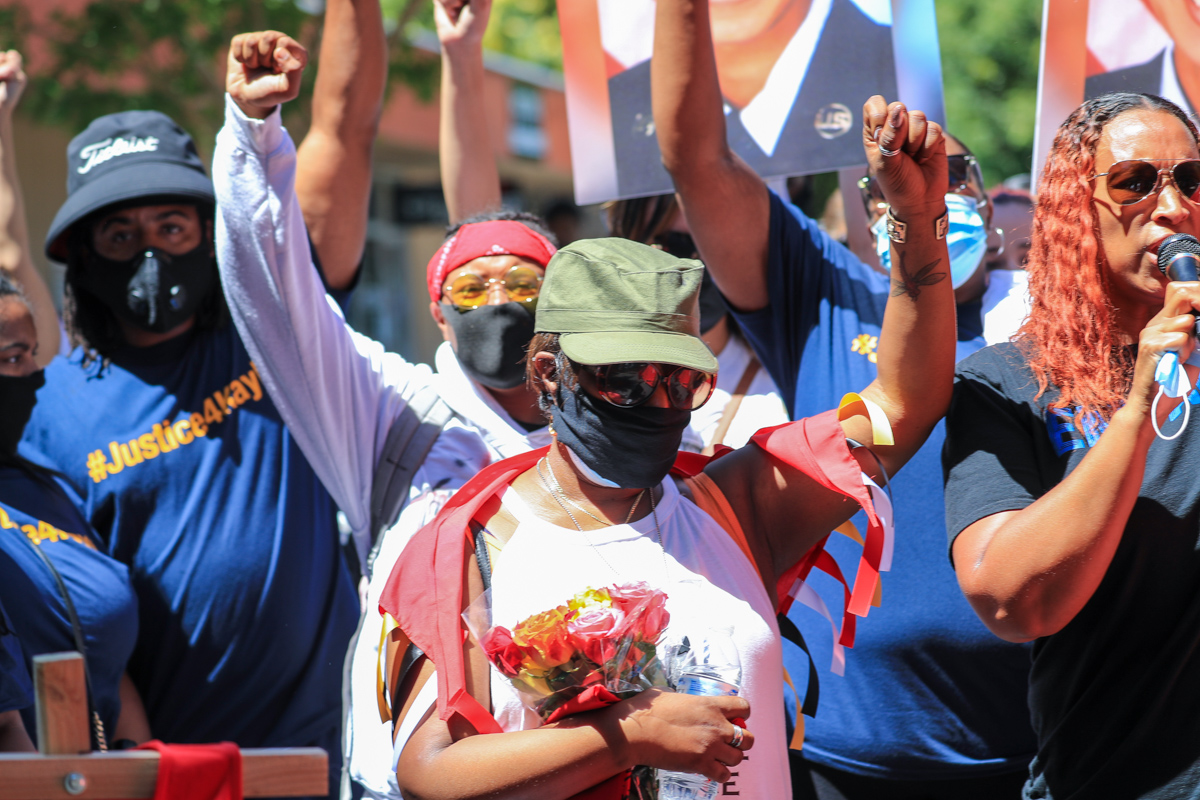 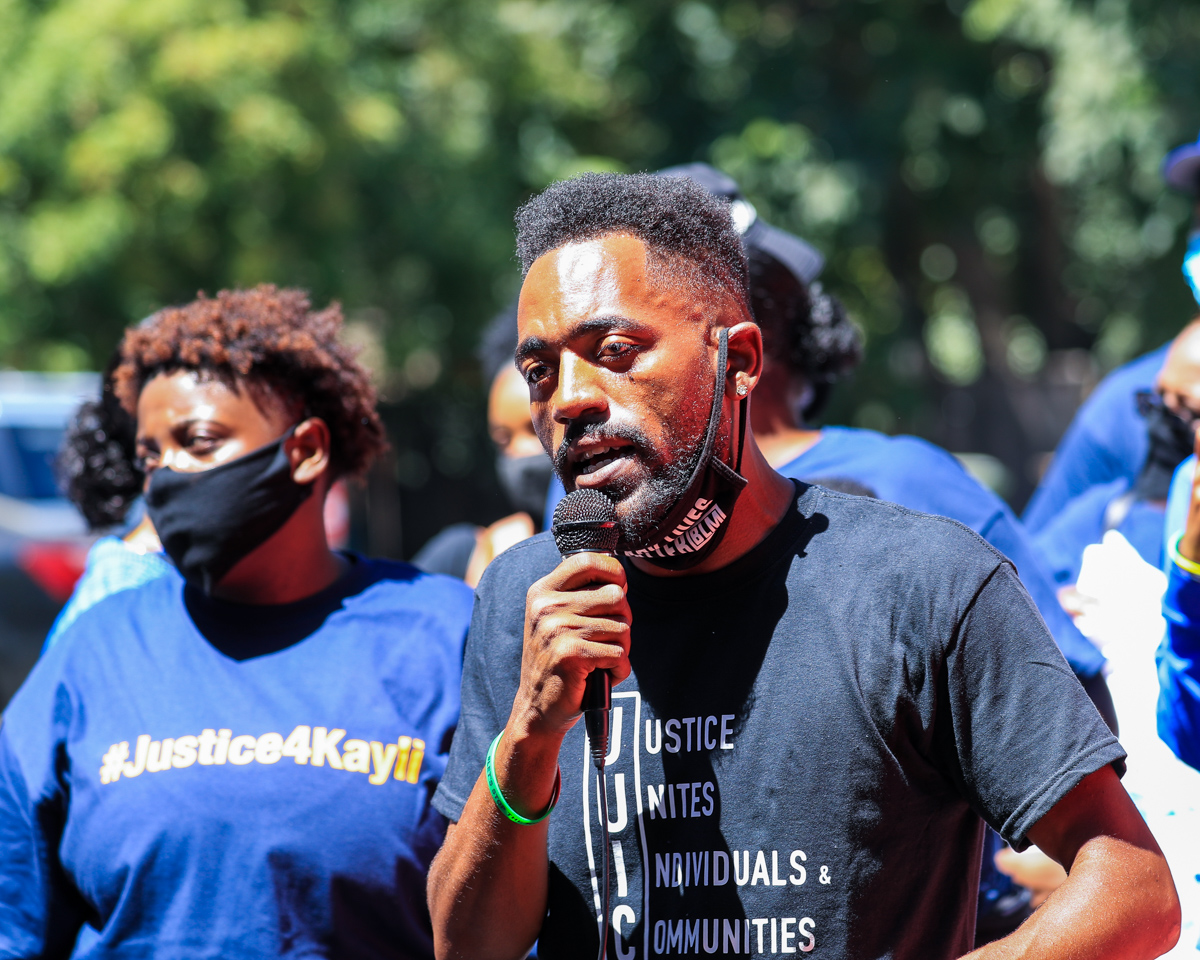