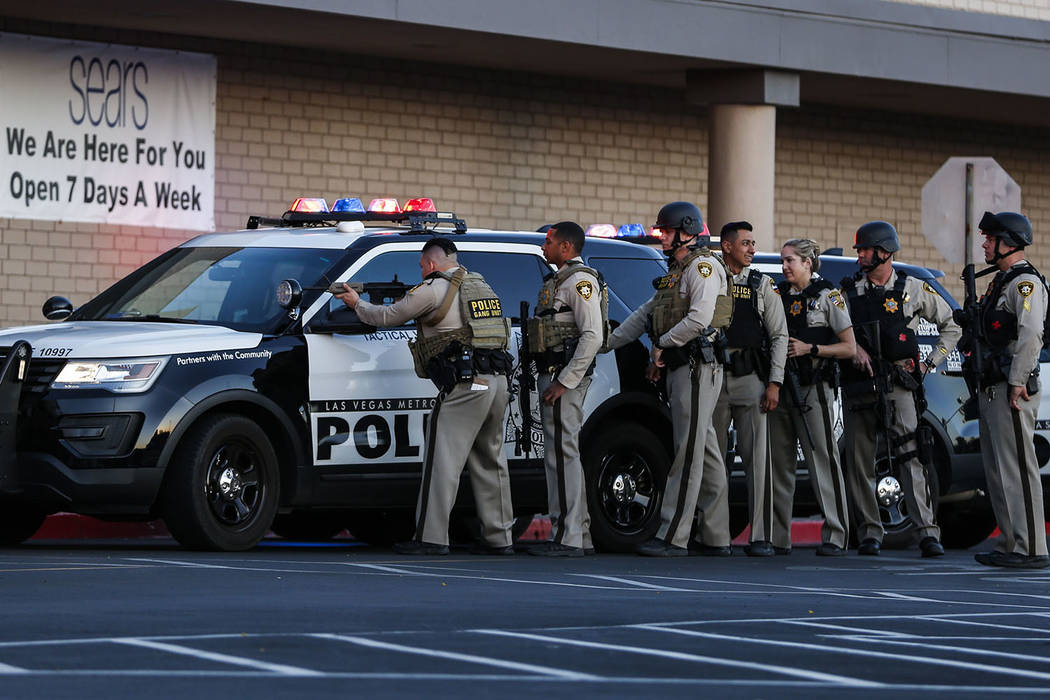 LAS VEGAS – After a Ninth Circuit Court of Appeals ruling Thursday, five Las Vegas police officers will have to face a federal civil rights lawsuit by a chiropractor who said police made up evidence by staging a fake crime scene and then arresting him in a sexual assault case.

After his three charges of sexual assault were dismissed, once defendant now plaintiff-appellant Marino Scafidi argued in federal civil rights claim that there were many procedural misconducts in the investigation of his case.

The district court earlier granted the defendants summary judgement, but the Ninth Circuit Court of Appeals reversed the opinion last week on review of the suit, noting that the lower court was wrong when it ruled that Scafidi couldn’t sue because a Nevada justice of the peace decided there was probable cause to arrest Scafidi.

During Scafidi’s criminal proceedings, state courts suppressed evidence seized pursuant to a search warrant and determined that the police failed to preserve potentially exculpatory evidence. The charges were dismissed.

Scafidi then brought a federal civil rights claim against the Las Vegas Metro Police Department, five officers, a crime scene investigator and the nurse who performed a sexual assault exam on the alleged victim. The district court granted the defendants summary judgement, finding that Scafidi cannot relitigate the case.

Scafidi contended that the officers staged an incriminating crime scene photo by moving his sleeping medications from the hotel bathroom drawer into a mint container by his clothes in the bedroom. By

doing this, the officers manipulated the crime scene to make it look like Scafidi drugged the alleged victim.

Scafidi also argued that the police threatened him for asserting his constitutional rights and made racially derogatory remarks.

The Ninth Circuit Court of Appeals reversed the district court’s ruling. Circuit Judges William A. Fletcher and Ryan D. Nelson and District Judge Donald W. Molloy found that the district court was wrong to preclude the Scafidi from relitigating. The hearing was argued and submitted on Jan 22, 2020. The opinion was filed on July 23, 2020.

Because of Scafidi’s allegations that the defendants falsified evidence and partook in other misconducts in “bad faith,” Nevada Supreme Court and Ninth Circuit Court precedent states that it created a “triable issue of material fact concerning probable cause.

The appellate panel believes that the district court made its ruling pursuant to a previous ruling that the Ninth Circuit made, that a probable cause determination in a preliminary hearing has prevent a subsequent suit.

However, current Nevada state precedent rejects the view that a probable cause determination at a preliminary hearing precludes later relitigating. This was decided after the Ninth Circuit decision but before the district court issued its order.

In regards to Scafidi’s allegations of procedural misconduct, the panel relied on California law under the Jordan accords, which states that when the plaintiff in later proceedings alleges “fabricated evidence” or “wrongful conduct by state of local officials,” an earlier determination of probable cause in a California preliminary hearing does not preclude a plaintiff from contesting the issue of probable cause in a later proceeding. This is applied to Scafidi’s case.

According to the opinion, the district court refused to consider Scafidi’s contentions.

The panel notes in their conclusion that they are not ruling on the truth of Scafidi’s evidence. Rather, they only decided that the probable cause determination at the preliminary hearing does not bar the plaintiff from relitigating their claim.

While Scafidi’s federal claims are preserved, the panel, however, affirmed the district court’s ruling that Scafidi’s state-law claims against the LVMPD are barred because the Nevada discretionary-act immunity bars actions against state employees of political subdivisions that are “based upon the exercise or performance or the failure to exercise or perform a discretionary function or duty… whether or not the discretion involved abuse.”