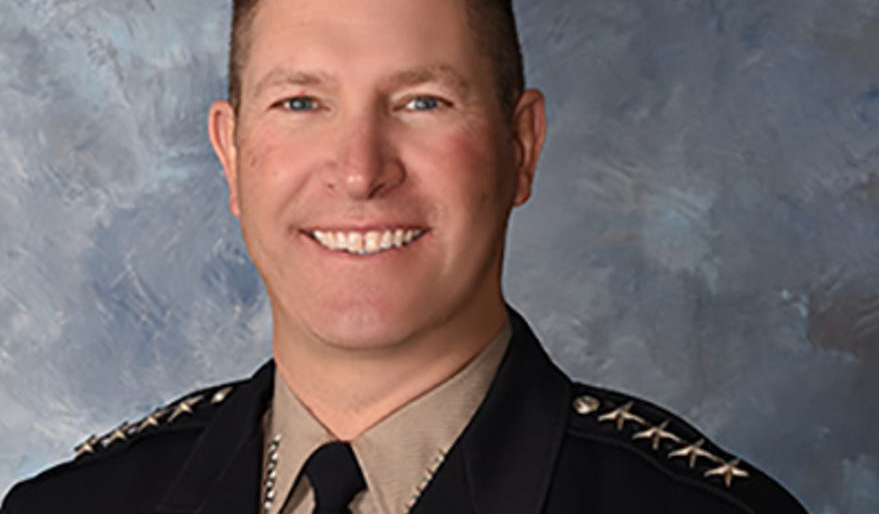 DOUGLAS COUNTY, NV – Sheriff Daniel J. Coverley this week told the Douglas County Public Library Board of Trustees that because of their support of Black Lives Matter and the obvious lack of support or trust with the Douglas County Sheriff’s Office, they should “not feel the need to call 911 for help.”

In the letter published by Coverley, he used the death of George Floyd to demonstrate that there is a “national spotlight on bad actors within the law enforcement profession.” He differentiates the Douglas County Police Department from these “bad actors” and openly denounced the Black Lives Matter movement.

“I wish you good luck with disturbances and lewd behavior, since those are just some of the recent calls my office has assisted you with in the past,” he added.

However, a county spokesperson walked back the sheriff’s comments later, promising the sheriff’s office would be responding to all 911 calls, including those from the library, which commented that its

diversity statement “simply was meant to state our inclusivity at the library, that we are open and welcoming to everyone and we treat everyone equally.”

Still, the sheriff claims that the “data simply does not support claims that law enforcement is systemically racist or structurally biased. Despite the lack of available evidence to support the anti-police narrative, it proliferates and has spawned radical reactions such as the current calls to ‘defund the police.’”

He warned that this “radical reaction” enhances and enables “violence against police.”

Sheriff Coverley continued, saying that “last year in the United States, a country with a population of 330 million people, 1,004 civilians were fatally shot by police officers…There were nine fatal shootings of unarmed black persons (down from thirty-eight in 2015) and nineteen fatal shooting[s] of unarmed white persons (down from thirty-two in 2015) those deaths represent 0.1% of all black homicide victims and 0.3% of all white homicide victims.”

Coverley added that “only 2% of people who had any contact with police anytime in the prior twelve months said that officers used or even threatened to use force against them, according to the 2015 Police-Public Contact Survey conducted by [the] United States Bureau of Justice Statistics.”

These statistics, critics might say, are from five years ago and, arguably, times have changed. This information fails to provide the type of demographic that this is only “2% of people who had any contact with police.”

The sheriff argues that when “myths about the police” are circulated in the public and “not strongly repudiated by our local, state and national leaders…law-enforcement officers lose their lives.” He maintained that ensuing national disdain against police officers increased “the number of officers shot and killed in the line of duty (by) 56% in that year alone.”

The sheriff charged that “[i]n recent weeks of national unrest [following George Floyd’s death], 750 officers have already been injured defending their communities from the violence that has swept our country. Two members of law enforcement have already lost their lives.”

Sheriff Coverley said “[t]he Douglas County Sheriff[‘]s Office is constantly evolving to ensure that training, resources and practices will best protect the safety of both the citizenry and the deputies. These men and women regularly receive advanced certificates and degrees, use new equipment and technology, and engage in regular training.”

He explained that he has tried to distance Douglas County Sheriff’s Office from the negative narrative that the police have been facing over the past couple of months.

The sheriff claimed that the Black Lives Matter movement “openly calls all law enforcement corrupt and racist on their website…(and) call for the defunding of police, and we have seen how a lack of active law enforcement has worked in Seattle, Washington and Portland, Oregon. Numerous Black Lives Matter protests have resulted in violence, property damage and the closing of local businesses, sometimes permanently. To support this movement is to support violence and to openly ask for it to happen in Douglas County.”

Sheriff Coverley wrapped up his letter with almost a concession of the current general state of the relationship between the public and law enforcement, noting that “[d]ue to your support of Black Lives Matter and the obvious lack of support or trust with the Douglas County Sheriff’s Office, please do not feel the need to call 911 for help.”