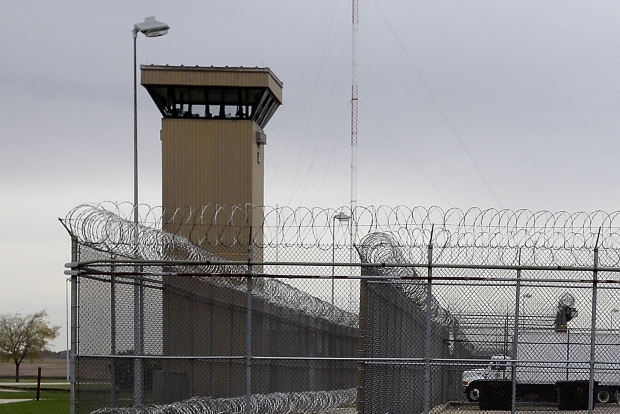 MADISON—Nine candidates running for two Wisconsin State Senate seats took part in a forum hosted on Zoom and broadcast on Facebook Tuesday night—many of the candidates criticized Governor Tony Evers’ failure to follow through on his campaign promises. The election is Aug. 11.

Wisconsin, although not the state with the highest crime rate, has seen a startling rise in the prison population in recent years. As Jerome Dillard, head of EXPO (EX-Incarcerated People Organizing), explained to the candidates, Evers’ first budget proposal would increase the prison population, which has barely changed since he took office in January of 2019.

Another activist, Karen Julesberg, who also asked a question of the candidates, noted that Wisconsin incarcerated black men at the highest rate of any state in the country.

Many of the candidates expressed similar concerns about the state of Wisconsin’s prisons.

Amani Latimer Burris, who is running for the 26th district seat, vowed to reform the criminal justice system which “destroys communities, internally and externally.”

Nada Elmikashfi, who worked under Evers before beginning her own campaign, described Wisconsin as “a state that would rather imprison than help.”

Along with the discussion of prisons came a discussion about racial disparity, unjust prosecutorial culture, and police-sponsored cycles of incarceration.

Some, like former gubernatorial candidate and current candidate for the 26th district, Kelda Roys, pointed to housing, public education, and employment services as necessary to break the injurious reality of recidivism.

“We are not just bad, we are the worst in the nation in terms of our criminal justice system,” she said. “The people that are supposed to be law enforcement are the ones who are lawless.”

Others, like Executive Director of the Wisconsin Environmental Initiative and candidate for the 26th, John Imes, called on the legislature to more stringently enforce police body camera requirements and prohibit racial profiling in police departments.

Brian Bedford, another candidate, pointed to the centuries of systemic racism which engenders a “pipeline to prison that shatters lives.”

Several of the candidates also voiced specific opposition to the continuing incarceration of defendants as Covid-19 ravages prisons across the country.

“It is a public health crisis to have people in the prisons,” Imes said.

As the conversation turned to solutions, each candidate laid out their proposals.

Elmikashfi promised she would call on the governor to pardon and the district attorney’s office to stop prosecutions of marijuana and drug-related crimes, which, according to her, are among the least humane ways that Wisconsin fills its prisons, noting, “The governor could be pardoning every day and still wouldn’t make a dent into how many lives have been taken by the incarceration system.”

She also identified the need for prosecutors to rethink their role in the criminal justice system, pointing to the national movement, spearheaded by prosecutors like Philadelphia District Attorney Larry Krasner, toward progressive prosecution.

“We need a partner who’s willing to reimagine what his role is…defunding the police is not just a slogan, it is a way forward, a way of operating,” she said.

Although many of the candidates echoed Elmikashfi’s criticism of police officers and prosecutors, William Davis III, another candidate for the 26th, distinguished himself by arguing against the movement to defund police departments, calling the movement a “disaster.”

Davis, whose platform would also fight against low level drug charges and advocate to reinstate the vote for ex-felons, believes that we need police officers to put away the “bad apples.” Instead of defunding police departments, healing the criminal justice system requires diverting people who commit crimes to the appropriate channels—the minors to juvenile detention, the mental health patients to rehabilitation, but the murderers still to prison.

In addition to prepared statements, the candidates also heard presentations and took questions from activists working on prison reform from various angles in Wisconsin. After each question, candidates held up green placards to their cameras to indicate if they agreed.

Activist James Morgan was first to present, describing the “draconian” practice of controlling formerly incarcerated people through probation, parole, and extended supervision in what he called, a system of “mass supervision.” This system that “puts profits over people” creates entire communities of supervised people, all of whom are, among other things, denied the right to vote and the right to due process, he said.

Ann Lacy, an activist working to close the Green Bay Correctional Institution, described the similarly harmful practice of “crimeless revocation,” a process by which someone is re-incarcerated not for committing a new crime, but for breaching the terms of release for a previous crime.

Several of the presentations focused on enfranchisement. Peggy West-Shroder, a representative from the Wisconsin based “Unlock the Vote” campaign, pointed out the hypocrisy of encouraging formerly incarcerated people to volunteer and become active community members, but denying them the right to vote for as long as they are under supervision.

“It’s taxation without representation…I work full time, I pay taxes, I own property, I register several vehicles each year in Wisconsin, yet I have no say in who will represent me or how my tax dollars are being spent,” she said.

According to West-Shroder, research shows that formerly incarcerated people who have their right to vote restored are less likely to be re-incarcerated, a principle that has already led 33 states to reinstate the right to vote on the day of release.

Presentations were also heard on sentencing reform, transitional job programs, treatment alternatives and diversions, compassionate release, youth detention, mental health, and solitary confinement, many of which pointed to the ways that policies which were created to aid society are much more detrimental than they are helpful in practice.

After each presentation, there was not a single candidate who didn’t raise a green card. One woman vented in the live chat, “I want to know the how, not the will they. Ask them how will they do these things they are answering yes to? If there is no actual plan it’s just an empty promises [sic].”

With the election just two weeks away, two of the candidates will soon have the opportunity to prove that their words are more than that.

Rachel Kincade, the forum’s organizer, is confident that this election will yield positive change in Wisconsin. “The best way to make real and lasting change is through legislation, the change we wish to see can be achieved by voting for the right candidate.”

The forum, organized by Madison Organizing or Strength, Equity, and Solidarity for Criminal Justice Reform (MOSES) and EX-Incarcerated People Organizing (EXPO), centered around the State’s carceral system, a system that many consider to be among the worst in the nation.