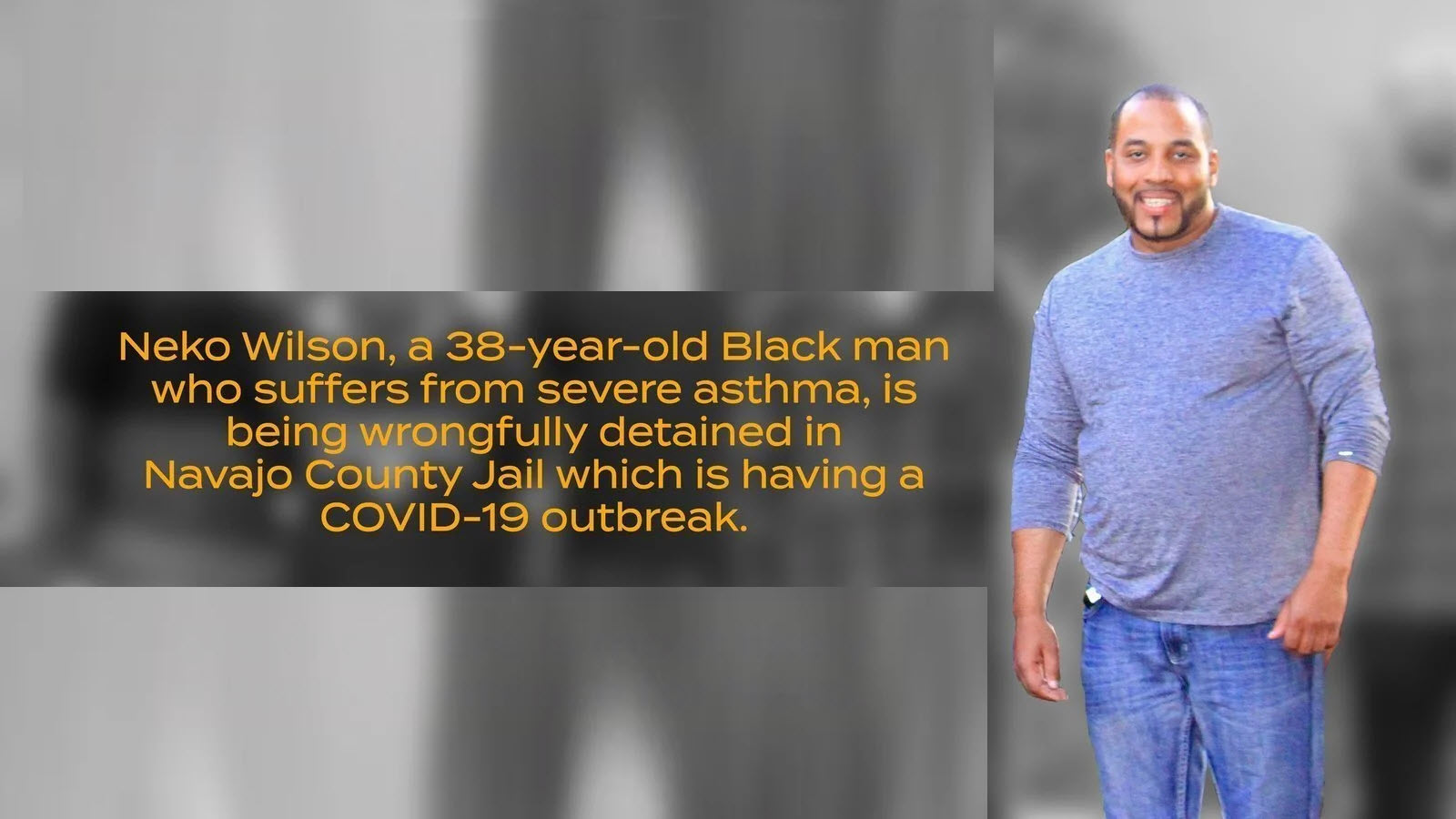 ARIZONA – The brother of San Francisco Public Defender Jacque Wilson could well soon be released from jail – after more than 11 years of incarceration of being held without bail following a probation violation and felony murder charges that were overturned in California under SB 1437, thanks to a ruling by the Arizona Court of Appeals decision this week.

In the special action relief motion of Neko Wilson vs. Judge Robert Higgins and the State of Arizona, the Arizona Court of Appeals accepted jurisdiction over the case, granted relief, and remanded Wilson to a lower court for a hearing to see if he will be released.

Since 2009, Wilson had been held without bail pursuant to Rule 7.2(c)(1)(a), Arizona Superior Court law that finds that if a defendant is convicted of an offense that will likely lead to imprisonment, they may not be released on bail unless the court finds reasonable ground that the conviction may be set aside.

At the time, Wilson had violated his probation, four years from a 2006 case where he had been convicted of a Class 3 felony of transportation of marijuana. He had done so by leaving supervision and going to California, where he was arrested and charged with felony murder.

The felony murder charges were dropped, but he still pleaded guilty to two counts of armed robbery, and served his time. When he came back to the Arizona Superior Court in 2019, even after going to jail and serving time, they filed a motion against him, revoking his probation and held him without bail.

At this time, Wilson’s special action to throw out the probation violation case, allowing the time served to be concurrent to his previous time served in California, is sitting before the Arizona Supreme Court.

The current situation means that Wilson cannot wait that long. Due to his chronic asthma, being held in prison, crowded spaces where diseases can easily spread, during the COVID-19 pandemic could be deadly.

And that’s where his case is now – the Arizona Court of Appeals decision to finally allow Wilson release from jail.

They ruled that since Wilson’s request for review of release conditions does not interfere with his petition to deny his motion for violation of probation, the superior court did have the jurisdiction to hear the case.

On Special Action Jurisdiction, the Arizona Court of Appeals found that since Wilson has no adequate remedy to appeal his detention without bail, under Ariz. R.P. Spec. Act. 1(a) special action review is proper. Further, the court found that their ability to grant special action is discretionary — with the current situation falling under the precedent set in State ex rel. Romley v. Martin that special action is “appropriate in matters of statewide importance, issues of first impression, cases involving purely legal questions, or issues that are likely to arise again.”

The Court of Appeals looked at his original ruling of release without bail, and found that the ability of the superior court to hold a probationer without bail for violating his probation is a purely legal question, a “matter of first impression under Rule 27.7(c),” allowing the court to have special action jurisdiction.

Then, in the Discussion section, the Court of Appeals analyzed Wilson’s original sentence of being held without bail. They found that under Rule 27.7, amended in Jan. 2018, when a probationer has violated probation the court must advise the probationer of right to counsel, inform the probationer that any statement made can be used against them, set the arraignment date, and make a release determination.

Until Jan. 2018, 27.7 stated that the release determination had to be made under Rule 7.2(c), however the Court of Appeals found that under the Jan. 2018 amendment of the law, which took out the part about Rule 7.2(c), the intentional removal of the phrase “[made it] clear that the omitted phrase no longer has any effect.”

They supplemented this by looking at the distinctions between those that Rule 7.2 applies to, convicted defendants that are awaiting sentencing to detention, versus those that 27.7 applies to, probationers facing a petition to revoke — a charge of violating probation but no conviction of a violation.

Ultimately, the Court of Appeals concluded that the superior court failed to make an appropriate release determination when using Rule 7.2(c), accepted jurisdiction of the case, granted relief, and remanded for further proceedings.