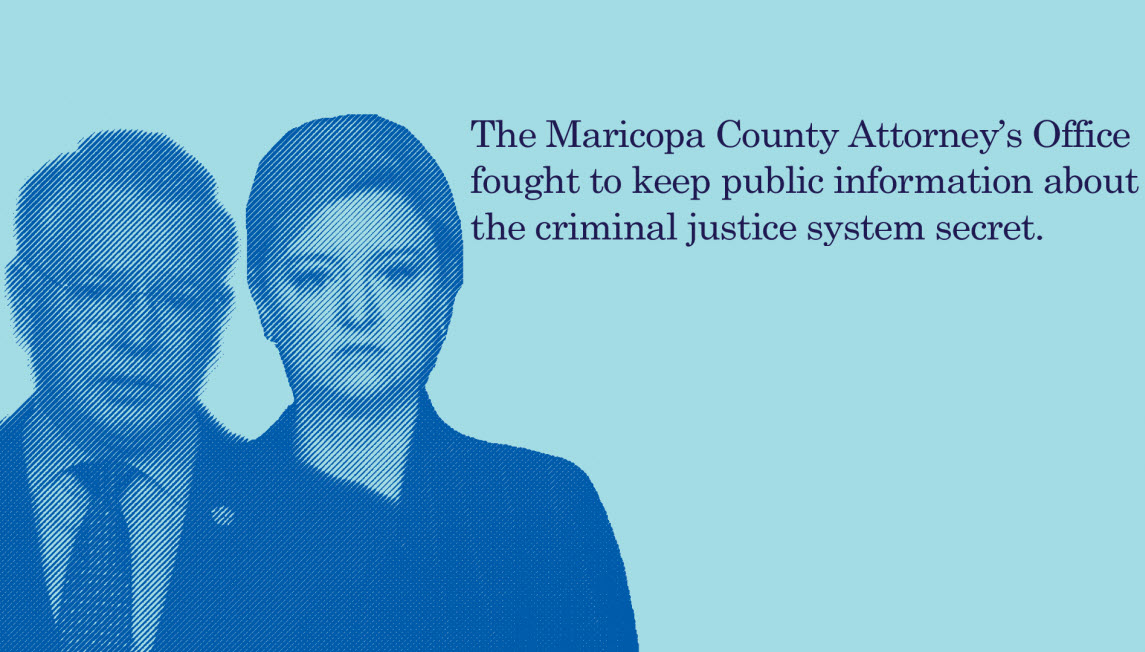 MARICOPA COUNTY, AZ — In 2018, Maricopa County Attorney’s Office (MCAO) was given a simple request by the ACLU—to be transparent with the public about how it operates.

Now, two years later, the office is not only being forced to release all of the public records originally requested by the ACLU, but must also pay the ACLU $24,000 in legal fees.

Sean Holstege, a freelance journalist who works with the ACLU of Arizona, filed a Public Records Request in October 2018 that sought basic information about MCAO’s general office policies, including who is prosecuted, what crimes are charged, and how long people are sent to prison.

When MCAO ignored the request for almost a year, the ACLU decided to act. In May 2019, the ACLU sued the MCAO for failing to comply with a public records request for information, including

demographic data, on its prosecutions from 2013 to the present. The court win resulted in the release of all the requested information.

At the beginning of her term, Maricopa County Attorney Allister Adel had promised increased transparency from the MCAO and stated, “If we are doing our job right, we have nothing to hide.”

Yet the ACLU’s lawsuit uncovered many troubling practices that were hidden by the MCAO’s initial refusal.

The report’s had five central findings:

Along with concerning information regarding the treatment of Black and Hispanic people, the obtained records also revealed insensitive remarks towards individuals with mental health conditions. For example, MCAO training material contained a presentation titled “Mental Health: Look at me, I’m Crazy!” Another presentation on rule 11 read “Exactly how crazy do I need to act to get out of here?”

Since the lawsuit, Adel has made attempts to improve the office’s transparency, such as creating a “data dashboard” and posting office policies online. Still, the ACLU asserts that these recent improvements are not superficial and present “only the information and data Adel wants the public to see.”

For example, the ACLU noted that Adel’s information dashboard consolidates all drug crimes into a single category, which hides that MCAO prosecutes simple drug possession more than any other crime.

With the elections coming in November, ACLU is especially concerned that MCAO’s information cover-ups may affect voters’ abilities to make an informed decision about who to elect as the next County Attorney.

Maricopa County residents are set to elect their next County Attorney in November.

Share:
Tags:ACLUMaricopoa CourtyMass IncarcerationRacial Discrimination
Previous : Man Off to Jail for 1 Year for Carjacking – It Could Have Been Much Worse
Next : Yes on Measure B Campaign Kickoff this Wednesday Featuring Assemblymember Cecilia Aguiar-Curry & Mayor Gloria Partida