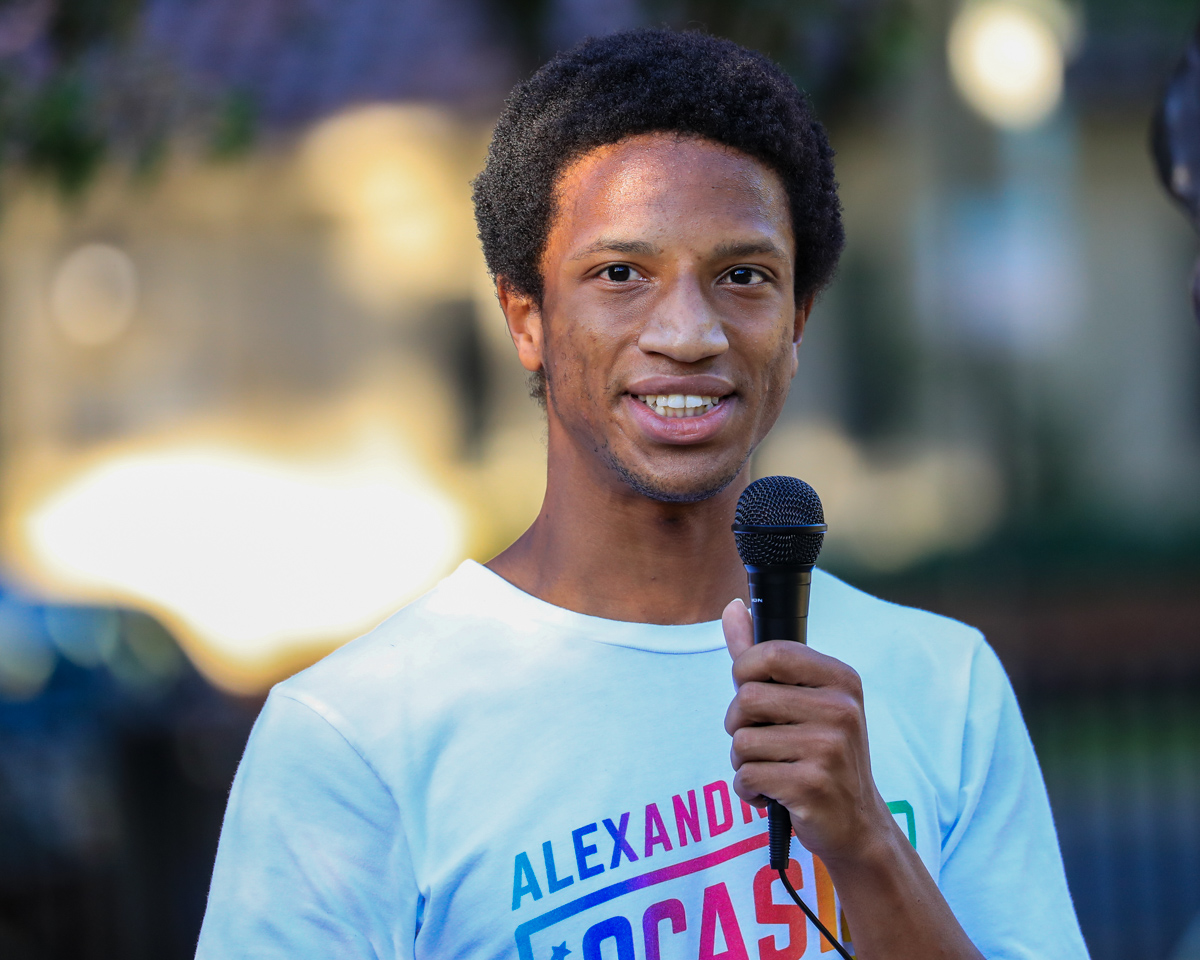 He was the first announced candidate, even before the decision was made to go to district elections, and he finds himself matched up against incumbent Will Arnold and challenger Colin Walsh.

“We need more leaders who are living closer to the everyday crises that people are going through,” Horton told the Vanguard in his Zoom interview which took place last week.

The early focus of Dillan Horton’s campaign was on the housing crisis.

He sees his experience with housing as filling a void, stating, “I think the lack of presence of renters or people who have experienced a serious housing crisis over the past few years is partially a reason why we haven’t seen more persistent leadership on this issue from the city council.”

Horton noted a “community dynamic” about how the city grows and changes, which he believes has made “some of the discussions about economic development complicated and not very fruitful at times.”  He said, “That’s made it difficult for people trying to start a career in Davis.”

He believes that the lack of those people having those kinds of concerns on the council has led to the lack of discussion.

He also wants to make Davis “more inclusive and accessible to everyone.”  He believes issues that have been brought forward in the defund the police movement and shifting resources to social

services also speak to the need for a full time ADA Coordinator.

He spoke of “how dramatically lacking we are in some of those services.”

Horton transferred to UC Davis from El Camino College and got involved in student government with ASUCD, where he served as director of university affairs and was involved with the creation of the Office of Advocacy and Student Representation.

For a recent graduate, he has a long record of service.  He served in the district office of Congressman Garamendi in 2018.  He has served on the Davis Police Accountability Commission, where he is currently the chair.

He has called that experience “eye opening.”  He noted “how difficult it is many times with other colleagues on a board but also in collaboration with the public and in particular city staff.”  He described “rough treatment” from city staff, at first chalking it up to being a new commission and a potentially controversial one.

But talking to people serving on other commissions, he “saw a whole lot of similarity between our engagement with city government and their own.”

He said, “It highlighted some good governance functions that wouldn’t have been a priority for me had I not on a City of Davis Commission prior to the election.”

Right now one of his big priorities is working on the three-commission process involving police, Human Relations Commission, and Social Services on “coming up to the recommendations to the council” on the issue of defunding the police and what that might look like.

“Seeing that through the end is one of my big priorities,” he said.  “I’m really concerned about the ability to land this plane.

“I think we need to pay more attention to what’s going on in our disabilities community,” he said.  “We have a larger than average disabled population.”  He noted the large community senior population “with aged-in disabilities.”

He sees this bleeding into our housing crisis issues.

Dillan Horton is also concerned with the lack of focus on economic development.

“You see communities like West Sacramento, Woodland and Winters lapping us consistently on economic development,” he said.  “Where do you go if you want fine dining in Yolo County?  Not Davis—you go to Winters.”

Horton said that in April 2019, he had a round table discussion to get a handle on all of the issues he might come across on the campaign trail.  One of the people who came to his small business roundtable owns Super Owl Brewing in West Davis.

“He was just walking us through the process of where they were going to locate that business,” he said.  “He compared the process (of other cities) with Davis.”  He noted that West Sacramento had dedicated staff and had an interest in starting and maintaining small business there—that just wasn’t present here.

On the housing crisis, “We obviously need to produce more, it’s part of … all of this is a general supply problem.  We need to get more housing on the table in general.”  He called for strengthening the rental resources program.

He said, “Some of these are difficult because we take a step forward and they want us to applaud that—and I fully do.  But then we don’t fully realize these things.”  Rental resources, he said, “is a good step forward,” as Davis was one of the last university town to have one, but believes “we haven’t fully resourced it—which is frustrating.”

Despite all of the focus in the last few months on issues of people of color, Dillan Horton at least on the council candidate side turns out to be the only one of the nine total candidates to be a person of color.

He referenced his AOC poster on the wall behind him and noted that she said in 2018, “People like me are not supposed to do this.”  He said, “There are so many barriers to getting this done successfully.”  He sees lots of barriers to young people of color, Queer people, women, who are trying to run for public office.

“It’s very incredibly difficult, somewhat by design,” he said.  But he did note that, broadening the lens, there are so many people of color and women of color in Yolo County running for office this year.  “That says something about a whole lot of these things.

“People are more confident in their own ability to take the reins of leadership and advocate for themselves in their community,” he said.

13 thoughts on “Dillan Horton Talks about His Candidacy”