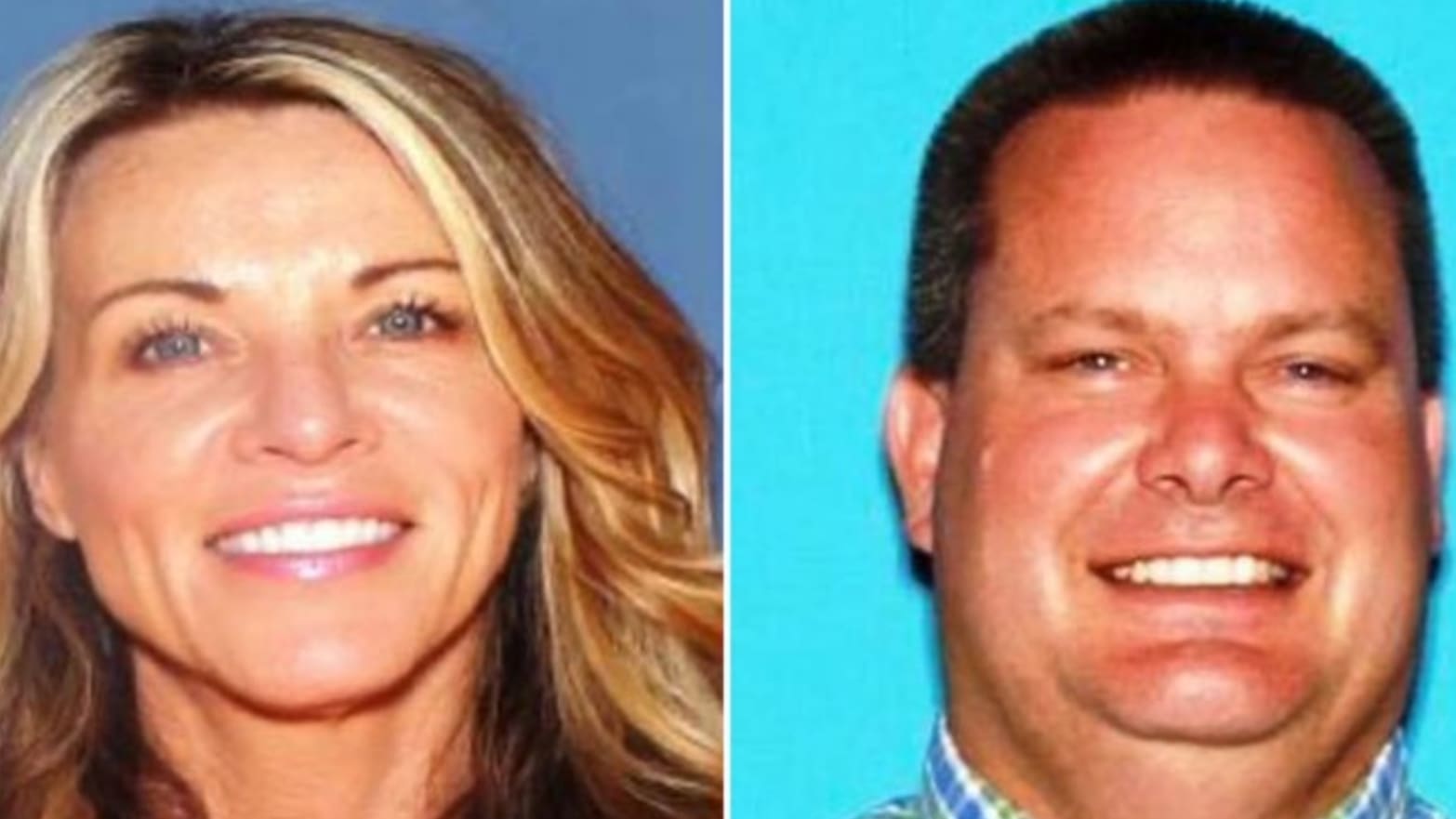 By Elizabeth Cho and Sahar Swaleh

BOISE, ID – Doomsday author Chad Daybell and Lori Vallow were arraigned for murder today after a preliminary hearing in connection with the deaths of two children, whom Vallow referred to as “zombies” before they disappeared.

In November of 2019, Joshua “JJ” Vallow, 7, and Tylee Ryan, 17, were reported missing by extended family members. Seven months later, both were found dead on Daybell’s property. Now, both Daybell and Lori Vallow are being charged in connection with the deaths of both children.

Daybell is the founder of Spring Creek Book Company, a publishing business created to spread his religious-affiliated and end-of-times fiction books. He was first married to Tammy Daybell, who died in October 2019. Her cause of death was initially ruled to be of natural causes but now has been ruled suspicious, due to an unnatural pink foam coming out of her mouth.

Chad refused to have an autopsy done, making it difficult to investigate her death now, although her body was later exhumed. Chad married Lori Vallow (the biological mother of Tylee and adoptive mother of JJ) only a few weeks after Tammy’s death.

During the second day of Daybell’s preliminary hearing, former friend to both Melanie Gibb stated that Daybell had taught Vallow many of his personal beliefs on the end of the world—the

assumption being that Vallow began to believe Daybell’s beliefs.

Gibb also stated that Vallow had “repeatedly referred to [JJ and Tylee] as zombies” before their deaths.

According to Gibb, a “zombie” is an “individual whose mortal spirit has left their body and their body is now the host of another spirit. The new spirit in a ‘zombie’ is always considered a ‘dark spirit.’ While the ‘dark spirit’ inhabits the host body, the person’s true spirit goes into ‘limbo’ and is stuck there until the host body is physically killed. As such, the death of the physical body is seen as the mechanism by which the body’s original spirit can be released from limbo.”

This definition is something that Daybell had told Vallow, which she seemingly believed.

After meeting Daybell, Vallow reportedly started acting differently, leading her former husband to file a restraining order against her. “[Lori] had at one point claimed she was ‘a god assigned to carry out the work of the 144,000 at Christ’s second coming in July 2020’ and didn’t want anything to do with her family ‘because she had a more important mission to carry out.’” This mission was never explicitly stated.

In January 2019, Charles Vallow attempted to forcibly place Lori Vallow into a mental institution. Charles reported to Arizona police officers that Lori was “scaring the crap out of [him]” due to her threats of killing their family and repeatedly claiming “that she had lived several past lives.”

But Lori claimed that it was Charles, not her, who was going crazy. She told the police that “she and the children had to leave the home several times over the years because Charles Vallow had become ‘ballistic.’”

In July of 2019, Alex Cox fatally shot Charles Vallow, and was cleared for self-defense reasons. That same day, Lori was reportedly seen throwing a pool party and appeared to be nonchalant about her former husband’s death. But the deaths in the family do not stop there.

In December of 2019, Alex reportedly died from a pulmonary embolism. His death has been determined to be of natural causes, but so was Tammy Daybell’s.

During Chad Daybell’s preliminary hearing, it was revealed how both of the children were found. “JJ was wrapped in plastic and a large amount of duct tape was used to bind his mouth, face, head, wrist, and arms. Tylee’s flesh and bones were found burned near a firepit on the property, along with a partially melted bucket.”

In Daybell’s second day of preliminary hearings, Melanie Gibb was the first to take the witness stand. Attorney John Prior, representing Daybell, asked Gibb about her relationship with law enforcement and with Vallow. Gibbs described Vallow as “persuasive, convincing, and has a dynamic personality.”

Gibb also admitted that when she was questioned by Gilbert Police Detective Pillar on JJ’s whereabouts near the end of November, she said that he was in her care. However, at the beginning of December, she contacted Pillar again and confessed that she lied about JJ. Prior then verified that Gibb was not given a deal by prosecutors for her testimony.

The second witness for the day was David Warwick, Gibb’s boyfriend, and Daybell and Vallow’s friend. During his testimony, he claimed to have seen JJ before the reports of the children’s disappearance. The night of September 22, 2019, Warwick, Gibb, and Vallow were recording a podcast in which Warwick discussed his spiritual visions. This took place at Vallow’s residence in Rexburg, Idaho.

Warwick claims that at some point at night Alex Cox, at the time alive, carried JJ into the house and set him to bed in Vallow’s room. When asked about the relationship with the children, Warwick claimed that there was not much of a relationship with JJ as he said very little. However, Cox was able to initiate with the autistic child more than the others have.

On the morning of September 23, Warwick claimed Vallow said that JJ was in a “zombie state.”

Both Warwick and Gibb did not see JJ after that night. This was the time shortly before prosecutors believe the children died.

Evidence of a disk containing a recorded voice call from Vallow to Daybell was played for the court, although it was not entirely clear. Lieutenant Jared Scott Willmore of the Madison County Sheriff’s Department took the stand and stated that he burned the voice recording himself.

In the audio, Vallow asks Daybell, “What can I do for you?” as Daybell explains that the house is currently being searched. A search warrant was served for Daybell’s property while Vallow was in custody. The phone call ends with the two saying, “I love you.”

The FBI had also been involved in the case and in searching the property. Special Agent Steve Daniels with the FBI from Salt Lake City, Utah, is currently a Senior Team Leader for the evidence response team. He has been a Senior Team Leader for eight years and has worked with the FBI for 23 years. He was the third and final witness for the second day of Daybell’s preliminary hearings.

When examining the Daybell property in June 2020, Daniels already had two points he wanted to check out: the fire pit and pet cemetery.

Once they were at the crime scene, the team had located a dog statue and what appeared to be a grave. Daniels determined a 10×10 foot area next to the dog statue he assumed would be the pet cemetery.

As vegetation was removed, the work to create the grave was noted. There were roots from the surrounding trees that were cut to continue digging deeper. After a few layers, stones protruded through the ground and laid on top of thin boards, covering a black plastic garbage bag.

“I took a razor blade and made a cut to this garbage bag. Before cutting it I had to remove the dirt on the object, which was an oval shape, which to my experience felt like the shape of a skull,” Daniels said.

Once Daniels cut into the tight black bag, he discovered that there were multiple bag layers underneath it. After this was cut, he discovered human hair, which they determined was the site of human remains.

The second burial site was found when the backhoe processed more of the area and uncovered two potential vertebrae. Daniels made the executive decision for the team to search the rest of the area using hand tools once he “caught odor with possibly decomposing human remains.”

A pelvic piece was discovered and so were more remains, some appearing burnt and others with tissue still attached.

Both Daybell and Vallow have maintained their innocence.