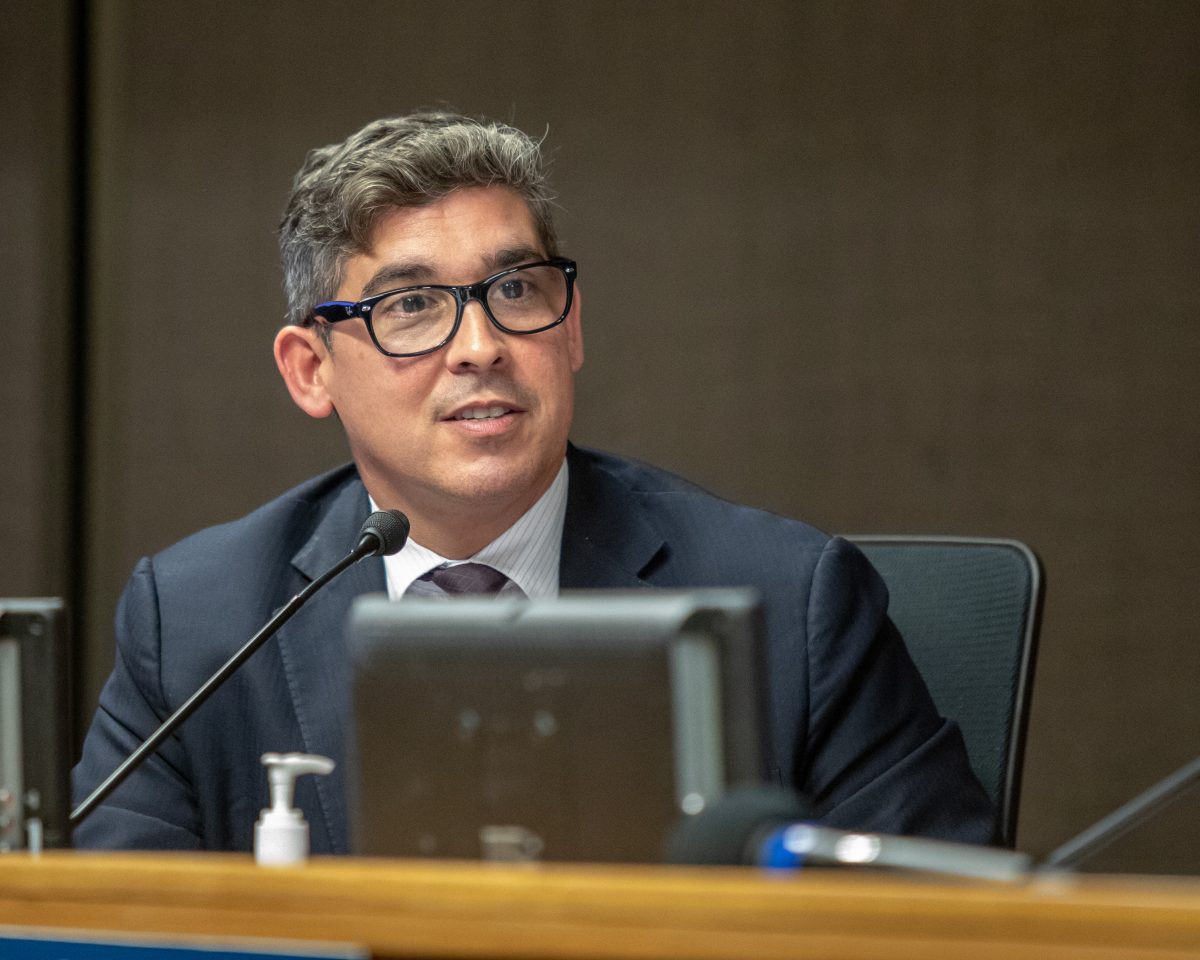 In 2014, three board members who had served nine years each decided not to seek re-election.  At the same time, Nancy Peterson, embroiled in scandal, resigned.  That meant by the end of 2014, there were four new board members.  By this December, only Tom Adams will remain from that crew.

Alan Fernandes, the longest serving board member, announced he would not seek a third partial term.  He served out the last two and a half years of Peterson’s term in 2014—including being appointed in the spring, winning a two-year seat in November and, two years later, winning a four-year term in his own right.

He follows Cindy Pickett who resigned to take a position at DePaul in June and Bob Poppenga who previously announced he would not seek a second term out the door.  That means only Tom Adams (2014) and Joe DiNunzio (2018) remain on the board past December.

Fernandes made his announcement during board comments on Thursday night at the school board meeting.

“I just wanted to take this opportunity to really thank over the years my current and former colleagues I’ve served with as trustees—I’ve served with 11 different school board trustees over my years,” he said.  “All of them have been exemplary and served the district well.  It’s been a pleasure to get to know everyone.”

He said, “It’s been a high honor on being elected to serve this community as a school board member.

“I’m proud of the work my colleagues and I have been able to accomplish,” he continued.  He said, “In some instances I’ve been fortunate enough to lead, whether it was equity and social and

Fernandes said the issue of “happiness” is “near and dear to my heart.”  He said, “It’s important to focus on happiness of our children because that’s what gets them to learn.”

He said that after reviewing his work that he has been apart of, and coming up on the deadline of the filing for the District 2 seat, “I’ve decided to not run for re-election and to move on to other priorities and causes that I’m excited in focusing on when my term expires.”

He said, “I will not be seeking reelection and will forever be grateful for the opportunity for having been a part of the work in this district.”

Perhaps the highlight of Alan Fernandes’ tenure, however, was the victory of Measure G this past March.  The parcel tax will help bring DJUSD’s compensation for teachers in line with other districts.  It was a tough battle and on election night appeared to be an uphill one, but the measure ended up passing with 68 percent of the vote.

As the result of Measure G’s passage, the teachers’ pay increase, Alan Fernandes said, puts the district at the level of compensation now for surrounding school districts.

Given the economic uncertainty that awaits DJUSD and other school districts, the passage of the parcel tax seems to have come at the right time.

“We believe that the voters… are supportive of our public school system,” Alan Fernandes said back in April as the results came in.  “In Davis they know the value that it brings back to them.

“The intent of this entire thing was to ensure that our teachers were paid at or above the averages,” he said.

“This is a community that is totally supportive and all about public education,” he added.  “Two-thirds is the highest standard that can be in place.  As long as you meet that two-thirds threshold, it’s hard to argue otherwise that this community isn’t always willing to answer the call when our public school system needs something.”

Alan Fernandes not seeking election means there will be even more focus on the District 2 seat.  Right now, Lea Darrah is only the announced candidate for that seat.

We spoke with Darrah earlier this week.

“We know right now in the COVID environment things are pretty uncertain, conditions are charging rapidly,” she said. “I’m also aware of the financial pressure that we’re going to face in the coming year and the next couple of years.”

She said, “I have experience working with budgets and budgeting.”

Darrah has lived in the district for over 20 years and has seen the highs and lows. She saw the last time with the Great Recession, what that did to the district in terms of cuts.

“I feel like I can offer that perspective,” she said.

The deadline for incumbents to refile was today, but that will now extend another week due to Alan Fernandes not filing for reelection.