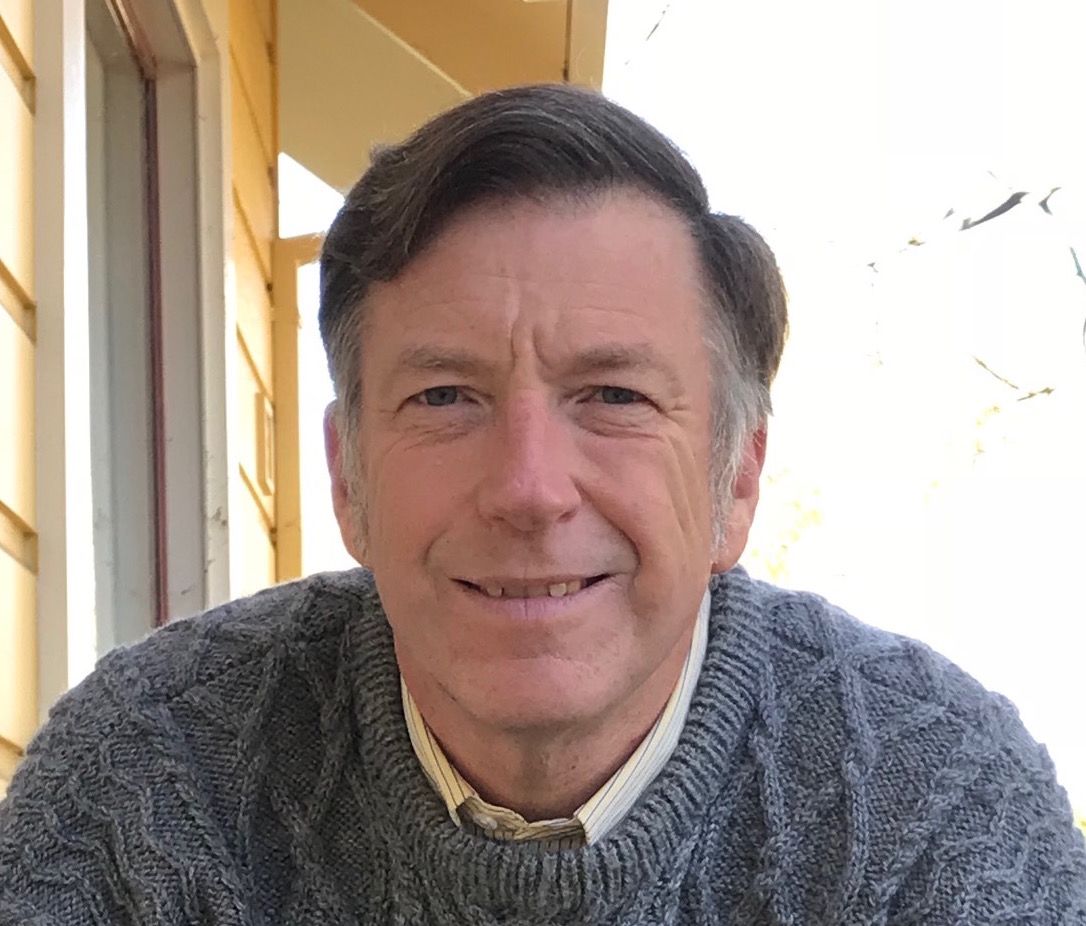 It was two years ago that Larry Guenther ran for the first time, finishing in the middle of the pack, fifth in a nine person race where the top two vote-getters were seated on the council. This time, it will be different.

Gone is the at-large election, and with it a one-on-one battle is setting up against two-term incumbent Lucas Frerichs.

For Larry Guenther this is about the issues he ran on in 2018 “that haven’t really been improved.”

Community engagement, transparency and accountability are issues that he is focused on. “Those are overarching and fundamental issues,” Guenther explained in a Zoom interview this past week with the Vanguard. “The way we’re computing fiscal impacts of developments, we’re still pushing the numbers to favor a yes vote—instead of just looking at it honestly.”

Part of that, he said, “is only doing projections out to 15 years.” He said, “We keep going business as usual even though we’re in a fiscal hole and getting deeper.”

He added, “We keep doing the same things even though people are screaming, what about community engagement?” He said, “Why do we have commissions? I know so many commissioners who are just frustrated, why am I working this hard when my input is not being engaged?”

When this happens, the biggest threat is disengagement.

“A lot of people are engaged, but a lot of commissions have vacant seats,” he said, noting the lag between vacancy and appointment and wondering if there shouldn’t be an interim appointment until

the council fills the spot.

He referenced the initiative brought out by Johannes Troost, Richard McCann, Mike Corbett, Lorenzo Kristov and others, “that comes out of frustration with commissioners who don’t feel that they’re engaged.”

Larry Guenther believes that going to district elections really changes the approach of a campaign—particularly in races where there are incumbents.

“You are running against people—that was not the case before,” he said. When he ran before and it was nine people running for two seats, it allowed candidates to define themselves knowing that the public had a choice of two people. “Now that’s off the table.”

He said the challenge is “I have to tell people why I’m better than the incumbent.” But if he goes super-negative, he not only goes against his own nature, but believes that would not go over well with the Davis community. That poses a dilemma for challengers.

Key point for him though is, “I disagree with a bunch of votes Lucas has cast.” But he quickly added, “I also agree with some of the votes he passed.”

Also impacting the race will be COVID-19.

“Before COVID, my campaign was going to be walk, walk, walk,” he said, and figured with the smaller profile of the districts, he might be able to cover the entire district two or three times during the course of the campaign.

But now, “how are people going to react to people going door to door?” He said he is still planning to do so, with guidance from public health officials including his wife, but he will be cautious about how that is perceived.

Larry Guenther expounded on the difference between himself and the incumbent. One point he raised when projects go before council is “there seems to be this tendency to pick winners and losers instead of trying to change the project so that everyone’s a winner.”

Trackside was a perfect example of that in his view.

He noted his neighborhood posed an alternative but were told “it’s infeasible.” “If the biggest multi-use building in downtown isn’t feasible—what is?” he asked. “We got no traction at all with trying to work out something that was acceptable to the city.”

He sees the same problem with all development projects. DISC, he thinks, has a solid premise, but “it’s still a car-centered development. We can’t keep doing that. Environmentally that’s a disaster.

“Those are two that are really big,” he said.

He noted with George Floyd, Breonna Taylor and others, what we are seeing is “lack of transparency” and “lack of accountability” and yet the first recommendation from the PAC was to review the Picnic Day report “which the police chief apologized for,” and they “voted no.”

But when the police ask for an armored vehicle and surveillance equipment, “they said yes.

“That is the pattern that we’ve seen,” he said, noting that he did not think this was conscious on the part of the council.

He said the U-Mall “is a really brilliant model for how we should develop.” He said shopping centers are already on heavily used areas with transit. “So let’s densify those spots,” he said.

But he said “trashing neighborhoods when you do it—we don’t have to do that.” He believes that plan could easily be re-designed to accommodate the issues on those things.

This is also a unique campaign because it is going to happen fast. With all-mail ballots, an electorate that figures to have long since decided the top of the ticket, people could be voting by early October.

Zoom coffees, livestreaming on Facebook, he said, “those will allow people to chime in and have feedback without sitting down in someone’s living room—which is not viable because it’s not safe.”

Walking was looking better a month ago, he said. “But because of failure of leadership, these are the conditions that we shut down the first time. They may be actually worse.” He said, “People aren’t behaving as we want them to behave and a huge part of that, I think, is lack of leadership.”

22 thoughts on “Guenther Embarks on a Second Council Run”