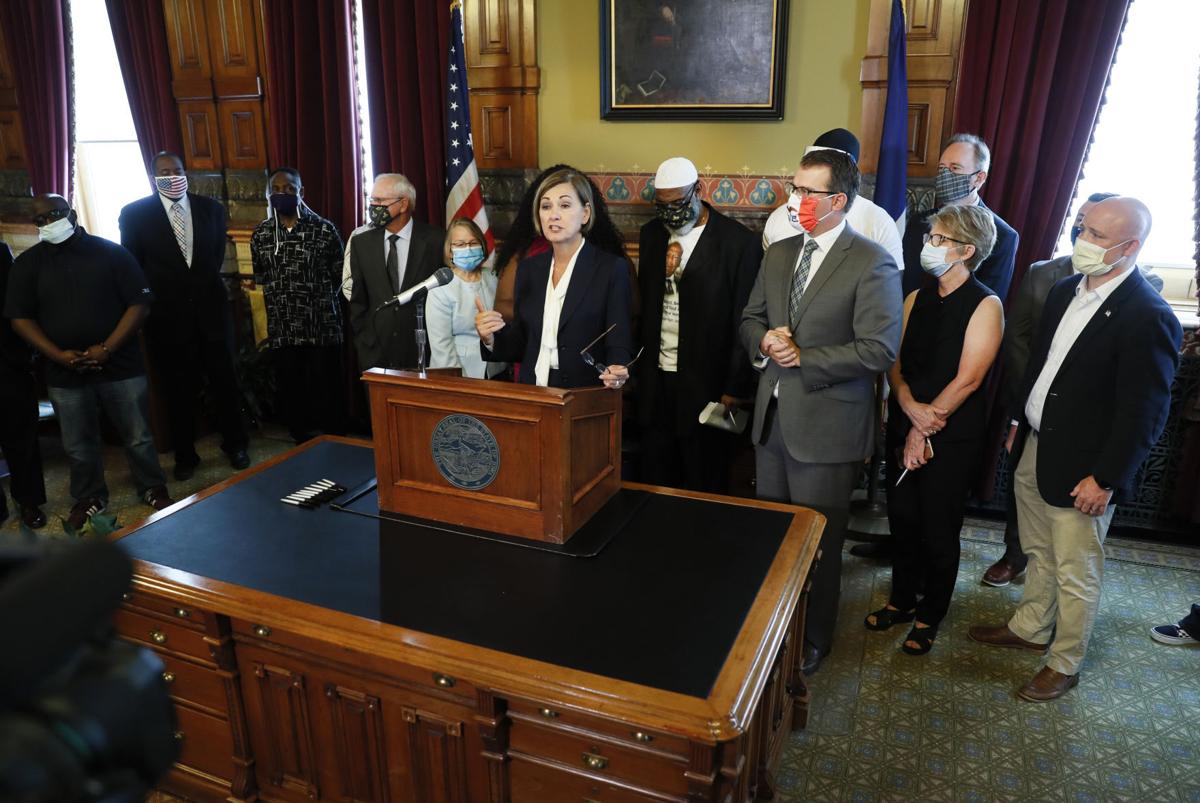 In 2019, after the “change in Kentucky’s felony disenfranchisement law,” the ACLU reported that Iowa was the “only state left in the country that permanently strip[ped] people with a felony conviction of their right to vote.”

The Sentencing Project charged, “Felony disenfranchisement policies have a disproportionate impact on communities of color. Black Americans of voting age are more than four times as likely to lose their voting rights than the rest of the adult population, with one of every 13 black adults disenfranchised nationally.

“In Iowa, African Americans comprise about 3 percent of the general population, yet are nearly 10 percent of disenfranchised residents. As of 2016, 2.2 million Black citizens were banned from voting nationally. Despite the United States’ long history of disenfranchising people with felony convictions, since 1997, 25 states have amended their felony disenfranchisement policies in an effort to reduce their restrictiveness and expand voter eligibility. Only two states, Maine and Vermont, do not restrict the voting rights of anyone with a felony conviction, including those in prison,” the project noted.

Reynolds signed the order banning the disenfranchisement. Executive Order 7 is a restoration of citizenship voting rights for some felons…anyone who has discharged their sentence is eligible, with some

The order restores the right to vote for Iowans who have already completed their felony sentences, said the governor, adding that the order requires Iowans to complete any prison, probation, parole, or special sentence. And individuals who were convicted of felony homicide offenses are excluded from the restoration and must continue to individually apply for restoration.

Some of the exceptions include sex offenders, who are not able to vote until their special sentence is completed. This is different than the sex offender registry. Those felons can also petition to get their rights back.

The governor noted, “Today we take a significant step forward in acknowledging the importance of redemption, second chances and the need to address inequalities in our justice system. The right to vote is the cornerstone of society and the free republic in which we live. When someone serves their sentence, they should have their right to vote restored automatically. We’re going to continue to advocate for a constitutional amendment and make this major milestone permanent. Getting things done involves coming to the table and I want to thank the broad and diverse coalition who has been working on this with me for years.”

The Sentencing Project’s Director of Advocacy, Nicole D. Porter, “issued the following statement regarding Reynolds’ announcement: Denying the right to vote to an entire class of citizens is deeply problematic to a democratic society and counterproductive to effective reentry.

“Fortunately, Iowa is among many states revisiting their archaic disenfranchisement policies, but there is still much to be done before Iowa and the nation resemble comparable societies in allowing the full democratic participation of all citizens.”