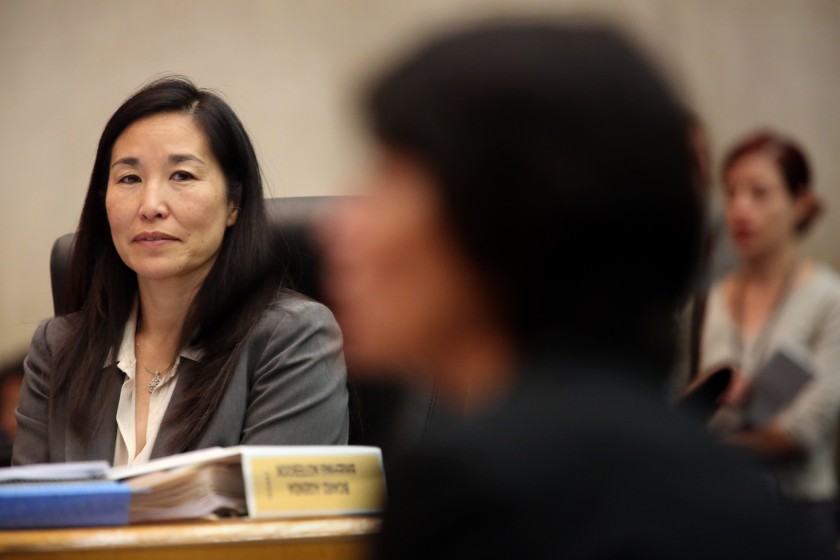 LOS ANGELES – After holding her position as CEO of L.A. County, managing the city’s $36 billion annual budget for nearly five years, Sachi Hamai, the first Asian American female to hold this position, will be retiring Monday after a court battle with the county sheriff.

Following months of harassment, Hamai will receive a $1.5 million settlement after winning her trial against Sheriff Alex Villanueva, who was caught in a blatant “lie”—according to JusticeLA Coalition—to the press, misleading public opinion by claiming Hamai “denied first responders their salaries while quarantined.”

In addition to her settlement, Hamai will also receive private security after threats have been made to her well-being.

JusticeLA Coalition (JLA) released a public statement today, condemning the L.A. County Sheriff, charging, “From coverups to abuse, to a continued and almost fanatical devotion to resisting calls for transparency, Villanueva is a shameful knock off of the crooks who came before him.”

The organization JLA wants to decarcerate LA and reinvest money into community-centered alternatives. They place a particular emphasis on marginalized groups, including people of color, those with

mental health issues and substance use needs, women, and members of the LGBTQ community.

Much like Hamai, JLA is in the middle of their own issues with Villanueva.

In the middle of a social media live stream video, Villanueva made particularly incendiary comments, including, “If you’re trying to hijack the ballot process to get something on there, and give it a very innocuous or innocent sounding name like ‘Reimagine LA County’…just think Mad Max. Think a dystopian world where there is no law enforcement.”

Goaded by such disparaging comments, JLA responded, arguing, “The Sheriff is upset that communities who are fed up with law enforcement agencies eating up the lion’s share of the County’s budget are organizing––and making significant gains.”

JLA goes so far as to censure not only Sheriff Villanueva, but the entire establishment that he represents, making use of invective language declaring, “Our communities will continued to be hammered by the violence, discrimination, mistreatment and systemic racism of an institution that has never been, nor set up to be, an effective tool for public safety.”

JLA cites examples of consistent misconduct, including “use of force complaints, sexual assault charges, and sever mistreatment of people with mental health concerns.”

In a public plea, JLA called for the people of L.A. County to vote “yes” on Measure J, which sets aside 10% of net county costs for alternatives to incarceration and community-based systems of care.