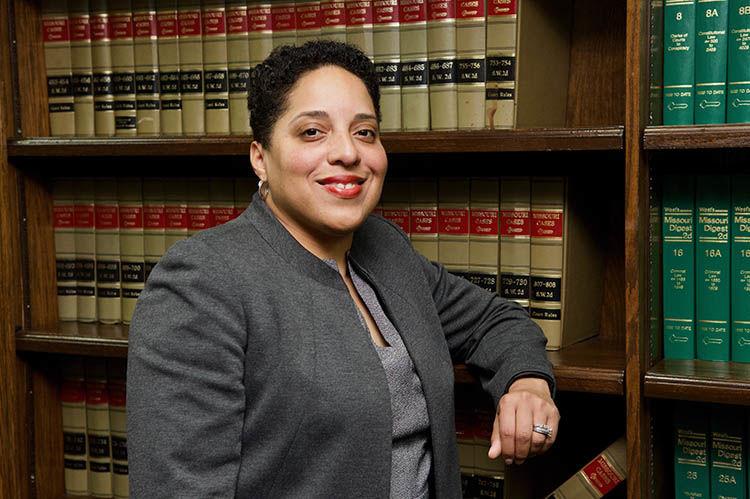 By Linh Nguyen and Kelsea Valerio

Gardner is the first Black female to be elected as Circuit Attorney in Missouri, serving her second term.

Following the amendment that could have her removed from her office, Gov. Parson and his constituents also aim to grant the State Attorney General’s office clearance to take over the growing backlog of homicide cases not yet prosecuted by Gardner, although the office lacks any sort of prosecutorial background.

Bell called this “an immoral attempt to usurp the will of the voters” because the State Attorney General’s office is not responsible to those who elected Gardner.

Former Circuit Attorney Jennifer Joyce asserts that prosecutors need enough evidence to prosecute murder in order to charge a suspect with a homicide case; however, it is difficult to do so because eyewitnesses are typically too frightened to come forward.

Gardner concurs, adding that a deeply rooted mistrust between the community and law enforcement is also a contributing factor in unprosecuted crimes.

Lambasting Parson’s plans, Gardner has issued a statement saying, “This allows the Gov. and his cronies to make a mockery of judicial checks and balances and demolishes any notion of a free and independent judicial system.”

Gardner suspects that this legislation is not actually about addressing crime. Rather, it is to interfere with the discretion of elected local prosecutors. She also believes that the bill does not do anything to address underlying issues that are driving violent crime.

“Solving crime will take all of us working together, not divisive political maneuvers such as this that are designed to usurp the will of the people,” she said.

Bell believes that in order to promote public safety, the Republican leadership should be focusing on gun control laws, directing funds toward improved housing and schools and better job training, rather than tax breaks for wealthy corporations. Bell further condemns Missouri Republicans and their inability to address COVID-19 as a global pandemic and source of grave concern.

“The reality is that certain legislative leaders care more about posturing than they do about the health and safety of the residents of Missouri and St. Louis,” Bell said.

Bell cites that this is the leadership that recently passed a bill that would allow 14-year-olds to be tried as adults for felony crimes in an overwhelming 27-3 vote by the Missouri senate. The other provisions in the crime package include increasing penalties for adults giving children weapons without their parents’ consent and increasing witness protection, among others.

Bell also cites “playing politics with health care”—the incumbent Republican party in Missouri has done this was years by refusing free money from the federal government to expand Medicaid. This goes against what the majority of Missouri voters wanted as seen in the 2020 primaries, where 53.3 percent of voters voted to expand Medicaid eligibility, he said.

Furthermore, Gov. Parsons also stated that he would pardon the McCloskeys if they were convicted. This gives reasonable suspicion that the proposed amendment has an underlying reason due to partisan and ideological differences between Gardner and the Republican party.

Bell calls on the Republicans in the legislature to remove these amendments and pass some “useful laws instead.”

“These politicians care about political games and right now they are using theater to attack a Black female politician and her constituents,” he continues. “We must call this what it is: an outrage.”