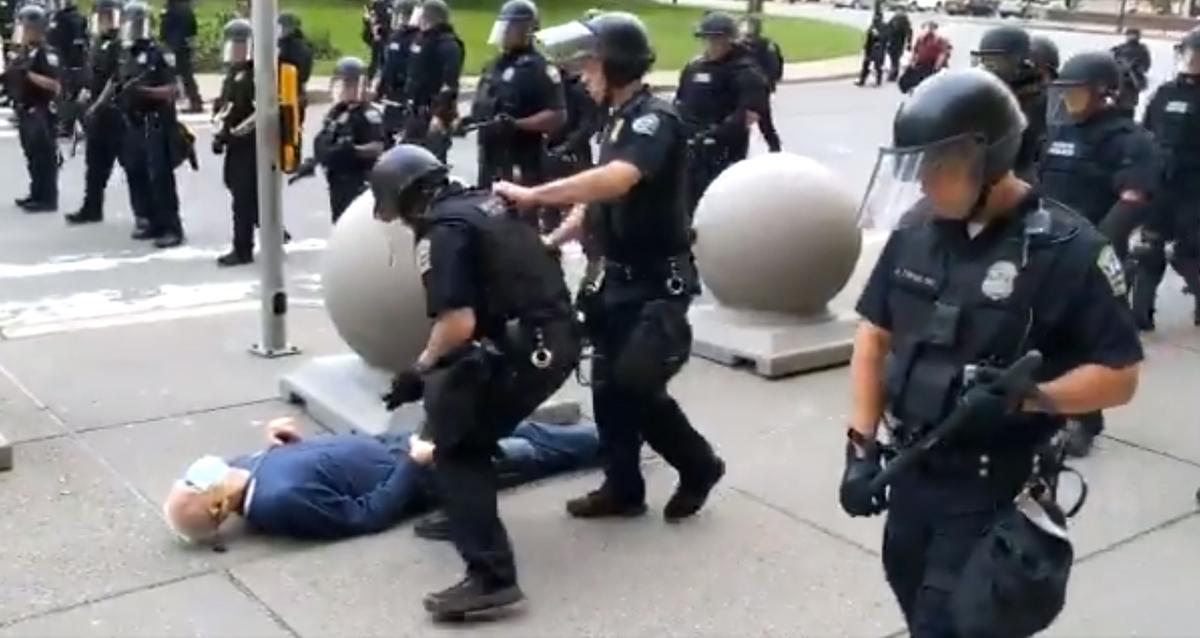 In 2015 when a string of incidents involving the police started occurring—Michael Brown, Eric Garner, Tamir Rice, Walter Scott and Freddie Gray—it led to a national movement pushing back against police-involved killings, particularly of young Black men.

The death of George Floyd this year along with other highly publicized police incidents—Breonna Taylor and Rashard Brooks—has brought back some of the unresolved issues from 2015.

Concerns about policing is not merely limited to police killings, but also other forms of misconduct.  Two weeks ago our column presented evidence of widespread dishonesty from police.

In a piece this morning, ProPublica found, “The NYPD has regularly failed to turn over key records and videos to police abuse investigators at New York’s Civilian Complaint Review Board.”

Their investigation found, “Despite its legal obligations, the NYPD has been withholding significant evidence and undermining investigations of alleged abuse. It has stopped sharing a wide variety of paper records and has been redacting the names of potential witnesses from others without explanation. For two months this year, it allowed officers to refuse to be interviewed by CCRB investigators. And, critically, it often doesn’t produce

The focus on police practices is no aberration.  And the incidents are starting to erode confidence in the public about the police—especially for Black individuals.

Last week, polling from Gallup shows another  illustration of the impact of the George Floyd incident—the protests that have taken place over public confidence in policing, according to a Gallup poll released.

What perhaps makes this more profound is that confidence in other major institutions has risen at the same time.

Medical system—Gallup found public confidence up 15 points over a year.  Public schools are under fire from some, but “Confidence in the public school system also rose this year — by 12 points — to 41%, its highest point since 2004.”

Policing, not so much.

This year confidence in police fell five points to 48 percent.  That makes it the first time in Gallup’s 27 years of asking the question that the number fell below 48 percent.  Last year it was 53 percent.

There are a number of interesting things about the Gallup Poll which we can track over time.  First, in June 2015—before Michael Brown and Eric Garner—the Gallup poll on confidence in police found that it had fallen to a 22-year low. at that time 52 percent.

But by 2017, the Gallup Poll found confidence was back to the historical average.

Now it has dipped even below 2015.  In fact this is the first time ever in the 27 years of polling on public attitudes of police that Gallup found a majority of American adults do not trust law enforcement.

There is a huge partisan split here.

Confidence in the police rose seven points among Republicans to 82 percent and dropped six points among Democrats to 28 percent.

There is also a racial split.

For whites the number is at 56 percent who trust the police.  For Blacks it is 19 percent.

Mohamed Younis, Gallup’s editor-in-chief. noted that the gap between Black and white Americans in confidence on police “has never been greater.

“One of the starkest metrics in this year’s poll is that 11 percent of Black Americans express confidence in the criminal justice system,” Younis said. “That means nine out of 10 Black Americans in this country do not have confidence in a process built on the theory that all citizens are equal before the law.”

Phillip Atiba Goff, co-founder and chief executive of the Center for Policing Equity and a professor of African-American studies and psychology at Yale, recently told the NY Times that the downward trend in confidence is not policing—“if you’ve been watching the news.”

The racial gap, Goff said, could be attributed to the “kind of law enforcement people from different racial groups tend to receive in this country,” and that “none of these things are mysteries. It is exactly for the reasons that you think it is.”

But what he finds newsworthy is that a majority of the public does not have confidence in law enforcement, something he called “unprecedented in this country.”  Those worried about rising violence in certain cities might want to look at this figure as a possible explanation because, as Goff said, compliance with the law “begins with trust in it, and not fear of it.”

The issue has received a lot of attention this year with pollsters and research centers.

Unions, which have been a focus in California this week—56 percent of those surveyed advocated for the elimination of police unions, while 47 percent believed that funding for police departments should be diverted to social programs and services.

The polling on defunding police has bounced all over the place, but abolishing police departments proved too extreme for participants, with 15 percent support for the idea.

A Pew Research Center poll in July found that huge majorities support the elimination of qualified immunity—66 percent of respondents said that civilians should have the power to sue individual police officers to hold them accountable for misconduct and/or excessive use of force.

42 thoughts on “Monday Morning Thoughts: Confidence in Police at a Record Low”