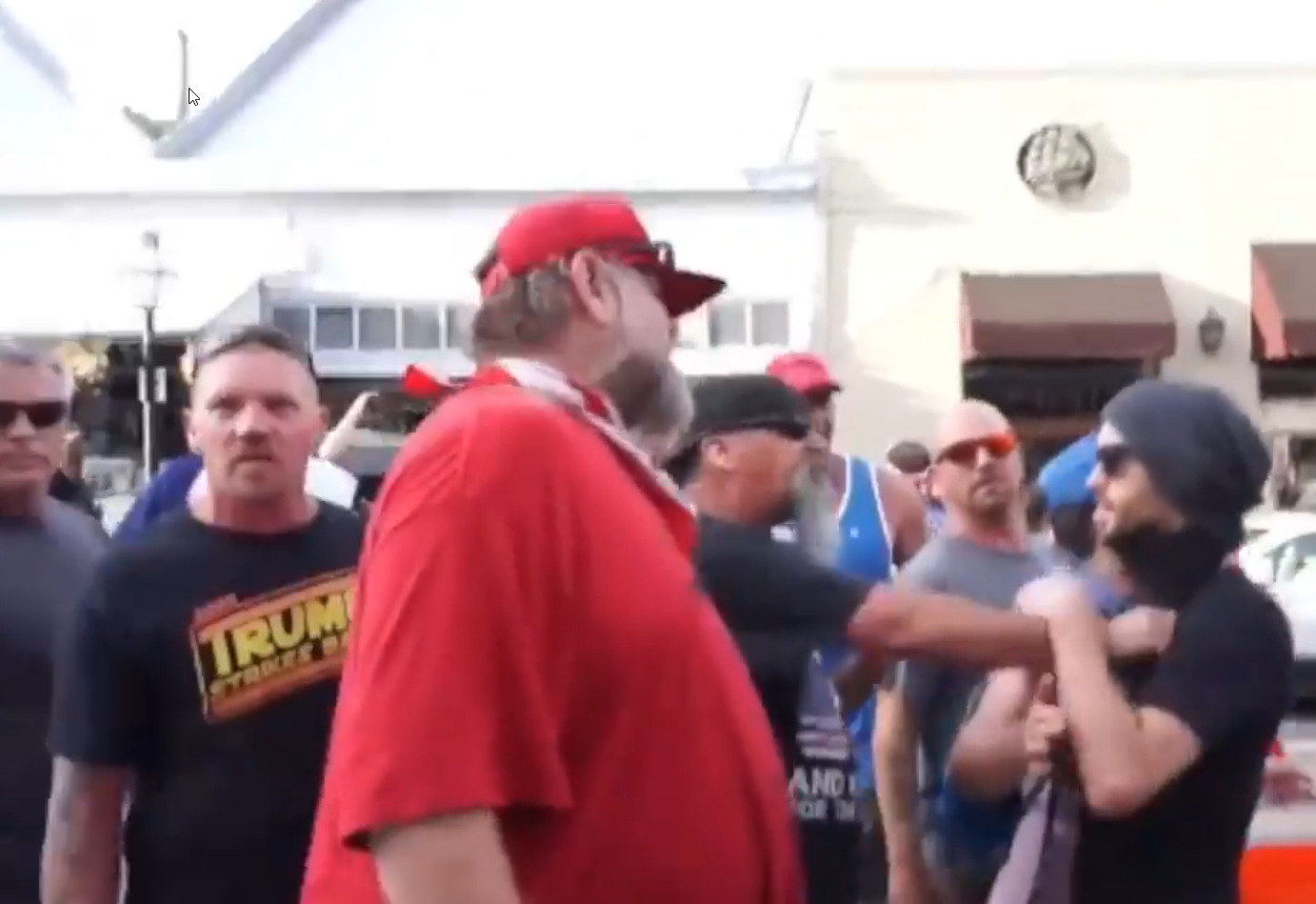 NEVADA CITY, CA — After a violent counter-protest broke out during a Black Lives Matter rally in Nevada City last weekend, Chief of Police Chad Ellis issued an official statement addressing the situation and condemning the actions of the counter-protesters.

“During yesterday evening’s peaceful Black Lives Matter protest participants were met by a group of counter-protesters who appeared to have no purpose other than to bring controversy and conflict to the streets of Nevada City,” said Chief Ellis in a press release issued on Aug. 10.

Black Lives Matter supporters had peacefully gathered on the evening of Sunday, August 9, when a hoard of counter-protesters arrived and began to disrupt the protest by banging on pots and jars, shaking tambourines, and shouting profanities.

A collection of social media videos posted by the Sacramento Bee show counter-protesters, many of whom were dressed in Trump apparel, aggressively shoving BLM protesters out of the way as they marched down the crowded street.

Shouts of “Get off of her!” and “Leave them alone!” from BLM participants can be heard throughout the video, but the encounter grew more and more violent as counter-protesters continued to push and

snatch signs away from the peaceful protesters.

“Get out of my town!” yelled one of the counter-protesters captured on video.

“The Black Lives Matter protesters consisted of local community members and not people ‘bussed in’ as rumors suggest,” Ellis clarified in the press release.

One of those community members happened to be a member of the Nevada City Council, who reported being one of those assaulted by the counter-protestors.

After reviewing video clips of the conflict submitted to him by the community and speaking with the City Council member, Chief Ellis wanted to make it clear that he did not condone the behavior displayed in the video.

“The aggressive behavior by the counter-protesters towards the Black Lives Matter protesters which [was] comprised of many women and children will absolutely not be tolerated,” Ellis said.

Ellis also addressed that many of the violent counter-protesters were carrying black and white American flags with a single blue line in the middle—a well-known symbol of the pro-police Blue Lives Matter movement.

“The counter-protesters waived the thin blue line flag as a show of support for the police, however the actions and behavior did nothing more than put the community in danger,” said Ellis, adding that the supposed “connection and unity” between the police and counter-protestors is a “falsehood.”

Three Nevada City police officers had been present at the protest when the violence broke out. They instructed people to contact the police and file reports later as they were “inundated with the situation at hand.”

Body camera footage from the three officers as well as community-submitted video footage is currently being reviewed by the Nevada City Police Department.

Chief Ellis encourages “anyone who was present at the protest and victimized by an assault, a theft, a vandalism or any other crime to come forward and provide our investigator with a statement so we [Nevada City Police Department] can seek criminal prosecution against those involved.”

“We are undoubtedly experiencing difficult and challenging times as a community and as a nation,” said Ellis, attempting to close the press release on a hopeful note. “My hope is that we can remain united and work together to combat the injustices we face as a society.”

Chief Ellis has launched an official investigation into the incident between the BLM protestors and aggressive counter-protestors. Special investigator Angela Ford has been assigned to the case.