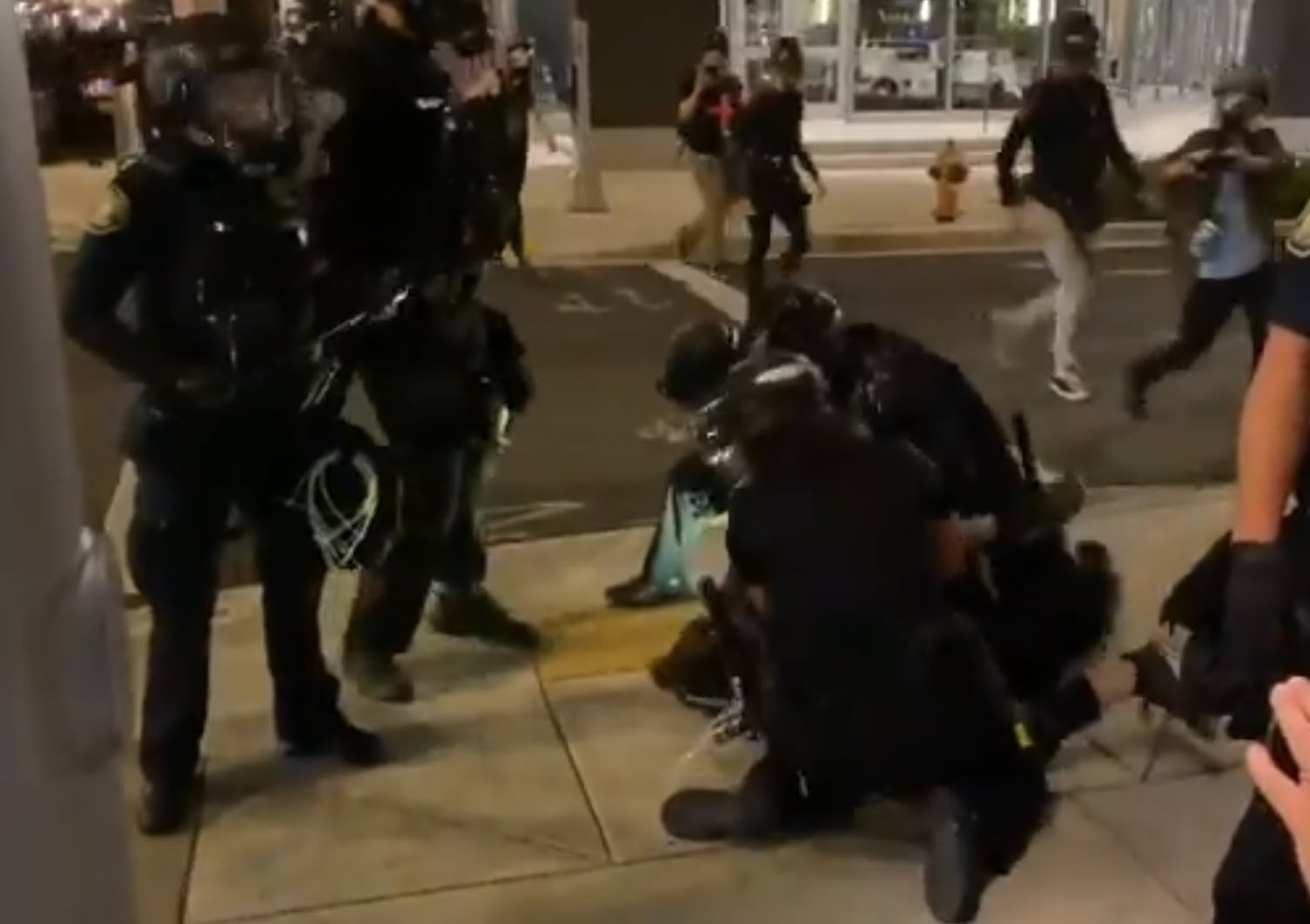 August 25 was the 90th consecutive day of protests in Portland. This group marched from Shemanski Park to Portland City Hall. Within 10 minutes of reaching city hall, the Portland Police Bureau declared a riot, despite no visible signs of criminal activity. A few minutes later they bull-rushed the protesters and made at least four arrests, using shields as they targeted those protesters.

Throughout the night I was accosted by police as I attempted to record more arrests. Police physically moved me twice. I was not interfering with their work, but they approached me while I was recording. They also refused to identify themselves by badge or name, or to point me to a commanding or ranking officer.