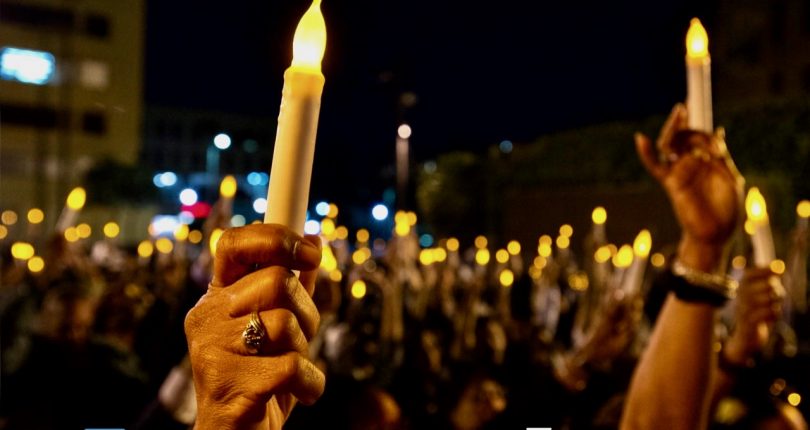 LOS ANGELES – Tensions have drastically risen in the U.S. since the killing of George Floyd—and policy makers have been pressured by the public for policy reformation to bridge the equality gap for the Black community and other minority communities.

Los Angeles County is working on making a historical breakthrough with the way it budgets the county’s finances.

The board supervisors have successfully won the vote to put the measure Reimagining L.A. County on ballets for voters this upcoming election in November.

Those that proposed this bill, political progressives Sheila Kuehl and Hilda Solis, criticized the current budget of LA County.

“This budget allocation (currently) does not reflect this Board’s values and priorities, nor does it position the County to robustly and adequately invest in community based counseling and mental health services, youth development programs, small businesses and jobs, or affordable housing. A redistribution of resources is needed,” explaining why the measure is needed.

As of now, the county budget is set to allocate 42 percent of its funds for law enforcement and the legal system for the 2020-2021 season.

But, Reimagining LA County’s goal is to reallocate some of these funds to create sustainable communities and to eliminate systemic racism.

Within this motion, facts presented on housing and incarceration are surreal. Explaining the gap in housing affordability, this motion mentions, “Black people comprise 8 percent of the county population, but they are 34 percent of the people experiencing homelessness…White households in the Los Angeles metro area have a median net worth of $355,000. In comparison, households with Mexican heritage and Black households have median net worths of $3,500 and $4,000.”

“The budget for juvenile halls and camps was over $397 million in FY 2019-20. With the average daily population of about 900 youth, the Probation Department spends almost $450,000 per year for each person, the equivalent of about $1,200 per young person for just one day in a camp or hall… The County’s daily pretrial population, people who have not been convicted of any crime, but are too poor to post bail, costs us nearly $500,000,000 per year.”

LA County has a $34.9 billion-dollar budget. If this bill is passed, it will distribute funds that will directly invest in low-income communities and will provide alternatives to incarceration.

In the Los Angeles Times, Supervisor co-chairwoman Eunisses Hernandez publicly emphasized, “For far too long our locally generated tax dollars have been given to reinforce the legal injustice system that has failed to make our communities safer, torn apart our families and caused generational trauma.”

If this measure passes, housing, employment, health care and law enforcement diversion will be supported with at least 10 percent of the locally generated revenue. This will slowly transform the way incarceration operates in addition to providing resources for under privileged communities.

In closing, the motion argues,

“We have a unique opportunity to change our collective course by building healthy, sustainable communities and addressing longstanding racial inequities. We believe LA County voters will embrace and ratify this structural change, which will require a persistence and commitment that extends beyond any one elected leader’s term or budget year. The challenges we seek to solve have built up over decades, and will be solved over decades.”