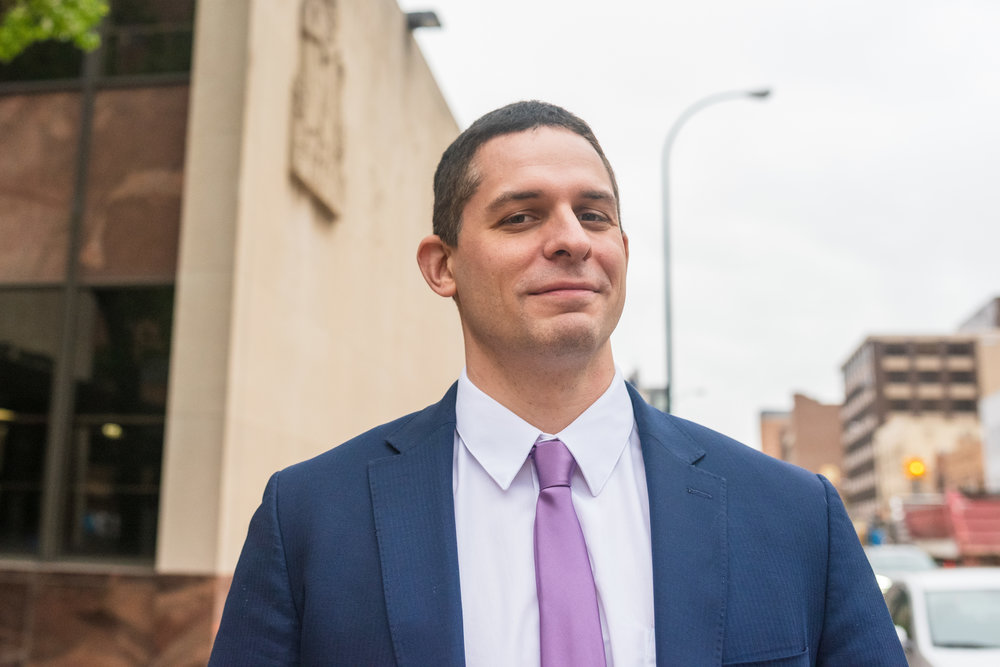 In 2018 for the first time there was a real emphasis to challenge incumbent DAs with progressive reformers—the result for the most part was not a lot of success.  Justice reform organizations put a lot of money into races like Noah Phillips in Sacramento and Genevieve Jones-Wright in San Diego among others, but had little to show for it.

In 2019, things started to break through—Tiffany Caban nearly beat the establishment candidate in Queens and, late in 2019, Chesa Boudin broke through in San Francisco, in a narrow, hard-fought victory over Suzy Loftus.

But in 2020, it has been a tidal wave.  Mike Schmidt in Portland, Oregon, Mimi Rocah in Westchester County in New York, and Jose Garza in Austin, Texas, all broke through with overwhelming victories—two of them over sitting incumbents and all them with at least 68 percent of the vote.

On Tuesday, the results weren’t that overwhelming, but Kim Gardner, under fire in St. Louis, held onto her seat with over 60 percent of the vote, and Eli Savit, in Washtenaw County, Michigan, home of Ann Arbor, won a solid victory by about nine points over a more traditional challenger in a three-way race.

All five of the candidates will win in November.  Some because they live in heavily Democratic counties.  Savit because he has no Republican challenger in November.

“I think we’re just at a crossroads right now in terms of how we’re looking at our criminal justice system,” Savit told the Vanguard on Wednesday, reflecting on his victory.

He announced his intention to run 14 months ago, and there had not been an open prosecutor’s race in Washtenaw County in 28 years.

He said over the course of the campaign, the issues of cash bail and racial inequities in the criminal justice system arose: “These are really things that people in the community are starting to talk

about,” he said.  “It reflects the broader consensus about the need for criminal justice reform.”

That has been amplified in the last couple of months with the murder of George Floyd and the Black Lives Matter movement.

“A lot of these cries for reform have been amplified,” he said.  “What means a tremendous amount about our victory last night is that we won everyplace—we won across the county.  We won cities, we won townships, we won suburban communities—there’s really a broad consensus that we move forward and reform the justice system.”

Did things change after May 25 and the death of George Floyd?

For Eli Savit, he said “yes and no.”  He felt, “The energy around the campaign and the movement around reform were palpable after George Floyd’s murder.”

The murder definitely woke people to the urgency of these matters, he said, “but we were seeing this movement build for a long time here.”

Eli Savit noted that Washtenaw County prides itself on being progressive to begin with, but one thing he saw was a shift by the other candidates. “We are seeing this across the country, there’s progressive candidates running and its moving the whole conversation to a more progressive direction.”

Savit plans to build a transition team to focus on how to change the justice system in Washtenaw County.  “We will put together policies that we can have in place on day one,” he said.  “We’re going to get started on the top work of restoring people’s trust in the justice system.”

He said, while there is a lot on the table, “my top priority is getting rid of some of the harsh zero tolerance policies that the current prosecutor’s office has had.

“We’re going to seek to get rid of those policies on day one and put in place ones that are much more fair and equitable,” he said.

In addition, Eli Savit doesn’t have to reinvent the wheel with progressives across the country.

“You’re going to see from my office in the first few days in my administration, some policies that look very similar to things that are pioneered elsewhere,” he said.  “I’m watching and I’m learning and I’m proud of being part of this national movement.”

Miriam Krinsky, whose organization Fair and Just Prosecution has been pushing for prosecutorial reform, sees the results on Tuesday as further evidence that voters “are tired of past failed ‘tough on crime’ approaches.

“Voters want change and are not being moved by a fear narrative that some have been advancing that would return us to policies of the 80s and 90s that fueled mass incarceration,” she told the Vanguard.

In St. Louis, Kim Gardner had been facing a huge amount of pushback from other elected officials—the governor, attorney general, a senator and even the president.

Krinsky told the Vanguard, “Kim Gardner, Mark Dupree (in Kansas City, Kansas) and others around the nation have faced vicious backlash from some local, state, and national leaders who have attempted to usurp their power and undermine their efforts to promote safer and healthier communities.”

For her, “their wins yesterday, along with those of Eli Savit and other results in prosecution races in Michigan and elsewhere, show that communities remain by their side and embrace a mandate of reform predicated on proven approaches that would align our criminal legal system with best thinking and incarceration rates in other parts of the world.”

In a lot of ways, it was Chesa Boudin’s victory last November that moved the progressive reform movement into the place where it is now starting to churn out victories.

He sees Kim Gardner’s victory as particularly notable, in light of the amount of pushback she had received.

“Excited to see the strength of our movement,” Chesa Boudin told the Vanguard.  “Gardner’s reelection was critical, especially in the face of so much racism, dishonesty, and sexism directed at her.”

He added, “Savit will be a new, important addition to reform movement.”

Boudin noted the new energy emerging from the death of George Floyd, but also decades of mass incarceration.

“Th BLM movement, the murders of George Floyd and others, combined with decades of destructive mass incarceration have contributed to a national consciousness about the failings of the status quo,” he said. “The ‘progressive prosecutor’ movement also now has several years of successes in jurisdictions across the country. We’ve shown that we can safely decarcerate.”

Miriam Krinsky added, “The reform prosecutor movement has been continually growing over the last four years as voters are increasingly understanding the urgency of criminal justice reform and the power of local prosecutors to transform the system. And particularly now, in the midst of a public health crisis and a national dialogue on racial justice and transforming policing, voters are paying greater attention to all parts of the criminal legal system, including prosecutors.”