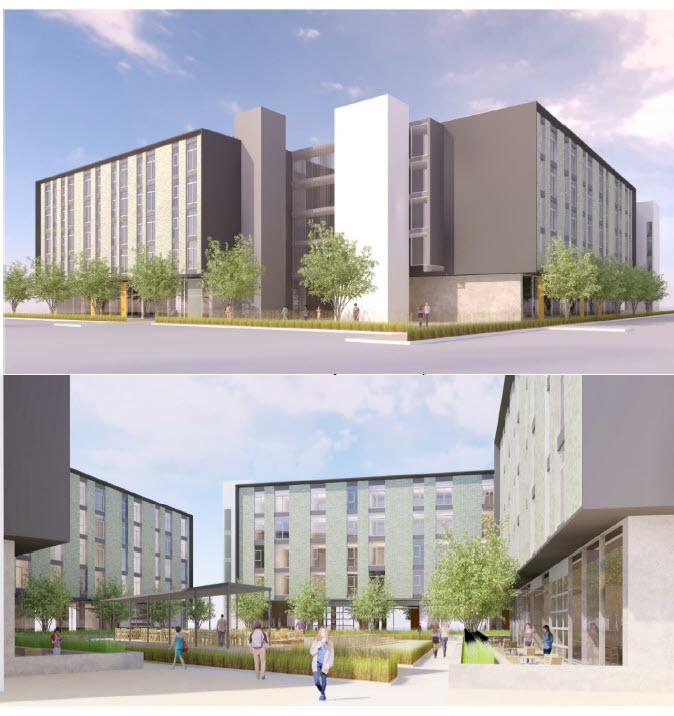 It was a 4-3 vote that was actually far closer than even the numerical numbers suggested.  The commission had to pull from consideration recommendations on the architectural site plan and the affordable housing plan just to get a bare majority.  But more than the vote, the discussion highlights the challenges we face making policy decisions right now.

One interesting aspect of the vote is that it really wasn’t about housing or growth/ no-growth.

Commissioner David Robertson was probably most opposed to the project, but even he was quite clear—we need housing.

“Will we ever run out of the need for housing in the city of Davis? Probably not while I’m alive,” he said.

From his standpoint, he was concerned about the lack of city planning and the fact that the housing in his view was unlikely to match up to the employees on the site that it was supposed to serve.

ordinance, the biggest problem is that we have made a series of decisions and continue to try to do everything on every project.

My hope here is to highlight issues that the council ultimately—hopefully sooner than later—needs to resolve.

Point number one: we have largely made the decision to forgo peripheral development in favor of infill.

The community has basically said prioritize infill over peripheral by continuing to support Measure J.  Measure J basically has put an urban limit line around the city that can only be breached with a vote of the voters.  So far that has occurred twice in 20 years.

I am not here to argue against that, though some will—here I’m going to argue that decision has consequences.  It means that as we have housing needs, for the most part we are going to resolve them with infill.  Infill has much more space limitations and requires much greater density to (a) pencil out, and (b) alleviate housing needs.

The consequence of that decision has manifested itself with University Commons and now the proposed mixed-use project at University Research Park.

Infill basically calls for density.  Mark Friedman explained,  “One of the things we wanted to do was to densify the site. We felt it was an environmental good to create a place where people could walk to work.”

But density has costs.  One cost is that near neighbors, in the case of University Commons or the case of Trackside, do not want big buildings in close proximity to the neighborhood.

The other problem, as Mark Friedman noted,  is it is extraordinarily more expensive to build high than it is to spread out.

But it has a second consequence—it makes it harder to have onsite affordable housing.

Why would a mixed-use infill project in an industrial park generate a 4-3 vote by the Planning Commission?  Affordable housing.

Affordable housing was a big sticking point for University Commons as well.  It’s why the faith leaders wrote to the council before and after the vote.  It is why two of the three no votes occurred.

Darryl Rutherford, who has spent his career working on affordable housing, was naturally pushing for it onsite.

He suggested that perhaps the applicant could cut back on the expense of the design and the materials, saying “maybe if we reduced that… we could actually meet the inclusionary affordable housing component that this commission, the social services commission and many many people in this community want to see.”

He said this is “incumbent upon the developers who are asking the city to do a lot.”

But there is another view here and that is the trade off between environment and affordable housing.

As Commissioner Greg Rowe explained it,  “We all need to sort of step back in the concerns we have about affordable housing.”

He noted that this was the result the state streamlining CEQA projects that demonstrating they would reduce VMT by being near high quality transit. Part of that trade off is reduced CEQA requirements (and this project was CEQA exempt) and they also had a maximum of five percent affordable housing under state law.

This is the point that Mark Friedman made, and then some.  Again, from his perspective, the right thing to do with this site was build in density and that creates cost.

He pointed out that the cost of going up is why the city ordinance had initially exempted vertical mixed-use development having to provide affordable housing. He explained that that was an acknowledgement that this project was more expensive and there were other benefits they chose which outweighed those.

He said that he could agree to add more affordable housing and other bells and whistles, “but all I’m doing is getting further from the feasibility and farther away from delivering housing.”

He told David Robertson that he appreciates his comments. “But quite frankly I don’t understand how the community is better off, how you solve your housing problems by making projects so infeasible that nobody builds them.”

There are always those who are going to shrug about these points.  They will argue that Friedman has the incentive to lower the costs as much as possible and that we can’t take his word for it.

That’s fine, we don’t have to take his exact word for this.  We know it is more expensive to build up.  We know that adding costs to projects lowers their expected return.  The only question is where that choke point is.  And sometimes there are other trade offs that can get you enough ROI (return on investment) to go forward.  Sometimes there aren’t.

That’s why when the state passed laws on transit priority and environmental regulations—they also capped affordable housing to five percent in such projects and Friedman is right, that’s why the city initially exempted vertical mixed-use from having to have affordable housing.

That’s why Will Arnold and others made the point time and time again that 35 percent of zero is still zero.

We can’t solve the housing problems by making projects so infeasible that nobody builds them and, yes, other than a few people in this community, everyone I think understands that we need housing.

So how do we accomplish that?  For one thing, we need the council to understand that there is a trade off between density and big “A” affordability and that as long as we have no RDA, it’s going to be challenging to get big “A” affordable in some of these projects.

But, second, they have done us no favors by continuing to pass an interim ordinance rather than to say we will have a five percent affordable housing requirement for all vertical mixed-use and we will have 15 percent for all other projects.

If you have a set policy then the Planning Commission has an easy decision to make on URP—it either meets it or it doesn’t.  As you stand now, you put the commissioners in a bad position of having to weigh in with their own opinions on affordable housing rather than be guided by city council policies.

You have to understand, however, that if you are going to set that policy, you may not get any more vertical mixed-use projects coming forward.  I know for a fact that the URP project would not go forward with such a requirement.

So it is a trade off and it is a trade off we need to understand and appreciate.  One final point I would make is that the vast majority of those who participate in these discussions and who make these decision have secure and stable housing, and so there is a privilege advantage that the haves make the decisions for the have nots.

In a time when we desperately need housing and affordable housing, a planning process would likely delay building new housing.  That’s the downside.  The upside is that maybe we can come up with a plan to create enough affordable housing to allow us to have some projects that don’t need to have it onsite in order to meet our overall goals.

Regardless of where you come down on this stuff, I think the conversation that the Planning Commission had, starting with the commissioner comments, was excellent and everyone involved in these issues needs to think about this as the weighing of competing needs rather yes versus no.