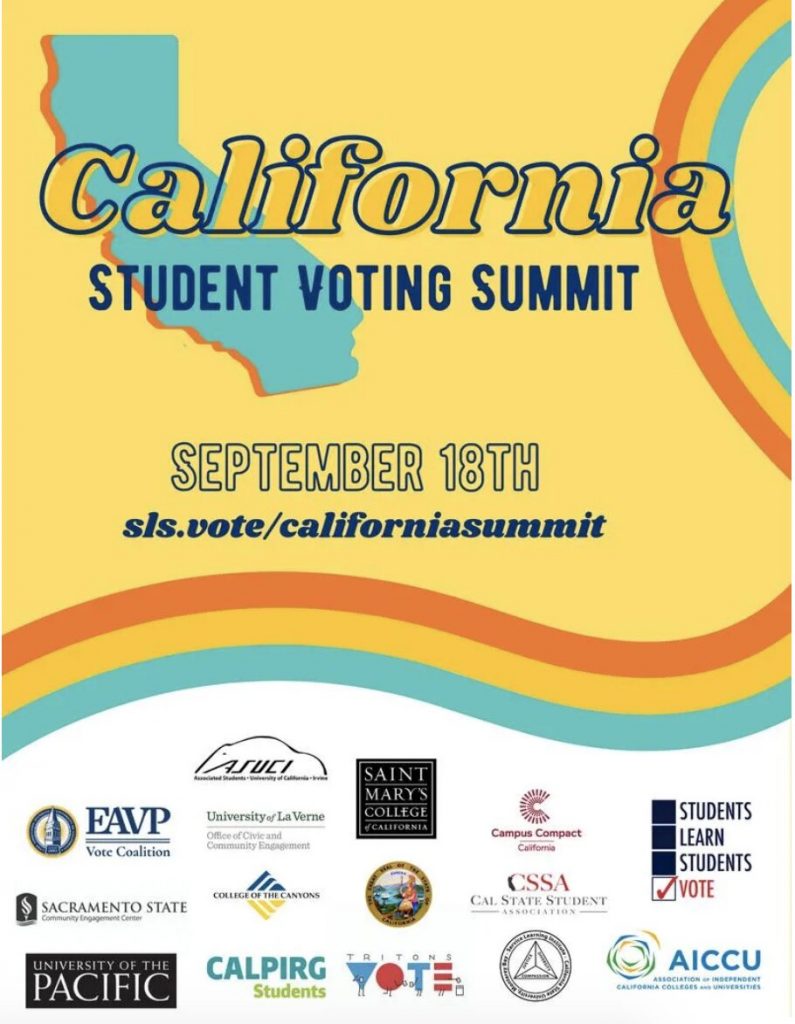 DAVIS – Over two hundred students from various California colleges met virtually on Friday afternoon at the California Student Voter Summit to learn and discuss ways in which to foster voter engagement within their campus communities.

Before delving into the panel, moderated by California Secretary of State Alex Padilla, the Summit began with a brief introduction by Moises Gonzalez, a student at St. Mary’s College.

Gonzalez began by explaining the importance of creating a voting plan but also reminded students that there are alternate ways to use their voice if they are unable to vote.

Following Gonzalez, Padilla began his session by recalling voter turnout from the 2014 California state election, the very election in which he beat Pete Peterson to become Secretary of State.

According to Padilla, only 52 percent of eligible young voters were registered to vote for the 2014 election, and among them, there was only an 8 percent turnout rate.

Historically, young voters have been the age group with the lowest voter turnout at elections.

Padilla went on to explain the measures being taken by California to ensure that all voters have a chance to cast their vote. During the first week of

October, all registered voters will be receiving a ballot through mail. The state, however, will still provide in-person voting.

Padilla encouraged everyone to visit vote.ca.gov to access voting resources and to check voter registration. He stressed the importance of ensuring that the voter’s personal information (such as the address) was up to date.

Padilla also set aside time to allow the Summit’s student speakers introduce themselves and start a conversation on the roles they have taken to encourage students to vote in the upcoming election.

Miyako Iwata, a student at UC Berkeley, shared one of her ideas to stir excitement among her peers to become registered voters.

Iwata shared that as an out-of-state student, she was surprised to step on campus and see how much students looked forward to Big Game, the rivalry football game played between UC Berkeley and Stanford.

Because of the pandemic, Big Game will not be happening anytime soon, but Iwata plans to use this friendly rivalry between schools to host a contest between the two schools.

Iwata explained that in this potential contest between Berkeley and Stanford, the schools would compete to see which campus could yield the most registered voters among their student body.

Although Iwata is still unsure of the logistics for her idea, she encouraged other colleges to follow suit and set up a similar event that motivates students to become registered voters.

The session titled “Rapid Fire Resources” allowed students to familiarize themselves with digital resources that campuses could use to encourage civic engagement among students.

One such resource was the CAstudentvote.org website, which provides voting information such as how to vote absentee, what form of ID is needed to vote, etc.

But the presenters did not just share this handy website with the students. They also shared a document explaining how campuses can navigate the website to send their students voting reminders through phone calls, canvassing and text messaging.

Because of this resource, the University of Southern California was able to register over a thousand voters when the University President sent out a campus wide email with a link to StudentVote.org.

Additionally, this website shares links to the Secretary of State’s Ballot Bowl, thus allowing campuses to enter a voting competition while also registering their students.

To learn more about the Summit’s speakers, visit this YouTube playlist with videos about their organization’s efforts to increase voter engagement.