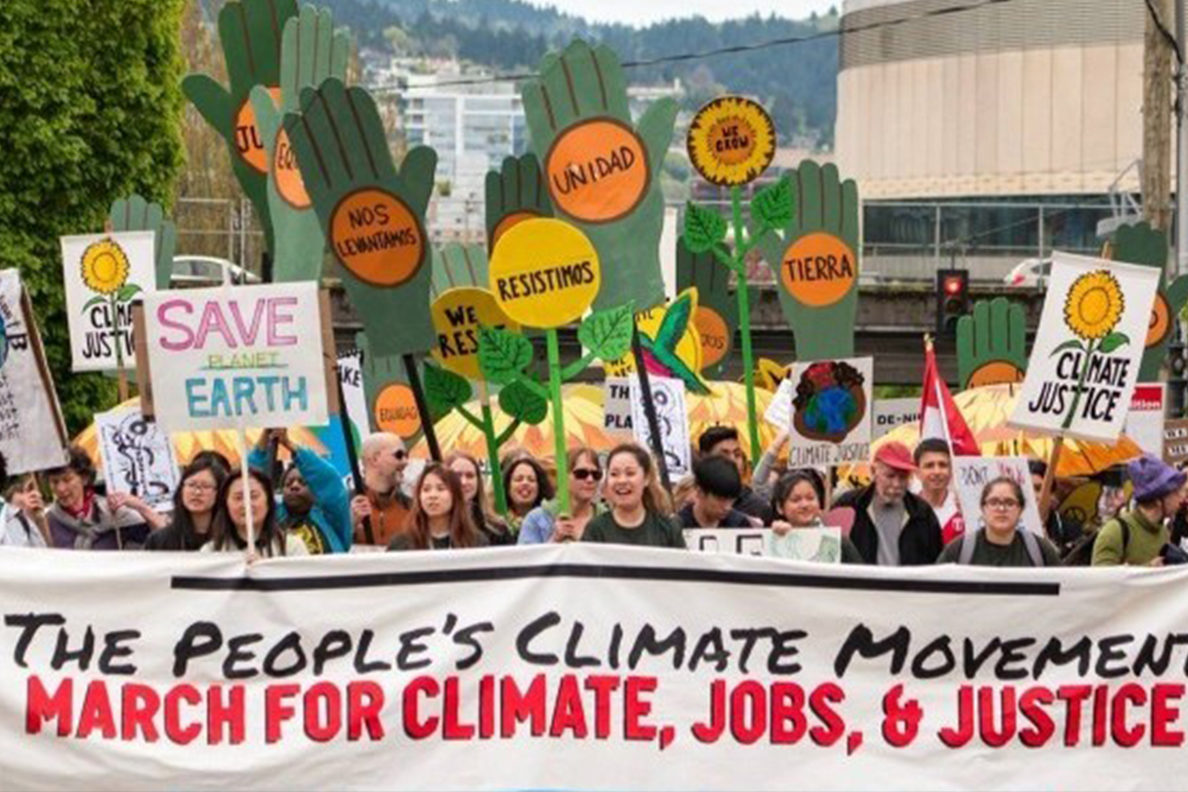 SACRAMENTO — On the morning of Sep. 23, California Governor Gavin Newsom announced his administration’s intention to end the sale of gas-powered vehicles in California by 2035 and to work with the state legislature to ban fracking.

While the policy proposals were met with criticism from members of the California GOP, it is clear Newsom was more concerned with responding to the demands of an increasingly mobilized climate justice movement.

Two days before Newsom’s announcement, more than 30 organizations and dozens of people at the Capitol for a climate action demanding Newsom to take bold action to combat climate change.

In the past couple of months, California was ravaged by some of the biggest forest fires in state history, causing Californians to breathe some of the worst air quality on the planet.

While Newsom’s media engagements made him seem like a climate warrior, he exclaimed, “This is a climate damn emergency,” after observing a wildfire near Oroville, his policies as governor have left climate activists unsatisfied.

On Sep. 14, just a week earlier than the protest, President Trump visited California and got into a disagreement with Newsom and some California scientists over whether or not climate change was causing these fires.

Governor Newsom responded to Trump’s climate skepticism by saying, “We come from a perspective humbly where we submit the science is in and observed evidence is self-evident that climate change is real.” While Newsom publicly defended the science of climate change to Trump, it raised some questions as to why he was not more committed to implementing green policy solutions as governor.

One of the main issues the climate protestors have with Newsom is his inclination to “talk the talk” on climate change, but not to “walk the walk”. For instance, Newsom has already approved 1,400 new oil and gas wells just this year. Additionally, the Governor recently lifted a fracking moratorium in April and has granted 48 fracking permits since.

At the event, a number of the protestors spread rumors about what would be included in the Governor’s scheduled executive order announcement. Many were hoping for an immediate ban on fracking, due to the detrimental effect it has on climate change.

However, others weren’t expecting anything of substance. It seems the Governor decided to take the middle path with this particular policy announcement. Instead of adopting an aggressive plan to halt fossil fuel extraction and combustion, he laid out a goal for California to electrify its transportation sector, which would lead to an estimated 35 percent reduction in California’s greenhouse gas emissions and started the policy discussion on how to best end fracking.

With this new set of policy commitments, Newsom can claim a bit more credibility as a politician who is actually willing to put forward policies that will help combat climate change. However, climate activists will not be satisfied until his administration commits to addressing the climate crisis with bold action, instead of incremental changes.