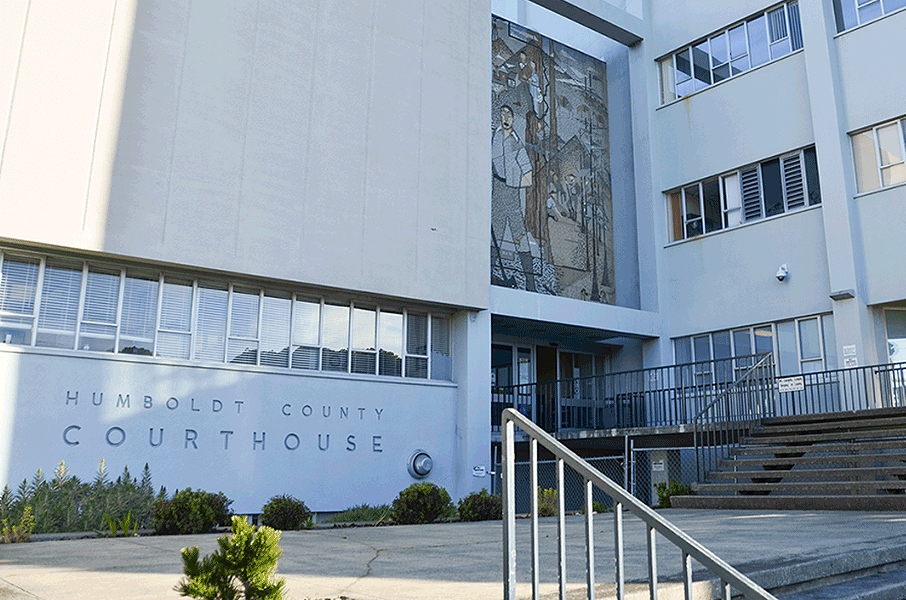 EUREKA – Privacy and transparency clashed here in Dept. 2 of Humboldt County Superior Court with Judge Kaleb V. Cockrum Thursday, as the court attempted to navigate the uncharted territory that is the lack of privacy of YouTube live streams for sexual abuse victims.

Due to COVID-19 regulations, courtrooms across California have been broadcasting court proceedings on YouTube live streams for public viewing. The deputy district attorney in this case, Whitney Tim, however, brought attention to a matter that may require the court to adopt other measures.

According to the prosecution counsel, there are several concerns with the victim testimony being broadcast on YouTube, including the absence of a bailiff who would regulate those permitted to enter the courtroom.

In the case at hand, which involves sexual assault allegations from minors, this poses the risk that pedophiles might be able to view the proceedings for “sexual enjoyment.”

Moreover, Tim said, despite the warning display on YouTube which states that recording court proceedings is prohibited, preventing this is nearly impossible. In a traditional courtroom setting, a

bailiff would be able to monitor the courtroom and intervene if someone were illegally recording during a hearing.

Counsel also pointed to the foreseeable concern that if the testimonies were to be publicly broadcast, the defense might be able to argue on appeal that others testifying against the defendant Mark Dare, after viewing the victims’ testimonies on YouTube, were able to deliberately align their stories to the testimony to strengthen their case against him.

“In a case like this, where Mr. Dare is facing life in prison, all of the precautions should be taken against any sort of people being able to watch another witness in the trial testify and attempt to make their story sound similar to what another witness is testifying to,” Tim said.

She added the disclaimer that she was not implying that any of the witnesses would do something of the sort, but she didn’t want this to be something the defense argued.

Citing Penal Code section 288(b), which dictates that a court should protect the rights of the victims in this case, she also explained that this live stream might re-victimize the minor victims of assault.

Assistant Public Defender Marek Reavis remarked that “complaining witnesses” were not “victims” but that they were “alleged victims,” and argued “re-victimization” was not an issue. Still, he contended that it would be unfair to have “Mr. Dare’s face associated with these charges” and also requested the court not to stream this hearing.

After consideration of both the prosecution and defenses’ requests Judge Cockrum discussed potential options that might allow those directly involved with the case some privacy without impeding on the public’s right to information surrounding these proceedings.

He stated that a closed circuit camera, which the DA requested would be a viable option if they had the technology for it.

He explained that he was working on finding a room for this but was running into difficulties finding an available location. The cafeteria and library were two of the options he named, since all courtrooms were occupied. A resolution was not announced.