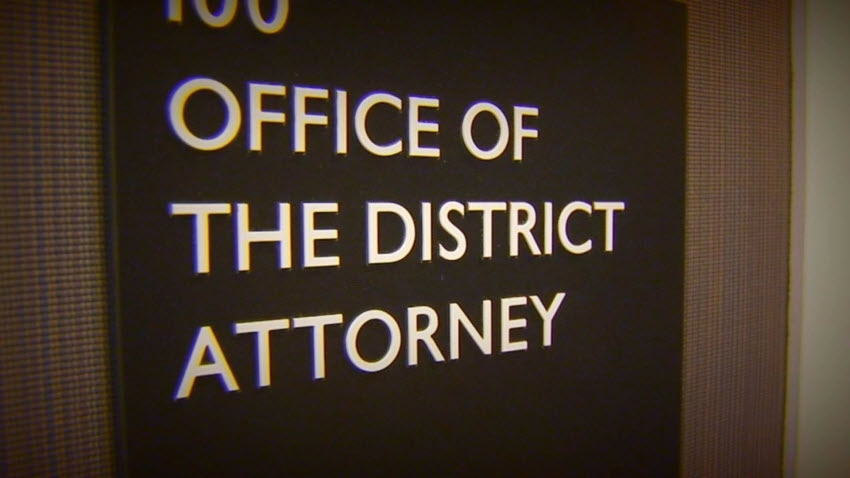 Schumb, a local attorney, is facing felony charges for his alleged involvement in illegally issuing concealed weapons permits. These charges include bribery and conspiracy to commit bribery. If convicted, Schumb faces up to four years in prison.

District Attorney Jeff Rosen and his Chief Assistant Jay Boyarsky will be witnesses at Schumb’s trial, which would complicate his right to a fair trial because Schumb was close friends with both

As the motion to disqualify the DA’s office reads, Schumb “served Rosen as a confidant, lawyer, counselor, fundraiser and friend.”

The two established a friendship and an attorney-client relationship in which Rosen sought legal counsel from Schumb. During their friendship, Schumb hosted fundraising events that earned thousands of dollars for Rosen.

Schumb also connected Rosen with businessmen and prominent state and local leaders. It appeared Rosen and Schumb remained friends even after the DA’s office began investigating Schumb in November 2018.

Schumb is also close friends with Rosen’s Chief Assistant Boyarsky and Santa Clara County Sheriff Laurie Smith. The motion states that the “favors and graciousness” Schumb provided to Rosen are “substantially similar” to those provided to Smith.

In 2019, Boyarsky contacted Schumb to resolve an issue between Smith and Rosen after a dispute arose between the sheriff’s office and DA’s office over Rosen’s desire to have unrestricted access to jail calls made by inmates. Unable to resolve the issue, Schumb was conflicted by his loyalties to both parties. Because of this disagreement, Boyarsky said that Rosen is considering endorsing Smith’s challenger, John Hirokawa. This caused lasting tension between the offices.

This is the “well-documented power struggle” that is cited in the motion as another reason to disqualify Rosen’s office from prosecuting Schumb. The defense states that this would “preclude the Santa Clara County District Attorney’s Office from prosecuting this action in an objective and evenhanded manner as required by the law.”

California Penal Code section 1424 has a two-part test governing motions to disqualify or recuse the district attorney from a case: 1) The evidence must show that a conflict of interest exists; and 2) the conflict renders it unlikely that the defendant will receive a fair trial.

Rosen and Boyarsky will be called by the defense as witnesses attesting to Schumb’s good character to establish Schumb’s innocence of the alleged crimes. However, given their friendship and all Schumb has provided for Rosen, Rosen’s prosecution of Schumb would violate his own office’s ethical policies in the Santa Clara County District Attorney Police and Procedures Manual. It precludes a district attorney from prosecuting an action against a personal friend.

“There is no question Rosen’s personal and legal relationship with Schumb will affect the manner in which the District Attorney’s Office handles the prosecution of Schumb,” the motion states. “Rosen and Boyarsky’s roles as trial witnesses in the prosecution of Schumb by his office, the Santa Clara County District Attorney Office, constitutes a conflict.”

The defense also argues that Boyarsky’s implied threat that Rosen would support Sheriff Smith’s opponent is evidence of bias and abuse of power. This is regarding the jail recordings.

“Schumb got caught in the middle of the political firestorm between the two offices and it appears that Rosen is now using the power of his office to harm both the Sheriff and Schumb,” the defense argues, adding, “Schumb has a right to be prosecuted by a ‘disinterested prosecutor’ and Rosen, who appears to have an emotional stake in this prosecution, is far from disinterested…

“Such retaliatory conduct is an abuse of power and undermines the integrity of the criminal justice system, violating every expectation that the defendant and the public have that a defendant be prosecuted by a fair-minded prosecutor,” the defense continues.

It has not yet been determined who will prosecute the defendant if the judge grants the motion, although Rosen was asked at his press conference whether the DA’s office would consider turning the case over to a state agency. Rosen said he had contacted the CA Attorney General’s Office and was told there was no conflict.

Share:
Tags:Concealed WeaponsJeff RosenSanta Clara DA's Office
Previous : Charges against Curtis Flowers Are Finally Dropped – After 23 Years on Death Row, He Goes Free
Next : What District Am I In? Handy Map of Both Council and School Board Districts