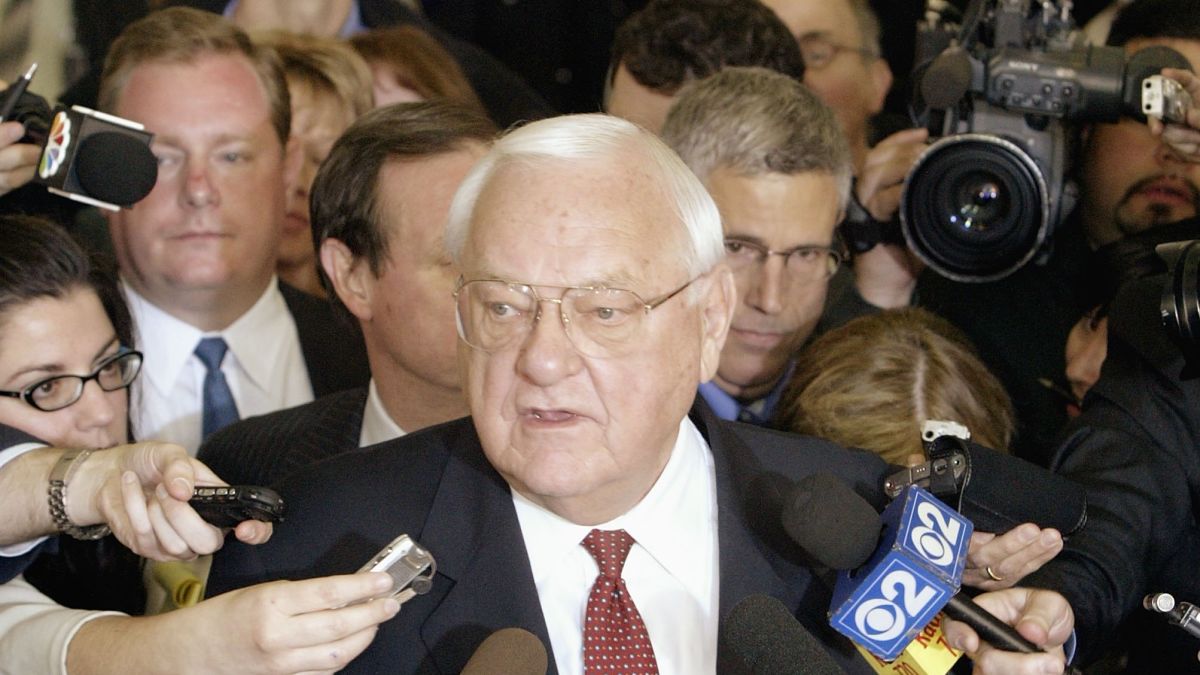 Former Governor of Illinois and author, George Ryan, denounces the death penalty in an interview with Death Penalty Focus’s Nancy Haydt, Ryan stating, “The death penalty is going to be abolished.”

At the time of his election in 1998, Ryan was a conservative in favor of the death penalty, even going so far as to sign convicted serial killer Andrew Kokaraleis’s death warrant. Kokaraleis, a former member of the satanic cult, “The Ripper Crew,” was suspected in the disappearance of at least 18 women in Illinois. Kokoraleis was executed by lethal injection in Illinois in 1999.

When asked about his decision to sign Kokaraleis’s death warrant Ryan stated, “There really wasn’t a whole lot of doubt in my mind, but there was a little.” Ryan admitted while Kokaraleis was under no circumstances a good individual, it still felt wrong to sentence him to death.

“I still had to be the guy who signed the death warrant, and I didn’t think that was really proper for me to be doing that. If I didn’t have to kill somebody, I sure didn’t want to,” he said.

So, what led to Ryan’s change of heart on the death penalty? Joined by Pulitzer Prize winning author and journalist, Maurice Possley, Death Penalty Focus abolitionist, Mike Farrell, and Laura Schaefer, a staff attorney for the APA Death Penalty Project, Ryan set out to answer this question.

Co-author of Ryan’s memoir, Maurice Possley, put words to Ryan’s decision to denounce the death penalty in saying, “The debate of the death penalty was powerfully shifted from is it morally right for the state to kill people to deter others from killing, to how can we trust this system to kill the right people?” Here, Possley defines the “right people” as individuals actually guilty of their crime.

According to Farrell, recent findings show that the death penalty was in fact prone to error. Farrell stated that Lawrence Marshall, former legal director of the Center of Wrongful Convictions, found that, “37 of the 70-some known exonerees, people who had been tried, convicted, sentenced to death, and ultimately rather than being executed were exonerated, 37 of them were found to be innocent after being exonerated.”

An example of this can be seen in Anthony Porter’s case who was convicted of murdering two teenagers. Porter served 17 years on death row before being exonerated the day before his execution, following new evidence detailing the confession of the true killer.

Possley seconded the death penalty’s shortcomings based upon his work, finding, “We’ve looked at 30 years of murder cases and have found 400 of them being reversed because prosecutor’s failed to reveal evidence of a person’s innocence or has knowingly used false evidence.”

Based on information like this, Ryan stated that getting rid of the death penalty was essentially a no brainer, charging, “We had a system that just didn’t work.” However, Ryan’s decision to work to abolish the death penalty in Illinois was not without struggle or opposition.

Ryan noted that there was strong opposition from victims’ families when he began to pursue the end of the death penalty in Illinois.

During Ryan’s time in office he spoke with families who had lost loved ones in death penalty cases. “…It’s a terrible thing but they all claim that they’re going to get closure with another execution,” he said.

“I can’t believe that the execution of another person could bring you a lot of relief and make it go away,” Ryan went on to say. “It’s going to be something that you’ll live with for the rest of your life whether the person is alive or dead. I don’t know if you’d get a whole lot of joy, but maybe you would, from sitting in a chamber and watching a person get executed. That’s kind of barbaric.”

In closing, Ryan shared some optimistic views about the future of the death penalty in the United States as most of the panelists did as well.

“The death penalty is going to be abolished sometime,” Ryan commented, “…maybe not in my lifetime but it’s not going to be far away. I think it’s a generational thing. Younger people are just not for the death penalty or that kind of punishment. You’ll see some changes.”