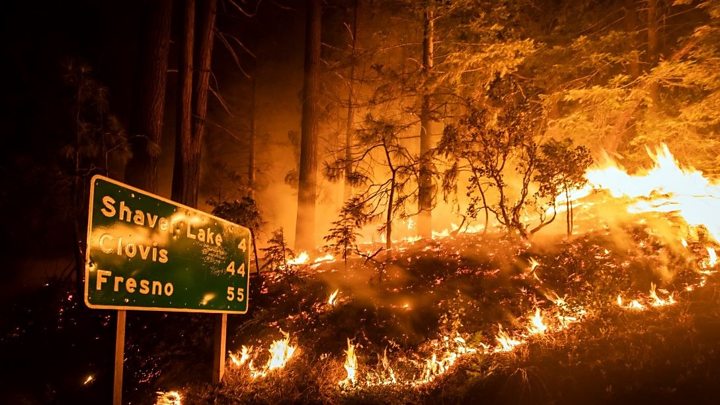 By Elisabeth Robbins and Mark Reynolds

My friend hurriedly evacuated her dream home northeast of Vacaville as flames advanced down the hillside. In the Mendocino National Forest, firefighters burned out a protective barrier around my son’s cabin deep in the woods.  That may, or may not, have protected it when Wednesday’s terrific winds swept fire through.  As of this writing, we don’t know.  At best, “Maybe I’ll have the view I’ve always wanted,” he said wryly.

These fires touch everyone.  For too many it’s a personal loss.  For others, it’s a loss to someone we know and care about, so it becomes our loss too.  We have all lost freedom of movement outdoors because of the highly polluted air.

And the fall fire season hasn’t even started.  Already  we have seen an astonishing amount of destruction, across the state and right here in Yolo County.  Over 2.6 million acres have gone up in smoke, exceeding the 2 million acres burned in 2018. That year, the damage and economic loss from wildfires, according to AccuWeather, came to $400 billion.

At the end of August, nearly 4,000 homes and other structures had been consumed by wildfires this year in California. Every day now, our social media feeds are filled with photos of orange, smoky

skies. In Davis and Woodland we’ve had lemon yellow days.

The explanation for the increasing intensity and frequency of wildfires is pretty straightforward: Climate change is making forests drier and weather hotter, conditions in which a lightning strike can ignite a fire that explodes to destroy thousands of acres. Climate scientist Park Williams of Columbia University told the New York Times, “Behind the scenes of all of this, you’ve got temperatures that are about two to three degrees Fahrenheit warmer now than they would have been without global warming.”

On our current trajectory, temperatures will continue to climb, bringing more fires and greater destruction. These wildfires also create a feedback loop that exacerbates climate change by releasing massive amounts of carbon dioxide into the atmosphere.

Unforeseen crises are also made worse by climate change. As we struggle to persevere through the coronavirus pandemic, for example, smoke from fires causes respiratory problems that can make the virus more deadly. People fleeing fires may also contend with crowded shelters where the disease can spread easily.

With the impact of climate change being felt here and now, we find ourselves running out of time to bring down the heat-trapping pollution that is warming our world. We must therefore use all the tools at our disposal to curtail those emissions.

One of the most effective tools is an ambitious price on carbon that will speed up the transition to a low- or zero-carbon economy. A tax or fee on carbon can have a positive impact on low- and middle-income families, too. How? Take the revenue from a carbon fee and distribute it to all households.

Legislation to implement an effective carbon price while protecting the economic well-being of people has been introduced in the U.S. House as the Energy Innovation and Carbon Dividend Act (H.R. 763). The carbon fee is expected to drive down carbon emissions 40% in the first 12 years and 90% by 2050. A household impact study released in August found that among households in the lowest fifth economically, 96% would receive “carbon dividends” that exceed their carbon costs.

We urge Congressman John Garamendi to join the 82 House members who are currently co-sponsoring this bill.

Our smoke-filled skies should serve as a warning that our climate could one day be unbearable if we fail to take the actions necessary to rein in climate change. An effective price on carbon with money given to households can put us on the path to preserving a livable world.