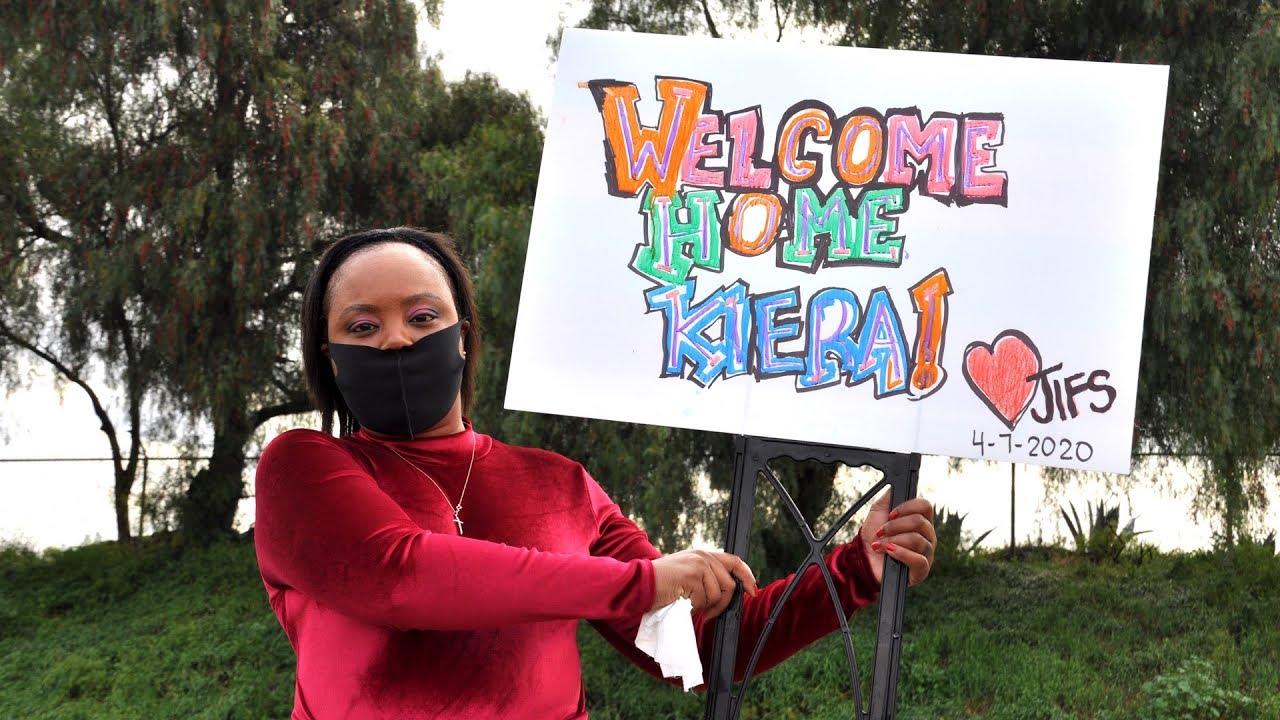 Kiera Newsome was only 17 years old when she was wrongfully convicted of first-degree murder.

Now, 19 years later, she was a featured speaker Monday for the California Innocence Project Justice Society’s webinar about adjusting to life after exoneration.

The California Innocence Project (CIP) usually hosts weekly in-person seminars where speakers educate participants about their mission to bring justice to those who have been wrongfully convicted, promote legislative reform of the legal system, and educate future attorneys.

In light of the COVID-19 pandemic, CIP has adapted these meetings into virtual webinars through Zoom, which has actually allowed them to host speakers and attendees located across the country.

This week, CIP’s Justice Society, a donor network for individuals who are interested in criminal justice and innocence-related issues, wanted to shed some light on the difficult and often very emotional experiences that exonerees face after finally being freed from prison by having panelists answer audience-submitted questions.

“Innocent clients are often given less, if any services at all once they are out of prison and trying to get back on their feet. They fall into a really small group of people this country has a really hard time trying to deal with because they shouldn’t have served any time in the first place,” said McGinn as an introduction before the panelists began the Q&A.

“They’re often left to fend for themselves or depend on family members who are really not prepared to assist with their reintegration when they’ve been missing from the family for a very long time, sometimes decades,” McGinn continued. “At CIP, we fight for our clients after they’ve been released and do the best we can to help them along their journeys.”

Kiera Newsome spoke on her personal experiences after being released from prison on April 7, 2020.

“The first few days after I got out, everyone was like, ‘Yay!’ and I was so, so excited. Just to see everyone there was such a beautiful thing,” said Newsome.

“But then that same day, I had to rush right into a program. I didn’t get to spend a lot of time with my loved ones like I felt I should have been able to. It felt like I had to jail all over again—another six months of it,” Newsome continued, explaining how she feels very constrained by her required parole.

“I feel like my life shouldn’t have to be under a microscope. I feel like I should be able to travel the world and do things I’ve never done before without having to call someone and ask if I can go somewhere,” said Newsome.

Newsome’s experience resonated with Suzy Salamy, who explained, “You get out and realize immediately that you need to handle all these logistical things, which seems almost unfair in terms of the celebratory atmosphere. I’ve been to exonerations where we had to immediately go across the street and get an ID because this person wanted to leave the state on a plane.”

“We have to remember that something that we take for granted and see every day is something [exonerees] haven’t seen in 20 plus years,” added Tansha Harnell.

The panelists touched upon many other unforeseen hardships exonerees face, including rebuilding relationships and finding employment.

“Families still see them as who they are when they went in, but they’re grown now,” Harnell said, noting that many exonerees and their families have to forge new relationships after losing contact for several years.

Harnell urged families, friends, and individuals who work with exonerees to always practice patience and understanding. “It’s about making ourselves available so that they don’t feel like a burden or that they’re bothering us,” she said.

Newsome smiled, noting that her own mother has been showering her with care and affection since her release.

“We’ll be at a store and my mom will rush up to the register before I can get there, paying for all my items. And I’m like, I can do that! I’m okay!” said Newsome. “It’s funny because I’m the oldest child, but I feel like I’m being treated like the youngest child.

“I love the love I get from my family, but sometimes it gets so overwhelming. I feel suffocated because prison has guarded me. In prison, people will show you love but it’s always for a price,” said Newsome. “I have to remember that these are my friends, family, and supporters. They mean well and there’s nothing wrong with letting people love you the way you need to be loved. But I also need them to understand that people tried to do that for me during my incarceration, and there were bad experiences.”

Newsome also spoke about how prison has affected her experience with finding employment.

“It’s been hard not just for me, but many incarcerated individuals. The prison pumps you up and you work on all these skills. You take every group, every training, every class to come out here and do something better for yourself. Then you get shot down because the big f-word comes up—felon,” she said.

Salamy added that many of her clients have faced the same struggles Newsome described, especially male exonerees who attach their sense of worth and masculinity to their employment status.

“They come out and feel like a failure because they aren’t able to immediately get work or the skill set they had is not applicable now. The signifier for getting back on their feet is having work, bringing home money,” she said.

With all of the hardships that exonerees face, McGinn noted that one of the most common questions received by the Innocence Project is, “Are they going to be compensated?”

Unfortunately, for many exonerees, the answer is no. Only 35 states currently have compensation laws, and legislation varies vastly across the country.

In California, for example, exonerees are entitled to $140 for every day they were wrongfully detained. “But the state makes it extremely difficult [to collect compensation]—to a point where you basically have to prove your innocence again,” McGinn said.

“We hear about these very large cases where people get multi-million dollar compensation, but that’s a civil suit. I think only around 55 percent of people get that type of compensation,” added Salamy.

Despite these hurdles, many exonerees exercise incredible positivity and generosity toward others.

“I’ve seen it—exonerees are so generous to those who they know will never be compensated because little discrepancies don’t allow it. The community is amazingly generous and they show up for each in a way that is remarkable,” Salamy said.

When asked about her future plans, Newsome reflected that same giving attitude. She has completed three Associate’s degrees and is currently working toward a Bachelor’s degree in hopes of becoming a licensed social worker.

“Eight years ago, I found out I was born on Wrongful Conviction Day,” said Newsome. “I want to be a social worker for the youth. I want to go back and give back. I know it’s not a lot of money, but I don’t care about money. I’m going to go with my heart and what I’m passionate about.”

To conclude the webinar, McGinn congratulated Newsome on her recent accomplishments and advised participants on how they can help contribute to the fight against wrongful convictions: “If you want to support Kiera and others like her, learn more at our website californiainnocenceproject.org,” McGinn said.