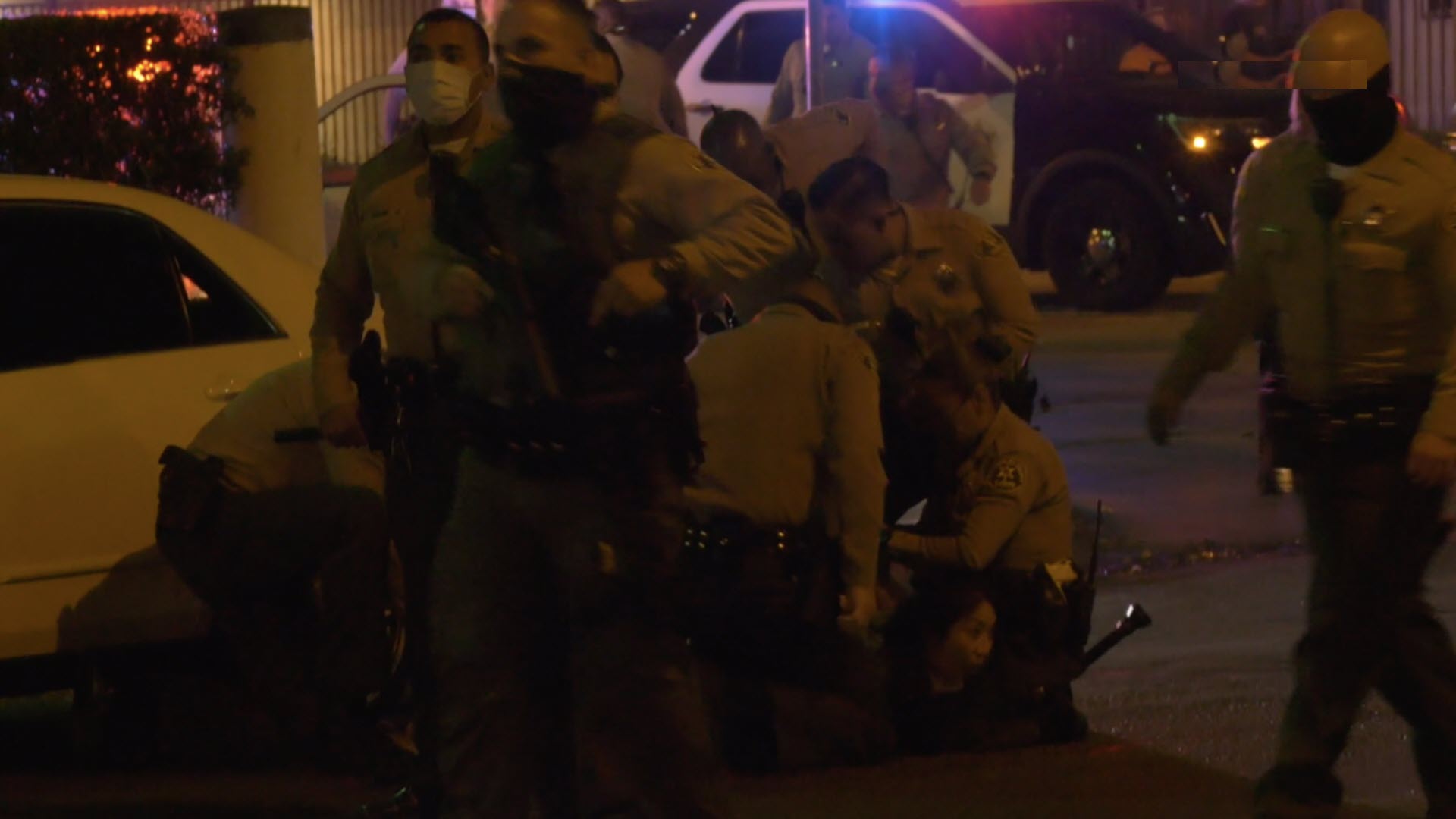 LOS ANGELES – Amid the rising number of protests against police brutality and racial inequality, there is also a rise in the suppression of journalists reporting on these demonstrations—including in Los Angeles, where deputies recently unlawfully and roughly arrested a reporter while she was reporting on a protest.

Josie Huang, a news reporter for the National Public Radio member radio station KPCC, was outside of St. Francis Medical Center in Lynwood, covering news related to the shooting of two deputies in Compton. Suddenly, a group of protestors appeared outside the medical center, shouting at the deputies.

The situation intensified and protestors start getting arrested. While attempting to record an incident of arrest, an officer warned Josie to “back up.”

Before having a chance to leave, Josie was tackled, grabbed, and tossed around to the ground. Josie repeatedly explained that she’s a reporter and that she’s with KPCC and exclaimed how the officers are hurting her.

She was held in custody for five hours, arrested on an obstruction of justice charge.

When the Los Angeles County Sheriff made a statement on this night, the protestors, and the arrest of Josie Huang, they claimed they were unaware she was a journalist, that she refused to comply with orders, and didn’t leave when asked to leave.

However, footage that Josie recorded from her cellphone, as well as recordings from nearby civilians, contradicted this statement.

In Josie’s footage, it shows the officers giving her no time to withdraw after their order to “back up.” She says multiple times that

she is a journalist from KPCC. Two officers even tried to smash and kick her phone, resulting in damage to her phone. The phone was still usable and the recordings accessible.

While she later admits she didn’t have the proper press credentials at the time, there were many indicators, including her verbal expression she is a reporter and her reporter’s badge and lanyard, showing that she was a reporter and simply there to report on the incident.

Other footage records the arrest clearly, showing a group of officers huddling around Josie while one swings her around and tossed her on the ground.

The Reporter’s Committee for Freedom of the Press (or RCFP), as well as various other media organizations, were outraged upon hearing this. Their concerns of First Amendment violations of freedom of press are growing as the number of press freedom violation incidents continue to grow.

With the assistance of a coalition of 64 media organizations, the RCFP wrote a letter to Sheriff Alex Villanueva of the Los Angeles Sheriff’s Department, condemning the actions of the police officers who arrested Josie Huang. They urged the department to take preventative actions in order to keep journalist-related arrests from continuing to occur.

The RCFP also used this incident as an opportunity to further encourage the passing of SB 629, “The Press Freedom Act.” In their letter to Sheriff Alex Villanueva, they also attached a letter they wrote to Governor Gavin Newsom about SB 629.

SB 629, proposed by Senator Mike McGuire, would penalize law enforcement officers if they intentionally obstruct, detain, assault or prevent the press in any way from covering protests and demonstrations. With the rise of protests against police brutality and marches related to the Black Lives Matter movement, this bill would greatly help protect journalists and news reporting, the lawmaker said.

In the letter written to Governor Newsom, co-signed by 52 new organizations, RCFP highlights the growing danger of press freedom violations amid the Black Lives Matter protests and the importance of SB-629.

The importance of freedom of the press should be emphasized, said Supervisor Matt Haney of the San Francisco Board of Supervisors: “When we start detaining journalists, that goes into the realm of an authoritarian police state.”

In the letter, RCFP provides many examples where journalists were simply doing their job before they were harassed or abused by police officers. The police officers are depicted as negligent or cruel, shutting down reporters with little regard to their health and safety.

RCFP states that future curfew orders should not apply to journalists and news media because it could be used as a potential suppression tool of news coverage. They cite the First Amendment in order to show how it is being violated: “The right to report on police activities is clearly established and officers have no immunity when they directly target reporters covering protests.”

Suppressing the recording of police is a violation of this right. Journalists, photojournalists, and documentarians are entitled to relief and have the right to sue any government officials responsible for the violations, the RCFP said.

RCFP urges California to implements protocols across all cities to protect reporters and ensure the public remains informed. They urge that all jurisdictions in California to follow these protocols as follows:

RCFP condemns the misconduct of police toward journalists and provides a platform for those abused by law enforcement to express their complaints. RCFP provides tips and guidelines on to journalists on how to cover a protest, what rights they should be aware of and how to avoid arrest.

RCFP has partnered with U.S. Press Freedom Tracker to document assaults, arrests, equipment seizures and other incidents targeting journalist covering demonstrations. They provide an email that allows people to report these incidents occurring to journalists or someone they know.