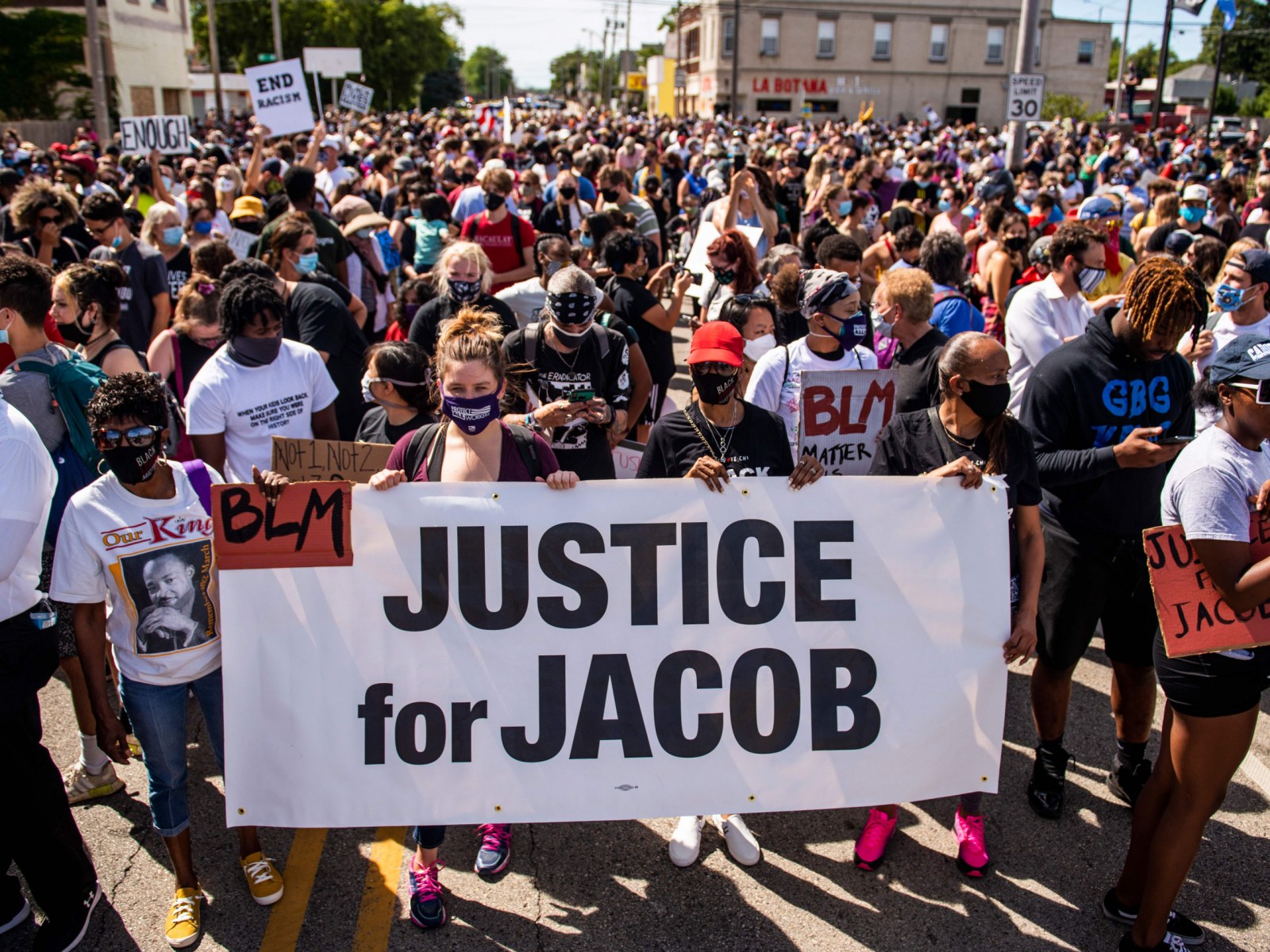 We keep hearing about violent protests and, to be sure, there have been some.  But the non-profits, US Crisis Monitor and Armed Conflict Location and Event Data Project (ACLED), fathered data on all the protests that have swept the US and found that 93 percent of those protests remained peaceful and nondestructive.

However, they did warn, “The United States is at heightened risk of political violence and instability going into the 2020 general election.”

The threat, though, is a good deal broader than some have let on, noting that mass shootings hit a record high in 2019, violent hate crimes are on the rise, and killings by police continue—with the rate being 2.5 times greater for Black men as for white men.

Meanwhile, COVID has killed over 180,000 people and disrupted the economy.

“These data reveal that the United States is in crisis. It faces a multitude of concurrent, overlapping risks — from police abuse and racial injustice, to pandemic-related unrest and beyond — all exacerbated by increasing polarization,” they found.

The report identifies about 7750 protests from May 26 through August 22 that were linked to the BLM movement, taking place in 2400 locations across all 50 states plus DC.

Of those, in only 220 locations did the protests become violent—defined in the report as either a clash with police or counter-protesters, or causing property damage.

Moreover, in most cases, those with violence or property damage were “largely confined to specific blocks, rather than dispersed throughout the city,” the report states.

“In this hyper-polarized environment, state forces are taking a more heavy-handed approach to dissent, non-state actors are becoming more active and assertive, and counter-demonstrators are looking to resolve their political disputes in the street,” the authors wrote. “Without significant mitigation efforts, these risks will continue to intensify in the lead-up to the vote, threatening to boil over in November if election results are delayed, inconclusive, or rejected as fraudulent.”

The report found that police or other government agencies intervened in about 10 percent of the protests nationwide.

In a little more than half of those cases, authorities used force, “such as firing less-lethal weapons like tear gas, rubber bullets, and pepper spray or beating demonstrators with batons,” the report found.

“The heavy-handed police response appears to have inflamed tensions and increased the risk of violent escalation,” the report states. “The escalating use of force against demonstrators comes amid a wider push to militarize the government’s response to domestic unrest, and particularly demonstrations perceived to be linked to left-wing groups like antifa, which the administration views as a

Portland is a good example.  The report found that the arrival of federal troops there actually inflamed the situation.

The report notes that, throughout June, while there were demonstrations, a federal judge had limited “the use of tear gas over concerns that its officers were employing excessive force against demonstrators and violating their Fourth Amendment rights.

“By the end of the month, the order was expanded to restrict the use of other less-lethal weaponry like rubber bullets, and Oregon state legislators passed a new law that mandated police warn protesters before firing tear gas. Demonstrations continued, but tensions cooled.”

This would change in July as PACT (Protection American Communities Task Force) agents along with federal personnel took a more active role in the response.

“Prior to the deployment of PACT at the start of July, approximately 8% of demonstrations in Oregon were met with government intervention,” they report.  “Since July, this figure has risen to 40% of all demonstrations.”

The number of violent demonstrations also rose, where it increased from 17 percent prior to federal intervention to 42 percent after.

“Although federal authorities were purportedly deployed to keep the peace, the move appears to have re-escalated tensions,” the report states.  They add: “Prior to the deployment, over 83% of demonstrations in Oregon were non-violent.”

The other alarming trend is that, increasingly, “protesters on both sides of the country’s political divide are meeting face-to-face at demonstrations.”

Another concern is “there is also a growing presence of armed individuals at demonstrations, with many claiming they are standing by to ‘keep the peace’ if not to openly intimidate perceived ‘enemies.’ At least 50 such incidents have been reported around the country since 24 May.”

They note, “Reports that police not only tolerate the presence of certain armed individuals at demonstrations but in some cases actively encourage their involvement suggest this trend will continue, amplifying the risk of violence.”

In Kenosha,  for example, “during protests against police brutality following the shooting of Jacob Blake, police allegedly told armed members of the Kenosha Guard over a loudspeaker, ‘We appreciate you guys. We really do,’ and shared water with them.”

President Trump believes ultimately this will play to his advantage, with his view that he offers the law and order opportunity.

But polling, at least at the moment, is not bearing that out.

We have seen a number of polls showing similar trends.  One recent poll, a CBS Poll discerned that “though neither candidate gets rave reviews for what they’ve said about the demonstrations, Biden is seen by more as trying to calm the situation, while the president is perceived by slightly more as encouraging fighting, rather than calming things down.”

What is also interesting is that most voters believe the best way to address the protests is through police reforms and addressing discrimination, not using the police to punish them.

Finally the polling found that voters “see the protests composed of a mix of well-intentioned demonstrators and people out for more destructive aims, but they appear to distinguish between the two: between the peaceful protesters — with whom, people say they can identify — and those destroying property, with whom they can’t.”

In addition, people in the suburbs are not particularly worried about violent protests happening where they live—8 in 10 say so.

Bottom line is that yes, there are violent protests and clashes between protesters and counter-protesters—but those have been the exception, not the rule.

Share:
Tags:Black Lives MatterJoe BidenKenoshaPeaceful ProtestsPortland ProtestsPresident Trump
Previous : What District Am I In? Handy Map of Both Council and School Board Districts
Next : Santa Rita Jail’s COVID-19 Active Cases at a Standstill; Jail Population Increased by Eleven Percent Since April – Weekly Highlights – Breaking Down COVID-19 In CA Jails