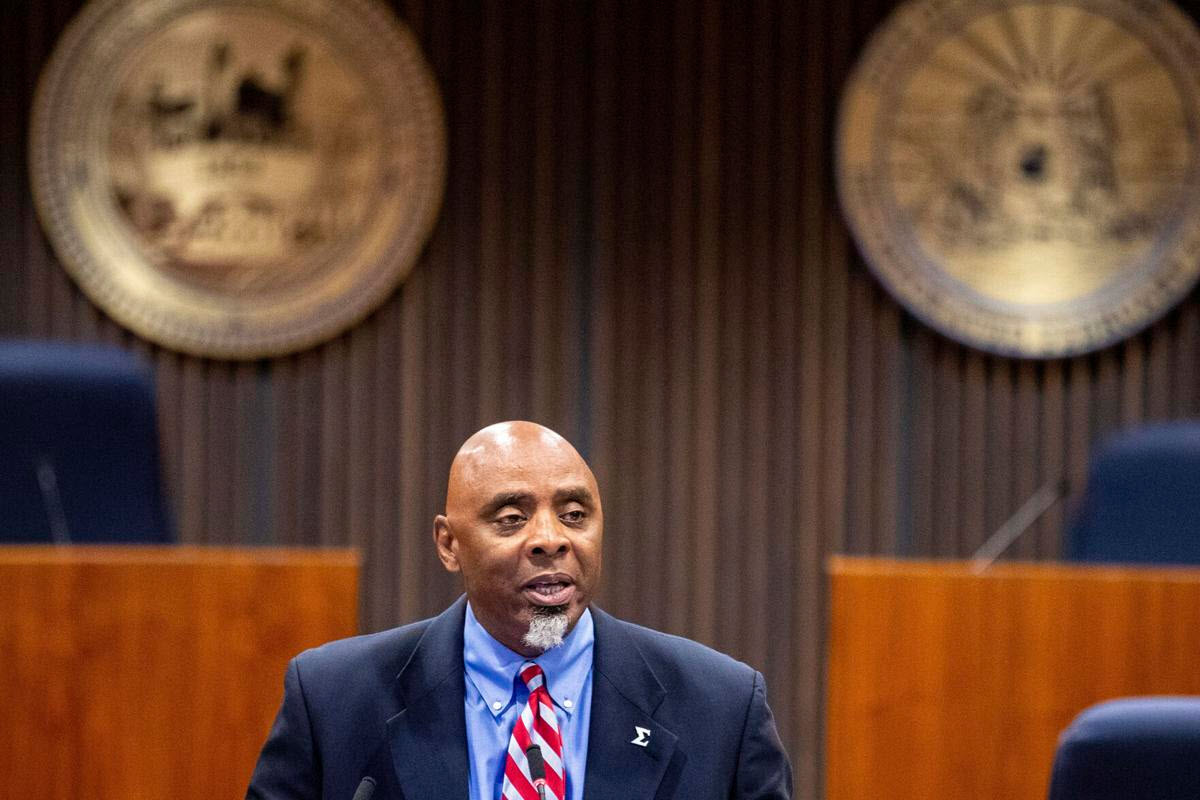 OMAHA, NEBRASKA — A grand jury this week charged 38-year-old white bar owner Jake Gardner for the manslaughter of a 22-year-old Black man, James Scurlock, during the George Floyd protests in downtown Omaha on May 30, 2020.

The grand jury charged Garner with four felony charges, including manslaughter, use of a firearm in the commission of a felony, attempted first-degree assault and terroristic threats.

Frederic Franklin, the special prosecutor who led the grand jury, explained the charges in a press conference.

“The terroristic threat count essentially addresses the conduct of Jake Gardner in the verbal confrontation with James Scurlock,” explained Frederick Franklin, who served as the special prosecutor leading the grand jury.

Video footage showed Gardner brandishing a gun in his waistband as he confronted Scurlock.

Franklin said that the grand jury understood that Gardner was threatening the use of deadly force without being threatened with similar danger himself by Scurlock.

“The count that is the attempted first degree assault is tied to the shot that Jake has been characterized as a warning shot,” Franklin continues.

Franklin said that there were two shots fired before the shot that killed Scurlock, adding up to three shots total. It was the second shot that grand jurors decided was worthy of an attempted first degree assault indictment.

Franklin explained that the use of the firearm count is in connection with all other counts.

With respect to the manslaughter count, Nebraska law defines charging manslaughter when a person is killed intentionally as a result of a sudden quarrel.

Franklin said that the decision of the manslaughter charge does not come solely from video footage that surfaced the media on the encounter. Rather, the evidence comes from Gardner himself.

Franklin did not further explain the evidence due to attorney ethics reasons.

The grand jury did not charge the case as a hate crime. Franklin said he would not have allowed grand jurors to indict solely based on allegations of racism, stating, “Being a racist is not against the law.”

Early in September, Gardner told the Omaha World-Herald that accusations that he is racist is false. Neither Gardner nor his attorney, Stu Dornan, responded for comment.

Though the grand jury found evidence that undermines Kleine’s findings that the shooting was self-defense, Franklin addressed that he has known Kleine for 25 years and knows him to be a person of the “highest integrity.” Therefore, Franklin stated that the grand jury’s indictment should not be taken as a “knock or an indictment against Don Kleine.”

The Douglas County Attorney’s Office assisted Franklin’s team in bringing evidence to the grand jury. The Omaha Police Department and their Chief Todd Schmaderer also cooperated with Franklin and his team by sharing evidence gathered from their investigation.

Franklin reiterated that Gardner is presumed innocent, so friends, family and allies of James Scurlock should not take this time for celebration because these are simply charges.

If convicted, Gardner could face up to 95 years in prison.